Natives fear their lives as Walking Sam haunts them down. 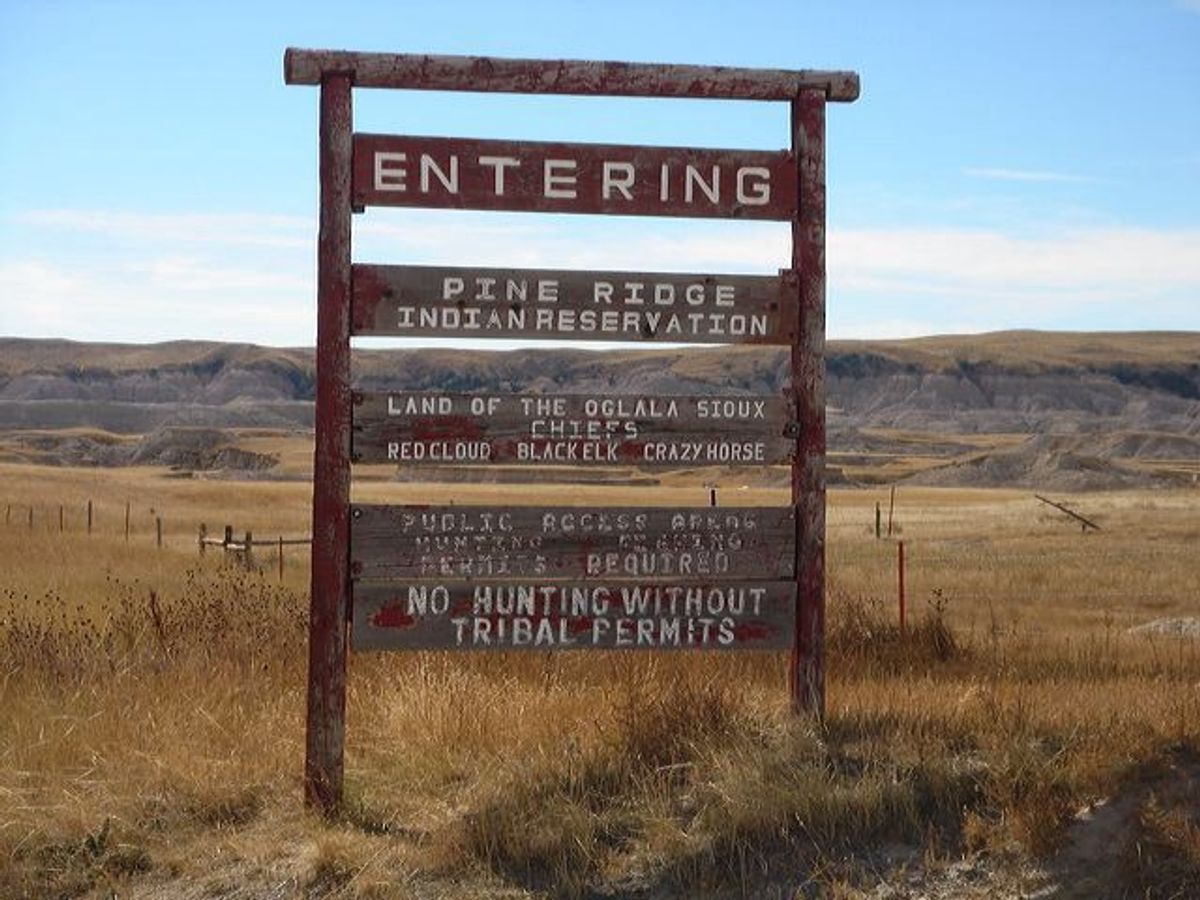 As I write this article my heart breaks, as my people are in crisis. People as young as 12 years old are taking their lives out of fear of an urban legend coming to life, commonly known as Walking Sam.

In order to understand how Walking Sam came about, you must first be told about the shadow people, or stick people, which is what my father called them. Growing up, young native children are told about these shadow people, who are dark demonic forces that stalk reservations and convince their prey that they are not worthy of life. For the Pine Ridge Indian Reservation in South Dakota, these shadow people took the form of Walking Sam. He has been described as a seven foot tall man that has no mouth and wanders the land at night, carrying the bodies of Lakota men and women.

Pine Ridge has been hit by the legend of this haunting figure, with reports saying that he has been strongly encouraging younger tribal members to take their lives because they are not worthy of the company of others. An alarming amount of suicide attempts have been reported since December, with the recorded number being 102. So far nine people have passed away, one as young as 12.

These suicide attempts aren't done alone; they are even happening within groups of children. Pastor John Two Bulls discovered a plan for a group of children to commit suicide, grabbed a group of adults and went to the site right outside of town. Luckily, they caught the group of teenagers before it happened and were able to take down the nooses and get the teens help. There was another attempt reported of a group of girls caught right before, too.

At a meeting for the tribal council at the Cheyenne River Sioux Reservation many stressed their concern about Walking Sam. One elder women even begged for help from the torment Walking Sam is bringing them. She claimed that he can be seen, he can be picked up on police scanners, but still he cannot be caught or stopped.

Many of you reading this may question why adults would believe in this "ghost haunting." It is important to understand the strong connection to the land, creatures, and every living thing the Sioux people have, especially the Lakota, who have an especially strong spirituality. Their connection to their land gives them an unbreakable tie to their past; one that is filled with pain. This horrific past is remembered through their land. As they remember the thousands who have perished on this land, it fuels their souls with more passion for protecting it.

There is another reason why these mass suicide attempts may be happening. The reservation that the tribe lives on is in extreme poverty. The majority of the land is unable to support crop growth, and there is very little clean water. The infant mortality rate is reported to be at record highs, and out of those children who do get the chance to grow up, an astonishing amount are being taken away and put into foster care because of the Indian Child Welfare Act. There is little to live for, and the life expectancy is the lowest on the Western Hemisphere besides Haiti. The reservation is hurting, trying to survive, but losing. Many in the tribe are turning to alcoholism to help them deal with this horrible way of life.

What's even more unfortunate is that they have not been receiving much help from others, until recently in April when the White House stepped in to help recover their plummeting economy. Besides this recent outreach, the Natives have instead been victims of cruel acts of racism. For example, there was one account where students and teachers were drenched in beer while attending a hockey game outside of the reservation. Additionally, many of the children are being bullied both over the internet and in person. In fact, one of the nine who passed away, a female, was victim to a racist act being called a 'filthy Indian' shortly before her death.

As victims of oppression, it is not surprising that their children are seeing life as more of a burden than a pleasure. I beg those reading this to stop and look at the way tribes are being treated. As a member of Cheyenne River Sioux (which is near Pine Ridge), I hurt as they are suffering; as they're begging for help. I do not know if Walking Sam can be stopped, but I do know that we can try to help protect them. we can give them a reason to live and a candle of hope for them to hold in the dark, and to keep them from running into Walking Sam.