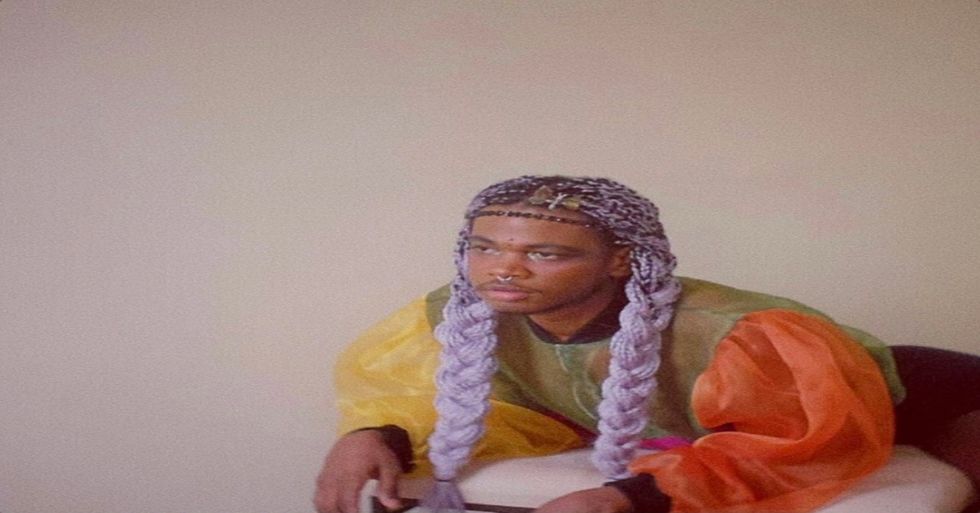 Singer/songwriter Shamir, or Shamir Bailey, has released an assortment of music throughout 2020. Released in March, his album Cataclysm leaned more towards the Rock genre than his prior album, Be the Yee, Here Comes the Haw, which had come out in 2019. Other albums featured in Shamir's discography include; Resolution (2018), Revelations (2017), Hope (2017), and Ratchet (2015).

On October 2nd his latest album, Shamir, came out and successfully blended various genres of music with one another - thus ultimately creating one of the most fun albums of the year to listen to. Featured on the album are smooth Rock guitar riffs, Lo-fi drum beats, and even some Folk/Country vibes the help set the mood of Shamir. Additionally, the tracks "Junglepussy Juice," "River Is About to Die in This Garage," and "There We Go" act as brief interlude segments and felt very engaging to listen to.

The singles, "I Wonder," "Running," and "Other Side" were released before the album officially dropped. These tracks showcased Shamir's unique voice, vocal range, and gave listeners a taste of what they could expect from this album. Through the slower-moving track "I Wonder," Shamir exposes how he is hesitant to know another person romantically through the lyrics, "And I wonder/If you'll be the death of me." Whereas the faster-paced song, "Running" demonstrated how much fun Shamir has by being himself. "Running" blends Rock, and Lo-fi together that created a sound that would befit racing through the city at night. Lyrics to this track, "We'll be free as birds never doing a thing we're told" and, "There's gotta be more to life than these dusty streets we roam" helped to display this idea of being completely free, and doing whatever makes you happy. The final single release, "Other Side" felt like a throwback to Be the Yee, Here Comes the Haw due to its quick rhythm, and Folk-like style. According to an interview Shamir did with Diymag, this song was written about, "a woman whose husband was lost during the Vietnam War and how she never gave up trying to get answers about what happened to him. I wrote this song from her perspective." This quote helped listeners understand the lyrics featured in the second verse, "I got a call, he wasn't fallen/They just couldn't find him/Couldn't put my trust in the country/My my, my my."

Shamir began with the upbeat track "On My Own" which displayed Shamir's unique voice and vocal range. Lyrics in the chorus, "I don't mind to live all on my own/And I never did" sounded anthem-like and made the listener want to sing along. Similarly to "Running," this track also helped to establish that Shamir is going to be their own person, and abide by their own standards. Further, in an interview with Rolling Stone, Shamir stated "I wrote 'On My Own' last summer after a breakup as a way to remind myself that while it sucked to lose someone I was getting used to, at least I'm an introvert." By looking at this quote the listener was able to further understand that being on one's own is okay, and doesn't always have to be a bad thing.

Track three "Paranoia" and track nine "Diet" were two of the most interesting and fun songs to listen to on this album. They both shared an upbeat attitude, while "Paranoia" focuses on anxiety and fear living inside oneself, while "Diet" literally focused on what is inside of oneself. During the chorus of "Diet" the lyrics, "And I just wanna see his insides/And the colors they could be/And maybe taste his blood because I always wanted to try it/But I won't let it become 'part of my diet" helped paint a picture of how deeply Shamir wants to know a person. Obviously, he doesn't literally want to kill someone, but it does sound like he wanted someone to suffer. Whereas the track "Paranoia" sounded as if Shamir is the one suffering. The lyrics in the second verse, "I'm growing old, but there's not much I can do to turn back time/So I'll do everything I can do to slow down my mind" served as a reminder that because Shamir cannot undo the regrets of his past, he will use vices to slow down the present. Shamir also recognizes that he has to live with his regrets, or paranoia, even though he is, "Tired of this confusion and illusion that's built within my brain."

The last two tracks on the album "Pretty When I'm Sad" and "In This Hole" shared a similar and slow rhythm with one other. During the pre-chorus of "Pretty When I'm Sad" Shamir sang the question, "You took me on/What were you on?/What were you thinking?" as if asking the person why they had hurt him. Whereas "In This Hole" Shamir sang, "Leave me in this hole/Was told to find happy the more I grow/But all I feel is ten years too old" ultimately saying that he is constantly met with the opposite of happiness. This also helps to explain the lyrics during the chorus of "Pretty When I'm Sad," "Cause you're pretty when you're mad/And I'm pretty when I'm sad." Represented through these lyrics the listener understands that although Shamir is frequently depressed, at least he is still going to look good.

Overall, Shamir was one of the best albums to listen to of 2020. It featured some of the most upbeat songs, with depressing lyrics – while also encouraging listeners to be themselves. Despite the fact that this album's basic artwork is of Shamir leaning in front of a tan wall, the imagery helped represent what this album is about – Shamir. Each song, even the interlude tracks, helped to distinguish Shamir as a person and artist. Each track the listener moved through allowed them to identify more with Shamir, and helped to recognize that, "There's gotta be more to life than these dusty streets we roam."