My High School Taught Me To Be Afraid Of Sex
Odyssey

My High School Taught Me To Be Afraid Of Sex, But That Did Nothing To Help Me As A Healthy Adult

This kind of education is not only unhelpful, but it's possibly harmful. 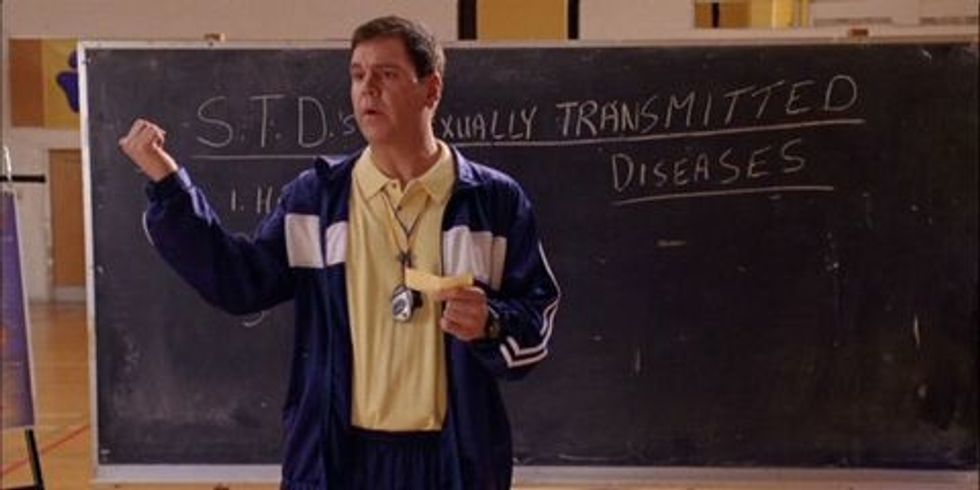 One day in eighth-grade health class, my peers and I were each handed a brand-new brown paperback book called "Quest." We'd heard rumors about this infamous book throughout the last year-and-a-half of middle school, and now it was really in front of us.

It was a workbook, centered around abstinence. This was to be our "sex education."

It included stories, fill-in-the-blanks for the student and their parents to fill out together, and on the last page a contract that we were to sign pledging to not have sex until marriage.

Our next bout of "sex education" was in tenth grade, when we filled out diagrams of genitalia and were shown graphic pictures of STIs. It was a scare tactic. Condoms, or any other form of birth control for that matter, were not mentioned.

I thought this was a normal form of sex education in public secondary schools...until I went to college. Instead of laughing with me about this shared experience my peers would say, "Wait, that's a thing? That was really your sex ed?"

Sex is not nearly as taboo as it used to be. With the evolution of the internet and home computers, kids are bound to learn about sex sooner rather than later — whether it's online or from their friends.

Sex is a natural, enjoyable thing. You can talk to young people about the risk of pregnancy and STIs all you want, but that won't stop all of them from doing it from that information alone. I'd like to ask my alma mater's administrators: Would you rather keep kids in the dark about protection and continue to see teen pregnancy every year, or teach them how to do it safely — just in case? I think the answer is easy.

I went to a public high school. No religious affiliation whatsoever. If you believe in abstinence, whether it's tied to your religion or not, great. But not everyone does. In a public-school setting, there's no reason why proper sex education, including LGBT+ sex education, shouldn't be available to everyone. If parents don't want their kids learning about sex in school, they can intervene or send their kids to a religion-affiliated school.

Abortion is a hot button topic right now and connected to that is proper sex education. Yes, rape exists, and freak accidents happen. However, a lot of unplanned pregnancies, especially those by young people, could be prevented by knowing how to protect themselves in the first place.

Teach them that it's something they shouldn't be ashamed of wanting, but that they can wait however long they feel comfortable. Teach them to love their bodies. Teach them what consent means, the warning signs of an unhealthy sexual relationship.

Abstinence-only education should have been left in 1950, but unfortunately, it still exists around the country — including in my hometown. To those schools, I say shame on you, because every year you're only setting your students up for confusion and putting them in danger.