I Learned A Lot More Than Just Sex And The City From Watching 'Sex And The City'
Odyssey
CurrentlySwoonLifestyleHealth & WellnessStudent LifeContent InspirationEntertainmentPolitics and ActivismSportsAdulting
About usAdvertiseTermsPrivacyDMCAContact us
® 2023 ODYSSEY
Welcome back
Sign in to comment to your favorite stories, participate in your community and interact with your friends
or
LOG IN WITH FACEBOOK
No account? Create one
Start writing a post
Entertainment 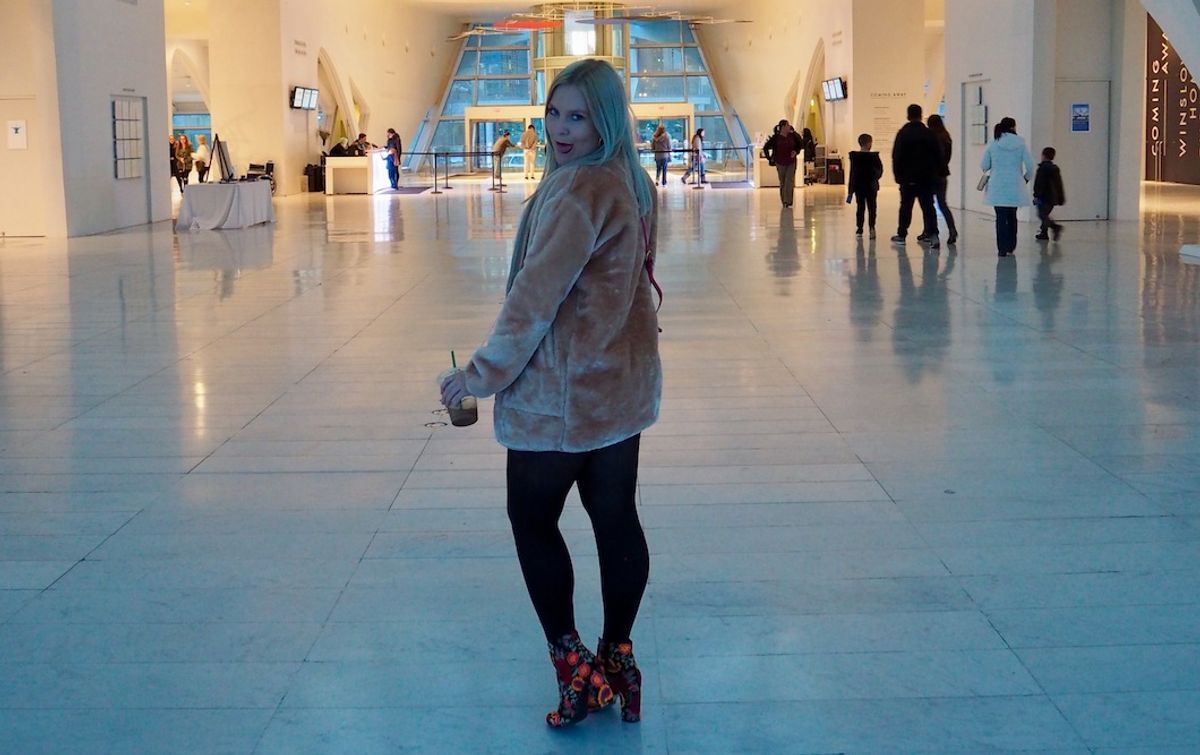 It's that stereotypical tv show that you would assume is exactly what it sounds like. The plot of four women in the monogamous city of New York. Most people would roll their eyes at the sound of this show, however, I learned so much more from it.

I learned that it could take years and mistakes to find "the one."

Sure there is that one perfect man or woman out there for you and you too could find your perfect Mr.Big, but a majority of the show is based on bad relationships and this is exactly what my 20-year-old mind needed to see. Carrie met Mr.Big 10 years prior to knowing he would be the one she would end up with, and even then their relationship involved a lot of ups and downs. There were weird hookups in between and those are okay, some people need those. There were also some really great people in between which taught lessons.

I learned that not all broken relationships are a waste.

I personally get so caught up in every relationship thinking "either this is the guy I'm going to marry or we will break up" this is far too high of a concept for a 20-year-old to be thinking, and that is why I am grateful for the show Sex in the City. It changed my thinking to 'even if this relationship doesn't work out, I learned something from it.'

I now believe relationships are sometimes necessary even if it doesn't work out in the end, because truth be told you learn a lot about what you want in your significant other and in yourself when you reflect back on what you did and didn't like about your broken relationships.

I learned to have the confidence to wear what I want to wear.

Sure the T.V. show was based in the 80's and the 90's and some outfits were just downright out there, That didn't stop Carrie from pairing leopard print with polka dots and still manage to be the best looking one in the room. I admire the show for giving each character such different styles and each woman completely working them. Like placing Samantha in a deep "v" button down suit and the tallest pair of heels because she is a boss lady.

Or sweet Charlotte in a sundress and sunhat looking like she was going to a derby each day. And my favorite part of the show's fashion was Carrie's closet, not only did it become a problem in multiple episodes due to the size and price, but people still envied her for it and couldn't be mad because she worked every single outfit she put on.

So take that mom and dad, yes "I like my money where I can see it, hanging in my closet."(a direct Carrie Bradshaw quote) All in all, I've always felt I have had a more out there sense of style and sometimes I'm scared others might not understand it. I now don't even worry about what others would think because Carrie could be wearing an outfit I completely didn't understand at the beginning of the episode and by the end of the episode, I was wishing I was wearing what she was.

I learned it's okay to be single and do you.

I hate to admit it but my favorite character of the show, Carrie actually at times bothered me because of how needy she was at times for a man and a relationship, at this point I began to admire the character, Samantha. Samantha played a character who was older than all of her friends and never once complained about being lonely and needing a man to make her feel whole (MAD PROPS TO YOU GIRLFRIEND).

Samatha was just too busy with her career which she had loved and felt she had all the love that she needed from her friends, so why even try to settle with a man? After watching the show I realized how important it is to take the time for yourself and figure out what you want prior to settling down because settling down could change what you want to even do or where you want to go in your career field or to live. Live first, and maybe just maybe along the way someone will fall into your life.

From awful relationships to horrible outfit choices, and just awkward moments that are unforgettable (like Charlotte pooping her pants) The women in the show remain nothing but there for each other. And even when they don't support their friend's decisions, like Carrie dating Big and then not dating him and then dating him again and so on and so forth.

No matter what your friends do respect their decisions, but don't go without giving your true opinion after all your friend's opinions are what matter the most. and I mean who doesn't know you better than your friends you tell them literally everything. Remember when your friends were there for you when they may need a little extra care, ditch your man or your selfish night in, grab a bottle of wine and Chinese or in the case of the show, put on your best outfit and get ready to get your friend drunk with some cosmos.

Whatever you do, remember your friends, and remember the table you have every Saturday morning at your favorite brunch spot with them cause those are the true precious moments you'll have in your life.

So whether it be relationships, friendships, sex, or fashion, go live your own Carrie Bradshaw lifestyle. Figure out what you want, figure out where you want to be, and figure out something fabulous to wear along with way, but most importantly thank the people who are there with you, your friends.