9 Things You Need To Know About Celiac Disease

As Somebody With Celiac Disease, Here Are 9 Things I Need You To Know

September is National Disease Literacy Month, so it's time we increased our education. 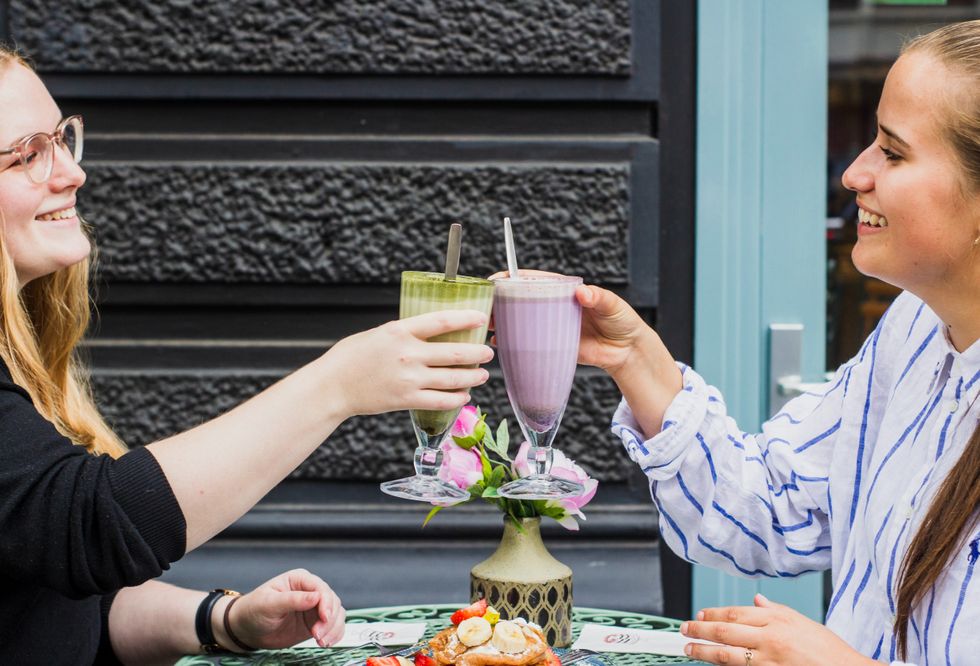 You may know someone with celiac disease, or maybe you have never even heard of it. Regardless, celiac disease is a severe autoimmune disorder that affects the digestive system. Around one percent of the population lives with the condition. Public awareness is crucial, as untreated celiac disease poses severe medical complications.

I received a diagnosis at thirteen years old, despite having symptoms since birth. In the early 2000s, it was not entirely understood or easily recognized by pediatricians as it is today. Sadly, most people still do not receive a diagnosis for four years or longer, despite being symptomatic. The longer the diagnosis takes, the more likely it is for the person to develop other complications related to the disease. Awareness is key.

1. The only cure is a gluten-free diet.

When a person with celiac disease consumes gluten, their immune system treats gluten as a foreign invader, attacking the small intestines in response. Over time, the intestines become so damaged that they cannot absorb nutrients any more, which leads to even more problems. Logically, by not consuming gluten, the intestines have nothing to attack, making healing possible.

There is no medication for this autoimmune disorder. The only scientifically proven treatment is a lifelong gluten-free diet. We do not have a choice really — it's either gluten or death.

2. Celiac disease is not the same as a wheat/gluten allergy or intolerance.

Allergies and intolerances are severe dietary restrictions that make life difficult for those affected. Although the celiac disease may seem like the same thing as an allergy, it is actually not. An allergy can cause a visible response such as hives, swelling, or itching due to specific antibodies' release. With celiac disease, you cannot always see a problem — you just know the iceberg's tip. Meanwhile, the reaction is internal, and it destroys the cells of the intestines. You can grow out of an allergy as well as treat an allergic reaction, but celiac disease is chronic and can only be controlled through a gluten-free diet.

If eating gluten is the problem, why do people have symptoms that aren't in their stomachs? This is an excellent question. Due to the amount of inflammation in the body, other organs and body systems become affected too. You could have bone and joint pain, fatigue, a skin rash, or depression and anxiety due to celiac disease. Autoimmune disorders tend to roll that way.

You would think given all the crazy fad diets society promotes, gluten-free food would be accessible anywhere. Nope! Apparently, having a severe medical condition is not as important as sticking to Keto. Most places do not have gluten-free options. Even certain grocery stores have minimal gluten-free food items, which costs more than regular food! On-campus, it is surprisingly hard to find food I can actually eat. Options are very few and far between.

5. Going out to eat is challenging.

Again, most restaurants have yet to learn about the celiac disease population. Today, a majority of places have created good options, but it depends on where you are. Larger cities, such as New York or Philly, are more likely to have a wide selection due to their populations. But rural, middle of nowhere places in Pennsylvania have not yet jumped on the bandwagon.

6. Please stop asking what happens if I eat gluten.

Seriously, it gets old, and I do not have a straightforward answer. Celiac can manifest differently from person to person. I will not die on the spot if I accidentally eat gluten, if that's what you think. Instead, a series of damaging biologic processes occur, which will hurt me long term.

7. It is a chronic autoimmune disorder.

If you have it, you will always have it, and there's no getting rid of it. You learn to accept this reality, and it eventually it doesn't bother you as much.

8. "Do you miss certain foods?" Well, it's a complicated answer.

I had 13 years of eating regular food. While I don't remember the taste of everything, sometimes I miss being able to eat pizza or bread. The texture is entirely different in gluten-free food. You can find gluten-free versions of most things if you look hard enough, but it is definitely not the same. While I feel amazing now that I am not ill, I sometimes miss regular food, but I know I can't have it ever again.

9. No, not all gluten-free food tastes disgusting.

The texture may be weird, but certain foods just hit differently. I have friends who purposefully buy gluten-free pretzels because they say it tastes better than regular ones! Being gluten-free isn't all that bad. It may be an acquired taste for some people, but it is delicious to me!

Having celiac disease is challenging, but it's not terrible. In raising awareness, we can help other people understand this condition and help those who have it.