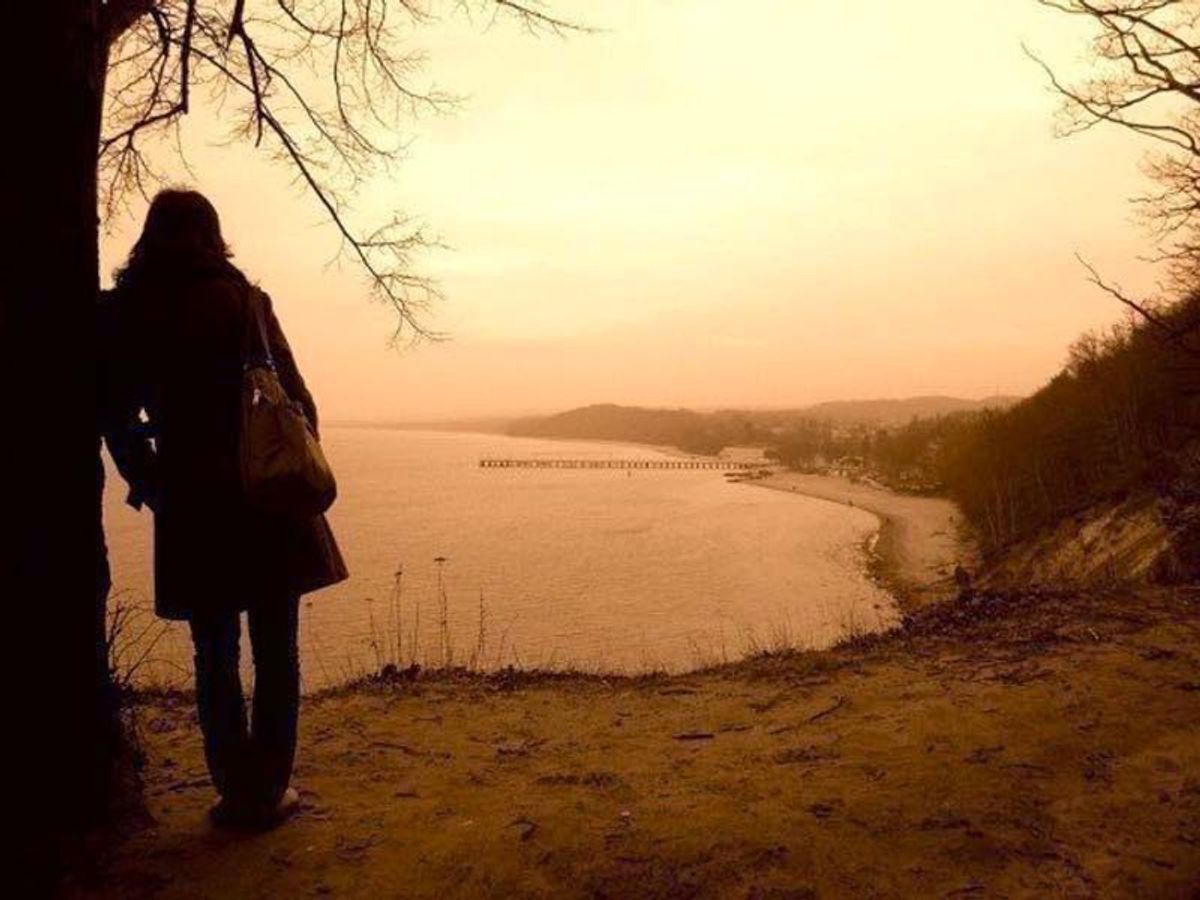 Ah, the Senior Scramble. What a time to be alive. Before I go any further I guess I should define just what I mean by "The Senior Scramble" for all the non-college students and those fortunate enough to attend a college where this is not a frequently referenced term. The Senior Scramble is a phrase used to reference those who, under the pressure of the nearing end of college, feel the need to go into overdrive in their search for a mate with the hopes of securing one before we all graduate and go our own ways. Personally, I don’t know how much of a real thing this is among seniors, but looking at how many engaged couples there are in our grade combined with all the recent questioning from elderly family members during any and every Holiday gathering, I think it’s safe to say that single seniors may definitely be feeling a little pressured.

Before I go any further I just want to clarify that my goal for this article is not to be mean or judgmental to any new senior couples. I’m super hyped for you, and pray that your relationship will be one that continually brings glory to God and brings you both closer to Him! That being said, this article is for all the seniors that feel left out, lonely, or less than because of their singleness.

Living on a college campus is a great thing. You see your friends all the time, you don’t need to worry about commuting, and there is generally a lot going on. All cool stuff, but one thing I’ve noticed is that when you take something that is slightly important/common in the general population and then make that apart of campus life, it becomes a much bigger concern than it actually is. Seniors, especially at a Christian college, see their friends and classmates getting engaged, and they begin to feel like they are, in some way, behind schedule. Like there actually is a schedule for when things need to be completed in one’s lifetime. It sounds silly when you think about it, but in reality it can be a source of stress and anxiety about one's singleness.

What I always find most helpful when faced with something like this is to look at the actual facts of the situation. Let’s take our country as a whole. According to the U.S. Census Bureau, the average age of marriage in 2016 was around 27.5 for women and 29.5 for men. With the average age of college graduates being around 22, we shouldn’t have any need to worry, right? We shouldn’t worry, but we still do.

We still do, but this isn’t how it has to be. For example, I’m one to overthink everything. I was sharing this struggle with a friend once and saying how I was likely going to leave that conversation and go overthink it. I was speaking like it was just a fact. Like it was something that had to happen. She immediately responded by reminding me that it doesn’t have to be this way. I may have been overthinking things since I was little, but it doesn’t have to be that way forever. Similarly, even though your past might have been filled with years of being jealous of couples or feeling less than because you’re single, doesn’t mean you need to anymore.

In math we may have learned that 1 is less than 2, but, in life, being single doesn't make you less than those who aren't. Senior Scramble doesn’t need to be a phrase that defines your senior year. Acknowledge that in the American population many people our age aren't getting married, and, most importantly, rest in the assurance that God has a plan for your life, and if that plan doesn’t include a significant other right now, that’s totally okay.

“You will keep in perfect peace all who trust in you, all those whose thoughts are fixed on you. Trust in the Lord always, for the Lord God is the eternal Rock.” Isaiah 26:3-4

“Many are the plans in a person’s heart, but it is the Lord’s purpose that prevails.” Proverbs 19:21