It's Okay To Be Scared.

If You're Scared Of Trump Being Re-Elected, You're Not Alone 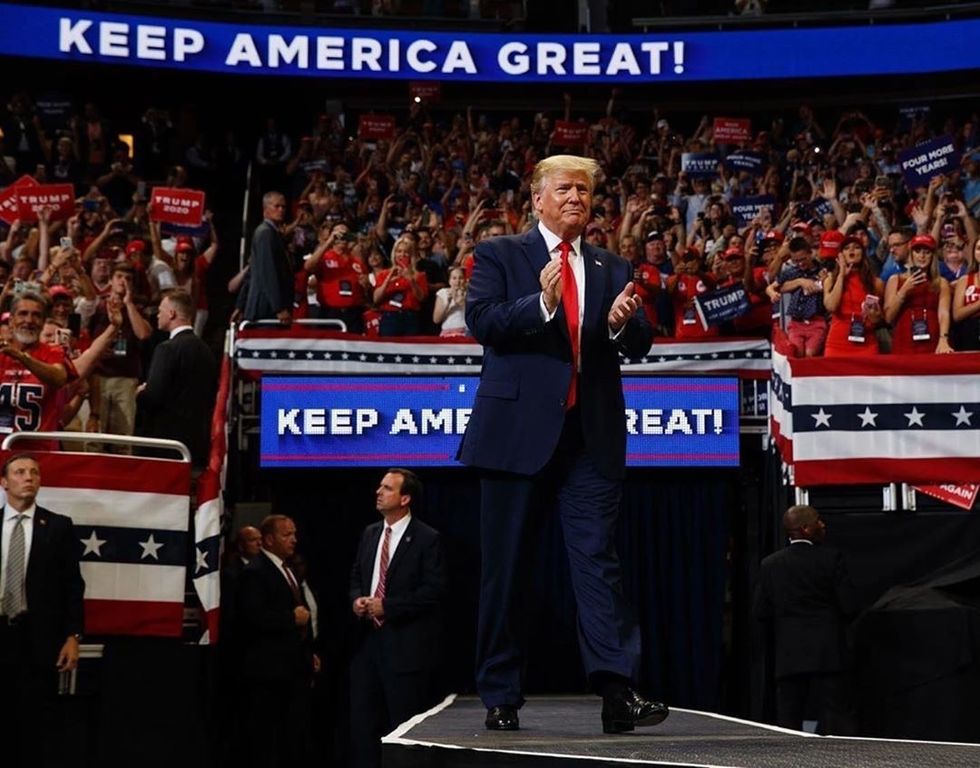 On Tuesday Trump held one of his infamous rallies in Orlando, Florida. This rally marked the launch of his re-election campaign, which means that America's nightmare has decided he deserves another term in the Oval Office.

Here's the deal. Trump acts like he's an underdog in the political game and that he isn't part of the "elite" that he so joyously denounces. That's why people like him. But unlike in 2016, he's not an underdog this time around. He's technically the front runner because presidents that run for re-election tend to have the upper-hand throughout the campaigning process.

But Trump is an underdog in a sense. He's trailing in every national poll by a good margin. His most formidable opponents, Democrats like Joe Biden and Elizabeth Warren, are beating him in the area where he won big before - the electoral college. In fact, he's even behind in his own internal polls. Yikes.

But we've been here before right? Wasn't Hillary Clinton projected to win in 2016 by almost 100%? She was literally supposed to crush him and instead we wound up with Trump as the leader of the free world.

This seems a little premature, but it's not. Especially if this MAGA era has brought fear to your life or the life of someone you know, it's never too late to start advocating for change and educating yourself and others about how we can have a role in the shaping of our government.

Educating yourself can be as simple as going to a candidates website and reading their platform, or staying engaged with the news every day.

A lot of people think that when they vote it doesn't matter. So then they stop voting, which is part of the reason we got into this mess in the first place. There are also people actively working to make sure that some people do not have a chance to vote in this country. Polling places are poorly run, people can't get off work, whatever it may be.

So this all sounds pretty bad right? What can we even do to help out? Does it even matter?

Below is a link to the volunteer page of Rock the Vote, an organization dedicated to making sure every American citizen has the right to be heard. You can make a difference because you matter.