Since most restaurants are only in business for pick-up, take this opportunity to teach a life principle in nutrition 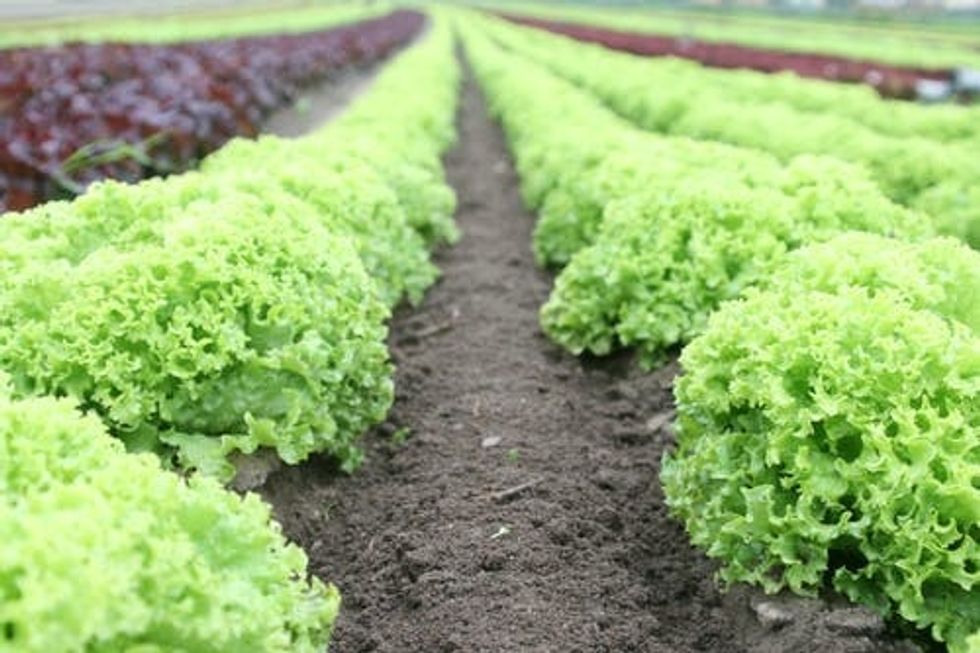 I was fortunate to grow up in the country and have the availability of a huge garden every spring. Of course, it did not just appear all by itself - it took a lot of work early on beginning in the fall of the year. Dad and I would take the wheelbarrow down our steep driveway (an exercise that really utilized those calf muscles while I put on the "brakes" so the wheelbarrow didn't drag me down the hill), down to the lower cow pasture - part of the land that adjoined my dad's land, that belonged to our neighbor and was the home for multiple cows. Cows being creatures of habit, we would pick the time of the day when the cows were on the upper part of the pasture, just over the hill. We would open the fence, and take the wheelbarrow into the pasture where, you guessed it, we'd shovel multiple piles of cow patties into the wheelbarrow. This was another time when a face-mask would have been beneficial, but since they were not so prevalent back then, you just learned to mouth breathe. After we had the wheelbarrow pretty full, dad would take over wheeling our "collection" back up the driveway and up to our garden spot, a huge parcel of land situated just above our house.

Then came the fun part. Dad would gas up the tiller, crank it and get it running good, and then after he had tilled the ground for the first time to turn under the leftover remnants of the fall harvest, he'd let me make the second run. This second "tilling" of the ground helped to soften the earth and work all those dead plants and nutrients into the soil. Then came the stinky part - tilling the manure into the dirt (mouth breathing time again).

Though this part was hard on the olfactory senses, it was really a kind of lesson in plant biology. That manure placed vital nutrients back into the soil the previous year's crops had depleted, thereby making the bountiful harvest we would enjoy on our tables the next year.

That tilling of the soil made for some really good lessons for me about hard work and reaping the benefits. I think mostly though, it was the time working alongside my dad that meant the most to me. He never left me alone while running the tiller, and we laughed together the first time I used this, I would learn, vital garden tool. I pulled up on the handles when I wanted it to go forward instead of pushing down, and instead of moving ahead as I thought it would, it just kept digging deeper until dad laughingly hollered over the loud machine, "stop, I see rice, I think you have dug to China!" He then came over and showed me what he meant by getting it to move forward, and I was off again.

It is difficult when we are in the midst of challenging times not to focus on the fear and uncertainty, especially as we see lives succumbing to this virus. But, just like the bite into the first savory radish of the season nestled on top of the leaf lettuce freshly picked from the garden, if we look, we can find the rainbow arching over the clouds.

I have taken this opportunity to delve deeper into healthier food choices and my husband noticed this morning, he had to go tighten his belt a notch because what he is eating at home is stocked full of nutrients and less filled with the fatty ingredients he would get at the fast-food places he often had to choose at lunchtime during his break.

Just one example; I read this morning that 1/3-cup of blueberries only has 28 calories compared to the same 1/3-cup of dried blueberries boasting a whomping 180 calories. That's a significant difference in my cereal in the morning!

My family and I love Mexican food. Since we are fixing it at home now, I read that a chicken enchilada or beef taco are the healthiest choices, the first at 270 calories, the second 320. The reason: When you fix them at home, you can choose to leave off the rice and beans, or at least choose a smaller portion of them, so you can cut a lot of calories and fat. It turns out that the beef taco has "fewer calories and less sodium" than the fish variety (Cooking Light, November 2010, p. 64). [I picked up this magazine at my local public library for 10 cents before they closed up - I make use of this great price on pertinent magazines each time I go to return or pick up a book].

Just as we enjoyed the "fruits" and vegetables of our labor in the summer months when I was growing up, you can use this time to focus on ways to boost your body's unique disease-fighting mechanisms by adding healthful items to your diet. Make it an activity the whole family can get involved in. The lessons I learned about nutrition, hard work, and family time up there digging in the garden with my dad have stayed with me all my life. They are some of the best memories I have. I'd be willing to bet your family would feel the same way, and their bodies will be better equipped to weather life's storms!