In the wake of the death of one of its Stars, a look back at one of the most influential animated shows of all time 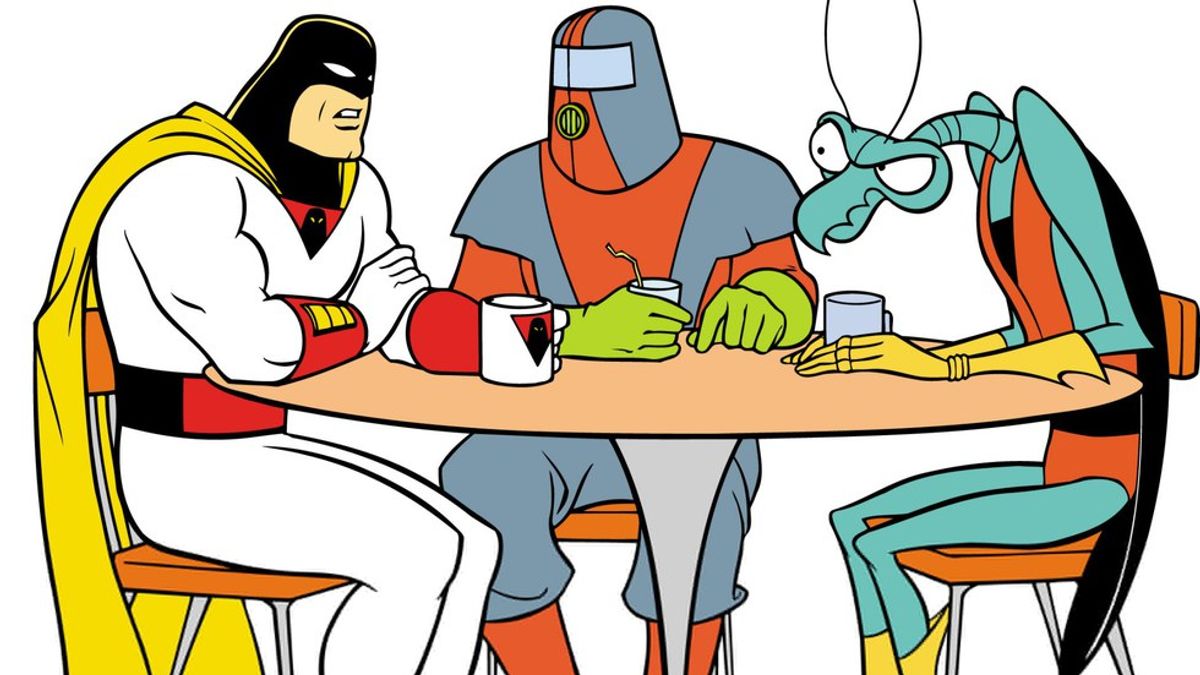 Two days ago, Clay Martin Croker, best known as the characters of Zorak and Molar on the mid 90's to early 00's late night cartoon Space Ghost Coast to Coast, died tragically at the age of 47. There's a good chance you may not recognize his name, but for someone like me, an animation buff who has followed the late night programming block Adult Swim since its inception, it both saddened me and also made me reflect of Space Ghost Coast to Coast and the tremendous influence its had.

For the uninitiated, the premise of the show is , ostensibly, Space Ghost, an intergalactic superhero tries to run a late night talk show -- the guests being the only thing not animate -- with the forced help of a few of his captured arch enemies, including Zorak, Molar, and Brak. Although it's presented as a talk show, more often than not Coast to Coast ignores its live action guest stars in favor of the more-often-than-not ridiculous antics of the "behind the scenes" where Space Ghost's enemies constantly undermine his authority and interrupt his show with cunning remarks and the occasional wild bear attack.

Created by Mike Lazzo, Space ghost coast-to-coast was launched in 1994. To call the show low budget would be generous. The shows look with stitch together using animation samples from space coast as well as other Hanna-Barbera cartoons, which themselves were bargain basement. Making space coast the custom-made furniture created from thrift shop materials equivalent of television shows. But there was something about its patch together look that was strangely appealing. The show was so... absurd and it's visuals. It was so obviously can't together that it baffles the mind that it could even be on a cable television show. But a laughably bad aesthetic alone wouldn't be enough to propel Coast to Coast into the annals of classic television, The writing was almost equally baffling. Lines like "That is old Kentucky shark and he has been there," (a personal favorite of mine) barely ever made sense in context, and more often than not the shows talk show format was brushed aside so space coast could bicker with his co-hosts and crew.

The show always seemed to be on the verge of collapsing under the weight of its own absurdity, but it was the writing, finding the perfect balance between abstract print humor and the chemistry between the principal characters that held it all together. That, and the show's anything-goes attitude. Moreso than almost any other show on television, Space Ghost was a show where literally anything could happen. More often than not this left the show's guests, whose interviews were edited together in an often nonsensical manner the only grounding force. But Space Ghost wasn't about asking Slash about his new album, or getting into the head of celebrities. Space Ghost was televised anarchy, and it was the voice cast, including the late Clay Martin Croker, George Lowe as Space Ghost, and Andy Merrill as Brak, that kept viewers laughing all the way through.

Space Ghost Coast to Coast became the forerunner of Cartoon Network's Adult Swim programming block, and the epicenter when it launched in 2001, also with shows like Aqua Teen Hunger Force , Sealab 2021 , and Harvey Birdman Attorney at Law , many of them featuring characters who had originally appeared on Space Ghost . Even after the show went off the air in 2004, its influence can still be felt. Recent shows like Rick and Morty and especially The Eric Andre Show all still carry on many of the elements and surrealist comedic touches that Space Ghost pioneered. The 1990's was full of influential shows that changed the face of television for the twenty-first century, but Space Ghost is sadly often overlooked in just how much of an effect its had, not just on Cartoon Network, but almost every animated sitcom since. It proved that audiences were willing and ready for the surreal and weird if done with talent. And that you didn't need expensive animation to make a quality show.

I realize this article hasn't mentioned Croker a lot, not because his role was insignificant -- Zorak was the fan favorite, and who helped stoke the flames of show's silliness -- Space Ghost was Croker's only real starring role. With the exception of the spin-offs Cartoon Planet and The Brak Show where he played the same characters and the occasional guest appearance, he was mostly an animator who worked behind the scenes. But his role in the creation of Space Ghost and the Adult Swim style of animation was incredibly significant. Though his name may not be as recognizable as some Adult Swim stars, his presence remains imprinted upon every show that has come since and many that will come in the future. It is a legacy of laughter that will live on. And so I shall end this article the only way I know how, with one of my personal favorite Zorak moments: