A Review Of THE WLDLFE, A Future Sensation
Odyssey

A Review Of THE WLDLFE, A Future Sensation

For all those who haven't heard of THE WLDLFE but need to. 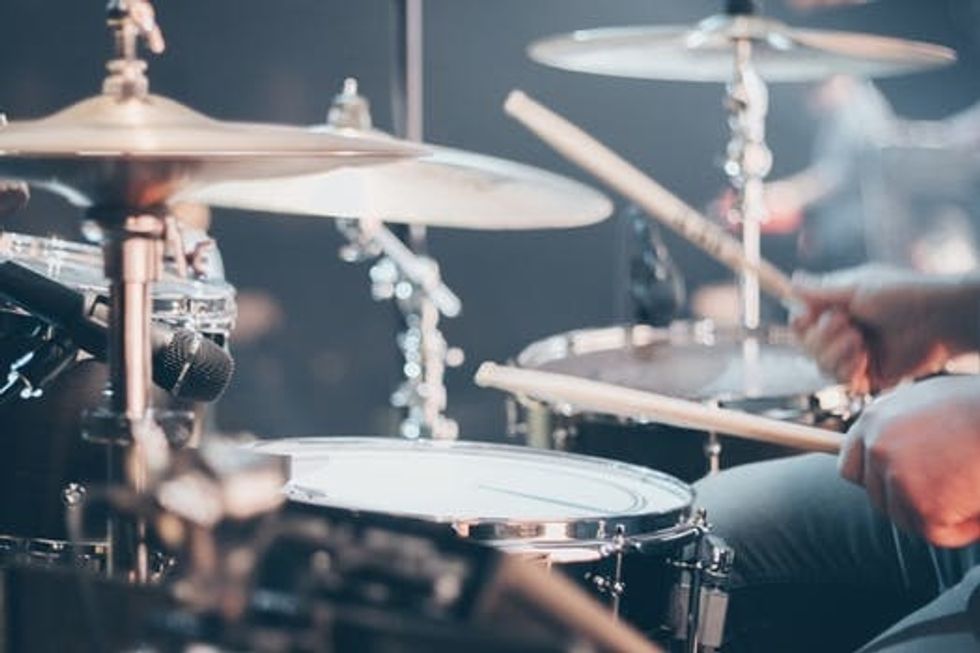 Downpours and flooded cobblestone streets on Friday night were unable to dissuade the deluge of young adults crowding into Speakertree Records—Lynchburg's asylum for the vinyl and paraphernalia of past generations still loved by the present. Rhineland and Gray – Lynchburg locals – were opening for up-and-coming band, THE WLDLFE.

Rhineland and Gray's support came from a crowd that mostly knew the singers in a more intimate fashion than the typical local band due to the fact that many of the band members were Liberty University students—past or prior. Fans nodded their heads in agreeance with the beat and vocals of their friends and acquaintances, and students exclaimed their love for their friends on stage while they played.

After the opening acts cleared the area, music played over the audio system as fans grew restless for THE WLDLFE's performance. For several in the audience, including my friends and I, this night was an expectation of a $10 diversion on a Friday night, and not much more. Others started calling out for the band to make an appearance as the minutes dragged on. An unfamiliar blend of suspenseful, electronic music commenced over the loudspeakers and announced, "You are now listening to 'I'm Not Worried Anymore' by THE WLDLFE." At the end note of the song, the band emerged and began with "Addicted" from their new album "I'm Not Worried Anymore," and the room was immediately hooked on their sound.

Jansen's commanding stage presence and vocals turned every listener into a fan girl; and the other band members' interactions with their instruments gave the impression that the instruments were merely another appendage to the band as a body rather than a separate entity. Immediately, the room was compelled to move to every beat of every note the band played. A $10 diversion had become the induction into a new band's following.

With every song, I was becoming more and more infatuated by the quality of this band's music and their familiarity and unity with each other and each song. Their performance was an embodiment of their music.

At the end of the concert, I was able to come in contact with the lead singer, Jansen Hogan, who was just as personable as he was talented, and ask him some questions about the band's background and dynamic.

This upcoming January will mark the three-year anniversary of THE WLDLFE's beginning that started in Anderson College in Indiana with two brothers, Jansen and Carter, who slowly made connections with the rest of the band members—Jack, Jason, and Geoffrey. Since then, the band has steadily made traction with songs like "Waterfall," that has over a million listens on Spotify and been on several tours that have gained them opportunities like opening for Halsey.

When asked about the reality of the inspiration behind many of their songs, Jansen admitted, "A lot of it is personal experience. I'd say some of it is conceptual, too. It's based on personal experience, but it's not all about a specific situation." (In other words, fans will have to continue theorizing about Lacy's identity, but there is a possibility she's as real as THE WLDLFE's fans.)

I made a remark about my astonishment over how well they seemed to play together and sounded like a unit creating music, rather than five musicians allotted a part, and Jensen laughed. "Tonight, it was hard because here, we weren't able to play with ears and we didn't have monitors—so it was a bit of a challenge. But it's fun, and definitely in those situations, we definitely have to rely on each other a lot."

The magic was in the raw of the performance, for me. There was no editing or autotuning to erase imperfections, and without the ears and monitors normally afforded to performers, THE WLDLFE relied on how well they knew their creation of this art and the trust they had in each other.

Although THE WLDLFE is still making their rise from college dorm room practices and concerts with handfuls of friends, I believe that their music will soon be infecting the hearts of millions of future fans.