Review: "A Good Man Is Hard To Find" By Flannery O'Connor
Odyssey

Review: "A Good Man Is Hard To Find" By Flannery O'Connor 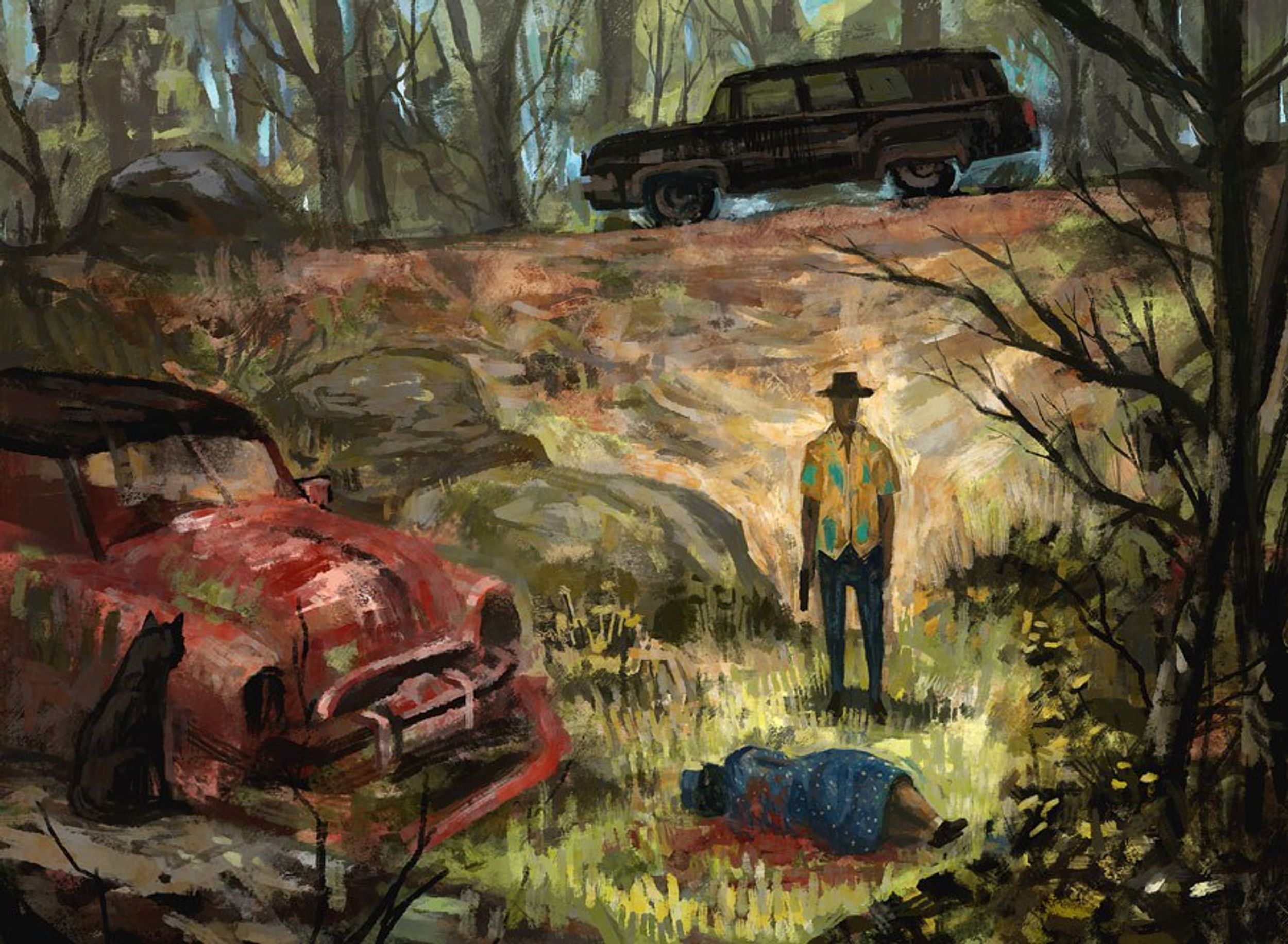 Sometimes while on a journey, the final destination remains different than the original plan. In the story "A Good Man Is Hard to Find," by Flannery O'Connor, the grandma unintentionally leads her family into the face of danger. Although she is depicted as a seemingly "good" character, the grandma holds responsibility for the death of her family because she fails to recognize the multiple warnings of their upcoming encounter with a convict, The Misfit. While the unexpected violence remains shocking, O'Connor intentionally uses indicative foreshadowing to expose the destructive path the grandma consistently chooses when confronted by good versus evil.

Irony in the story creates a deceitful journey where characters are confronted with which direction will lead the way. While this is prevalent through the grandma's speech and actions, she consistently contradicts the thoughts she states early on. In the beginning of the story, she explains to the family how The Misfit is on the loose and heading towards Florida while claiming, "I wouldn't take my children in any direction with a criminal like that aloose in it." Even though the family overruled the grandmother's opinion, she was still the first one in the car the next morning anxiously awaiting the trip. Her concern for danger progressively diminishes compared to her original statement and instead, the excitement for the venture overrides her knowledge. Furthermore, the grandma consistently expresses the inability to trust anyone nowadays, claiming the search for a truly good man is a difficult task. Yet in a time of need, when the accident occurs, the grandma finds herself relying on anyone who comes down the road to help out. Unfortunately, she crosses paths with The Misfit but still pleads for safety, trying to convince him that deep down she knows he is a good man. Of course, when faced with an obstacle, she succumbs to evil, disregarding her instinctive knowledge. If the grandma had listened to the given warnings she recognized from the start, then a successful journey would have resulted.

The implied death of the grandma and her family begins early within the story, yet she still chooses to disregard the warnings offered. It is almost difficult to understand how the family failed to recognize the constant signs which lead straight into danger. While preparing for the road trip, the grandma dresses in her Sunday best in the chance an accident may occur so "anyone seeing her dead on the highway would know at once she was a lady." This is an abnormal thought to consider when getting ready; she is dressing in her best, similarly to how the deceased individual is prepared before the burial. Additionally, while continuing on their journey, the family passes a field which contains five or six graves. As this contributes to the mysterious mood and path they are headed towards, the number of tombs happens to match the number of family members inside the car. Yet once again, the family thinks nothing of it and continues anyways down a "dirt road" following "sharp curves on dangerous embankments" towards the town of Toombsboro, another sign of death reflected just within the name as the setting implies misfortune. Furthermore after the car accident occurs, the grandma notices an approaching "big black battered hearse-like automobile." Representing evil, as the Misfit approaches, death lingers and becomes imminent. Once the family is killed, it is clear the grandma's death will proceed, as mentioned in the beginning of the story, "she has to go everywhere we go." While there were many instances that allowed for the family to avoid their destined fate, the grandma's stubborn and incognizant behavior cost them their lives.

Even when all the signs leading towards misfortune are given, the grandma still chooses to disregard her knowledge and act upon her instincts. While she is considered to be one of the morally good characters, she really is just as guilty as The Misfit. If she had decided to stay home from the trip, none of the events would have taken place and the final outcome would have been completely different. She caused a chain of events which lead to danger and death, while ignoring all the signs that blatantly warned her the destructive path ahead. Evil consumed her and always managed to win.

Caitlyn Morral
St Bonaventure University
1101
Wordpress
Odyssey recognizes that mental well-being is a huge component of physical wellness. Our mission this month is to bring about awareness & normality to conversations around mental health from our community. Let's recognize the common symptoms and encourage the help needed without judgement or prejudice. Life's a tough journey, we are here for you and want to hear from you.