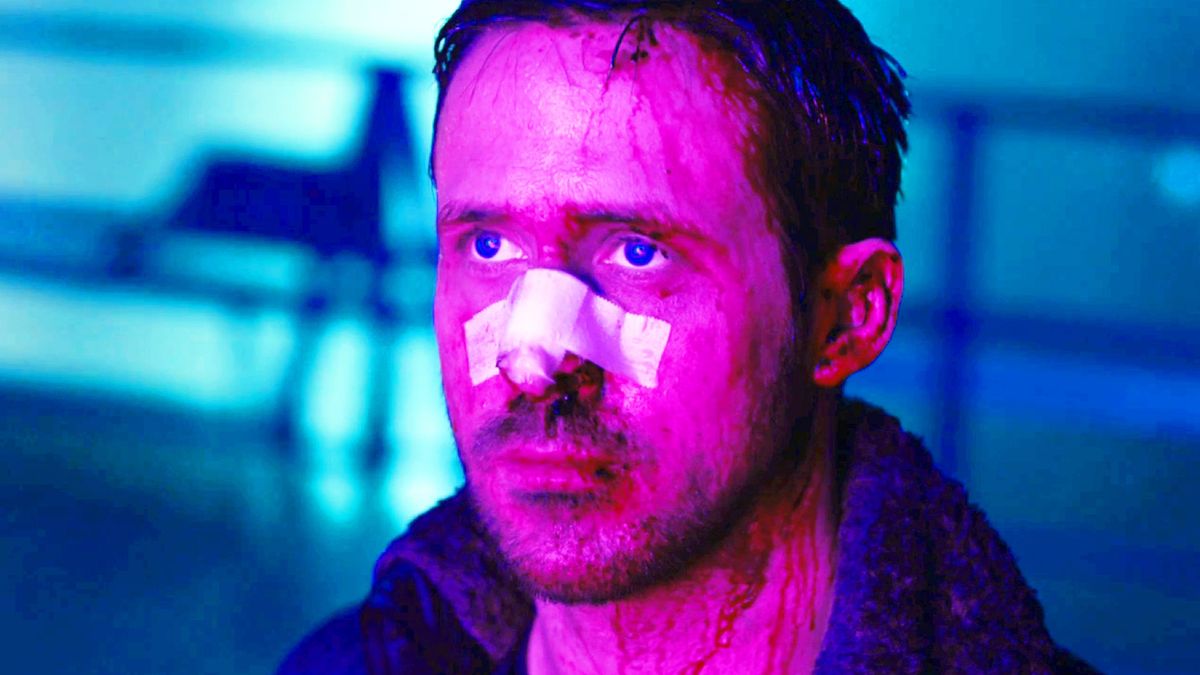 Okay. I'm going to have to tread carefully around this one. Denis Villeneuve's BLADE RUNNER 2049 is a sequel (not a remake, as I heard a lot of friends erroneously say) to Ridley Scott's seminal science-fiction neo-noir BLADE RUNNER from 1982 (NOT starring Wesley Snipes, as I hear my dad erroneously say every time). In the original based on Philip K. Dick's DO ANDROIDS DREAM OF ELECTRIC SHEEP?, Agent Deckard (Harrison Ford) is a Blade Runner, a bounty hunter whose job it is to hunt down and "retire" (read: kill) replicants, which are very human-like robots. He falls in love with a replicant named Rachael (Sean Young) as he tracks down a ruthless but tormented replicant named Roy Batty (Rutger Hauer), who is an infinitely more interesting character than Deckard.

Now, I was never the biggest fan of the original (read: The Final Cut version) BLADE RUNNER. I didn't see it until I was in my 20s, and while it's inarguable that its special effects and soundtrack still hold up today, I found it empty and cold, unsure what I was supposed to get out of it aside from some Philosophy 101 questions about the nature of identity (mainly surrounding the implication that Deckard himself is a replicant, which is interesting intellectually but a little ham-fisted narratively). But I'm a great fan of Denis Villeneuve, who has directed some of the most interesting films of the 21st century, rivalling in versatility with Steven Soderbergh with films like ENEMY, ARRIVAL, and SICARIO. I also love Ryan Gosling, whose underperformances are, fittingly, underrated. So what does 2049 have in store for someone who considers one of the most popular cult films of all time as only "not bad"?

Well, BLADE RUNNER 2049 is very, very good. At the risk of committing blasphemy, I'd dare to say that it's a better film than the original. While the sequel can't hold a candle to the first in terms of originality (it really can't be dismissed how revolutionary BLADE RUNNER was in terms of creating a brave new world), it instead uses a provocative base and expands on the themes and explores them with even greater specificity and weirder insight. Some of the basics of the plot mechanics aren't even revealed in the trailers, and I won't do so here either. The less known about this movie the better. But first, I'll say what I liked, then some criticisms, and last some final thoughts.

What I liked most was, actually, the screenplay. It's a well-crafted story, a reminder that studio films of yesteryear used to actually care about acts, drama, and payoffs, instead of the onslaught of mindless pleasure we are often succumbed to from Hollywood on a weekly basis. It's slow and boring, in my favourite sense of the word. Elliptical and patient, the plot often doesn't overexplain and keeps you guessing as the film goes on (I thought I had guessed three or four twists until I was proven wrong). The cast is fantastic all around (Ford is great and not overused, Gosling is endlessly watchable no matter your sexual orientation, the normally insufferable Jared Leto is used properly, and Sylvia Hoeks steals the show as Jared Leto's assistant). The production design expounds on the original without aping or bowing to the original too much. It's fantastic. And I'm praying that the Oscar-nominated for 13 times cinematographer Roger Deakins finally wins this year. As much as I can't stand the Oscars, Deakins truly deserves every award possible for this film, and it's one of the best-photographed films of the 21st century. (And it should not be neglected for having easily the weirdest threesome scene in cinema history.)

As far as flaws, I admit that the film is a bit too long at nearly three hours and could have been trimmed by about 10 minutes without sacrificing the slow pace. And unfortunately, its disappointing domestic box office returns may have something to do with that. To paraphrase James Gray, the director of THE LOST CITY OF Z and WE OWN THE NIGHT, the problem with mainstream audiences today is that they're forcefed McDonald's every day and when a piece of sushi (like BLADE RUNNER 2049) is presented to them, they're likely to think it's disgusting, no matter how much people "in the know" may appreciate sushi. And while I praise the structure of the film, it does lay out the story a couple of too many times and could've done with more arthouse mystery and ambiguity. Sadly, it will be more forgettable than the original.

But hey, it's a Hollywood film that borrows from Tarkovsky's SOLARIS and the best of Kubrick. Maybe it's not fit to be in a gallery exhibit (which you could argue the first one to be), but I hope every day that when we refer to "popcorn movies," they aspire to be more like BLADE RUNNER 2049.