The Return Of The NBA Playoffs: Part​ 2

The Return Of The NBA Playoffs: Part 2 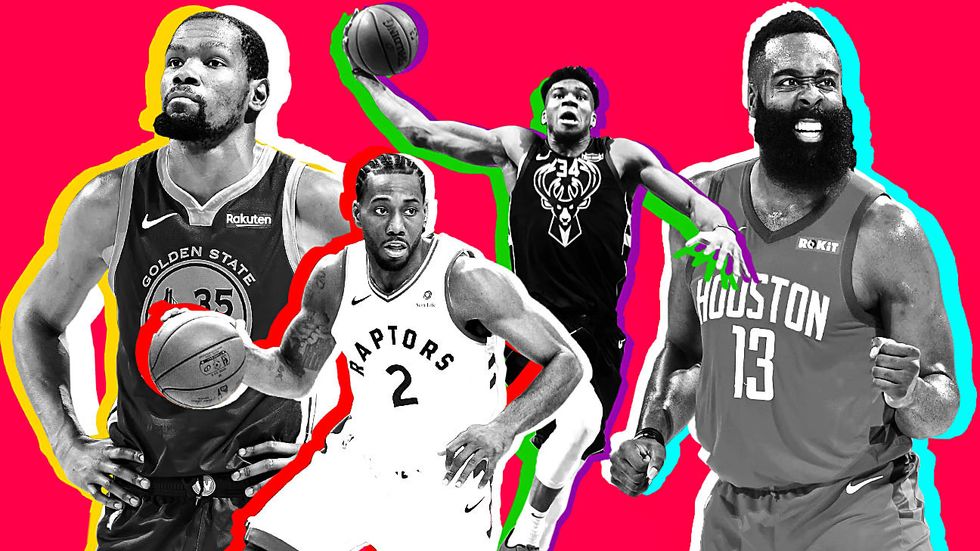 Alright, so I've published the first glance at the NBA playoffs and was pleasantly surprised by how things have progressed. Although each series was already a game or two in, my predictions have played out nicely, with Boston, Toronto, Portland, Milwaukee, and Philadelphia all advancing to the second round. The Bucks cleaned up effortlessly against the Pistons despite Blake Griffin's anemic return, San Antonio and Denver are still locked in a back-and-forth battle, and the 76ers proved that their game one loss was nothing more than a gift to the doubting media.

Yet I thought Indiana would be able to mount some sort of comeback against the Celtics. I was wrong. Bogdanović did his best to fill the vacuum left by the ailing Victor Oladipo, but they were no match for the small but scrappy play of Jayson Tatum, Jalen Brown, Gordon Hayward, and veteran product of Atlanta, Al Horford (miss you, Al). Similarly, Westbrook, George, and the Thunder were quickly put to bed in their first-round disappointment. Whether you chalk it up to the guard-heavy offense, lacking frontcourt play, or misdirected focus by their star point guard, the skies are clear in the West, and the Trail Blazers, true to their name, have a reasonably clear path to the conference finals. I definitely have them as a favorite to beat either the Nuggets or Spurs and I'm confident they'll be facing the now battle-tested club from the Mile-High City come next week.

Utah, in their death throes, was able to at least bow out with a little dignity with a flashy win in game four versus the Rockets. Their unconventional tactics against James Harden, whereby defenders played behind the reigning MVP to subvert his uncanny ability to draw fouls behind the arc, was beyond fruitful in his embarrassing game three 3-20 shooting performance (even though he was still the Rockets' leading scorer, dropping 22). But it was largely ineffective the rest of the series. Game five seemed to everyone like a mostly ceremonial affair as Houston has successfully launched into the next round.

Are we still worried about the Warriors? Probably not. Indeed, their first loss to the Clippers raised some red flags, but their game five defeat was just strange. With Kevin Durant building confidence, it seemed like all the Warriors had to do to win was will it. The talent is undeniably there. Their current lineup has won the title the last two years. But allowing Lou Williams 33 points and Patrick Beverley a career-high 13 rebounds is unbecoming of such a dominant group. DeMarre Carrolo and Danilo Gallinari also had exceptional outings, feeding off of Beverley's signature irritance to score 71 in the first half and hang around just long enough to break the Warrior's resolve. With an unexpected game six, it's really up to Golden State whether they want to win or not. I would assume they do.

I'm still confident in a Warriors-Rockets rematch (hell yes), which will certainly feature both teams shifting into high gear for such a titanic clash. The resulting fallout will dictate the tenor of the playoffs going forward, and as much as Harden's self-victimizing, overreactive, undignified on-court demeanor irks me, I would love to see his crew make it to the semifinals. But if the barely-evitable becomes the inevitable, and the Warriors once again steamroll to the finals, the NBA will have to take some Roosevelt-esque, trust-busting measures to even the playing field. I love watching those guys play, but good God, it's enough already.

Over in the East, Milwaukee-Boston promises some exciting basketball. I'm sure Brad Stevens will be having his fair share of sleepless nights knowing Antetokounmpo is en route, and after witnessing his field day with Detroit, the Celtics will be on their best behavior come Tuesday. It will take seamless cohesion to overcome the incoming bombardment, but a six or seven game series seems likely given Kyrie's playoff experience, the Celtics' stellar showing against Indiana, and the Bucks' equally impressive performance up north.

This is a tough one to call. Both are coming off the only sweeps so far in the postseason, and each won convincingly. But like Yoko Ono, I'm deep in the European bandwagon and have a deep-seated faith, or maybe just a strong yearning, in Giannis making it to the end this year. Yet that could be the problem. The Celtics are playing with the same well-roundedness that generated so much hype in last year's playoffs. In the regular season, they proved that with or without their superstar, maybe even more so without, they could compete, and they could win. Milwaukee, on the other hand, wouldn't even be in the conversation without their high-powered breakout. If the Celtics can slow down the supporting cast enough, they should be able to hold their own. Al might be known for his defense, but the Greek Freak presents a new challenge altogether.

Philadelphia vs. Toronto. The colonial vs. the prehistoric. The Process vs. the Egress (apparently egress means to leave a place, so I'm using that to reference Kawhi's departure from the Spurs, #vocab). Each didn't just survive round one, they thrived with 4-1 victories. Both teams experienced surprising and questionable first game upsets but rebounded as was expected. I'm not sure who's the underdog in this matchup; by seeding alone it's Philly, but their lineup, youth be damned, is hardly incapable. While I'm partial to seeing the Raptors advance, I'll go out on a limb and say the 76ers will come out on top. They just seem like the deeper team, and if the trash talk should start flying, Embiid and Simmons will undoubtedly clap back (yikes, @jareddudley619).

To recap, I think we'll see a Golden State-Portland, Milwaukee-Philly semifinal. I could be way off here, and I'm definitely playing into my finals aspirations, but I think it's feasible. Also, Lebron still isn't playing, lol.