Ruth Bader Ginsburg Was A Titan For Gender Equality, And Her Legacy Deserves To Be Honored

Ruth Bader Ginsburg Was A Titan For Gender Equality, And Her Legacy Deserves To Be Honored

RBG was an amazing icon for all young women to look up to. 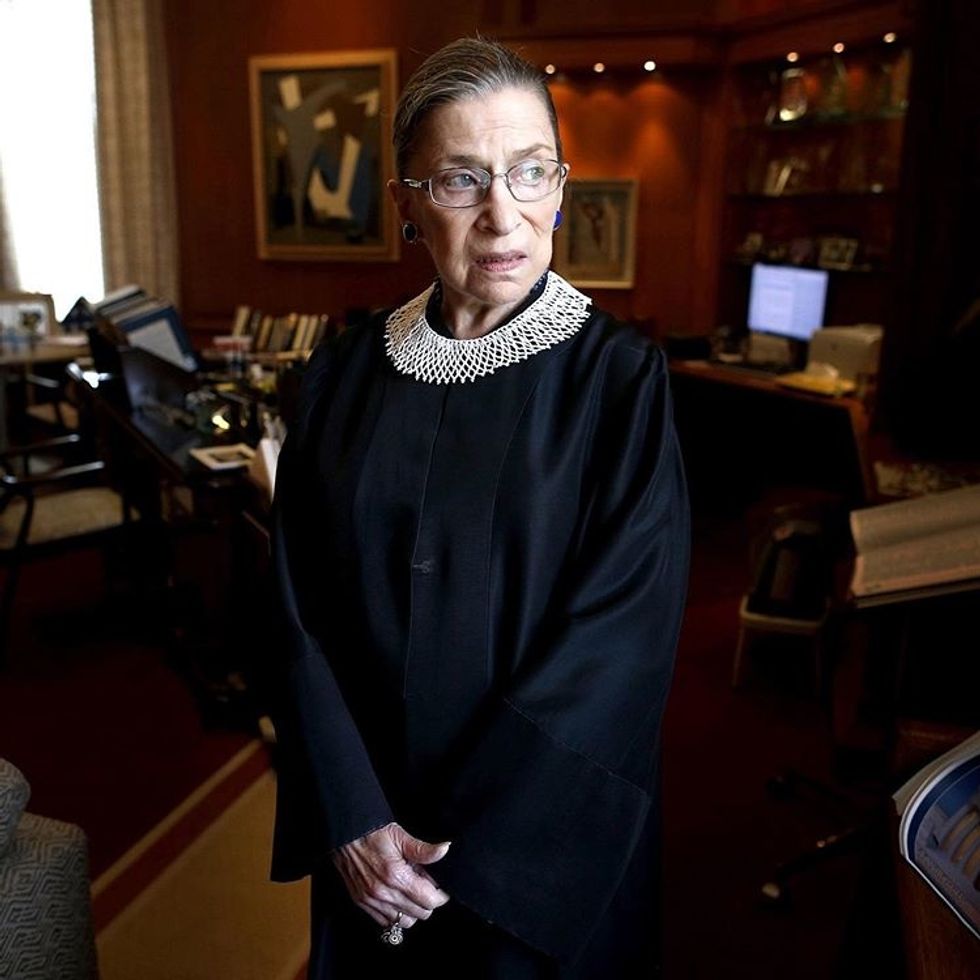 On September 18, 2020, Ruth Bader Ginsburg, one of the most influential women in American history, passed away. Throughout this article, I will often be referring to Ginsburg as RBG, as she was commonly known.

RBG was passionate about her job as a justice and fighting for equal rights for every person. She never stepped down from her position as a justice. She passed away while still sitting on the court. She, unfortunately, passed away from complications from her battle with cancer.

After her passing, everyone starting talking about the political implications and effects that her passing has. Most are more concerned about who is going to elect the new justice and who it should be. I am hoping that this article will be able to make people think about her legacy and all that she was able to accomplish instead of what is going to happen now. She deserves to be remembered and honored.

RBG was the second woman to be appointed to the Supreme Court of The United States. She was appointed in 1993 by then-President Clinton. RBG has done massive things for women's rights and the women's movement in America. Not only did RBG fight for women's rights, but she also championed for complete gender equality. She argued for men and women alike.

Growing up, RBG faced so much adversity, and I believe that is just one of the many reasons that she was such an advocate for equal rights.

When she was younger, her mother drove her to be successful and told her that education was important. Ginsburg's mother was one of the reasons that Ginsburg always wanted to learn and make a change in this world. Her mother had to forfeit going to college and actually help pay for her brother to go. This is one influential part of RBG's history that made her realize just how sexist the world truly is and how unfair it can be. Ginsburg's mother passed away before she graduated high school, but that didn't stop RBG from graduating first in her class at Cornell and going onto law school.

RBG enrolled in Harvard law where she was only one of five other females in a 500 person class. She had personal struggles such as keeping her husband who had cancer up to date on his studies and being under extreme scrutiny in classes because she was a woman. Even though most didn't want her at Harvard because they believed she was taking up a man's spot, she was able to be the first woman to be on the Harvard Law Review.

After her husband got a job opportunity in New York, she transferred to Columbia Law School for her last year before getting her degree. In 1959, she graduated top of her class.

Even though she had all of this success in college, she was still unable to get a job after graduating because no man wanted to hire a woman. Eventually, though, she got a job under U.S. District Judge Edmund L. Palmier which she worked under for two years. After this, she got job offers but still faced gender discrimination.

In 1972, she was offered a job as a Colombia law professor. During this time, she argued six major cases in front of the Supreme Court which were landmarks in gender discrimination. In 1980 Jimmy Carter offered RBG a position on the U.S. Court of Appeals for the District of Columbia, which she accepted. After thirteen years, she was appointed to the Supreme Court by Bill Clinton.

RBG was a leader, an advocate, and a titan. She should be remembered for all that she did and all she overcame to get to where she was. No matter the political party, religion, gender, or beliefs she was admired by all, and she will forever be a hero to many. Two quotes from RBG are below.

"I would like to be remembered as someone who used whatever talent she had to the very best of her ability." -Ruth Bader Ginsburg

"Fight for the things that you care about, but do it in a way that will lead others to join you." - Ruth Bader Ginsburg