To The Women Who Claim They Aren't Feminists, Remember the Ladies

To The Women Who Claim They Aren't Feminists, Remember the Ladies

Think of what feminism has given you. 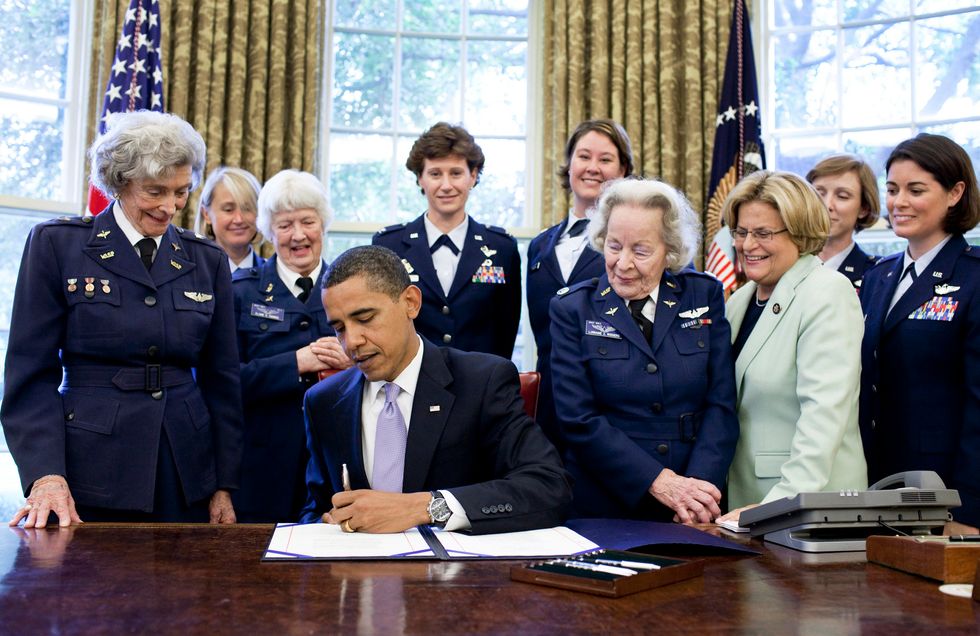 Feminism has existed as a concept in some form for hundreds of thousands of years. Women in the ancient world fought for the right to be considered people, not property; some claimed divorce rights and other freedoms in a time when women were seen largely as birth canals and little else.

American feminist thought has existed since the beginning of the revolution. It was Abigail Adams who told her husband, the revolutionary and president John Adams, to "remember the ladies" in the fight for independence. It took American women nearly 150 years to gain the right to vote, but they did it.

That fight is the reason women in 21st century America are able to choose what to do with their lives.

So many women and girls seem to have forgotten that fight.

I see posts from Odyssey and other sites in which women proudly proclaim that they do not consider themselves feminists. To me, this is little more than a slap in the face to all the women who have come before us.

So, here's a message to all those women mentioned above.

You say that you don't want to be a protester, or a screaming liberal in the streets. Maybe you don't consider yourself aligned politically, and so you distance yourself morally.

Maybe you have always lived a life in which you have been valued to the same degree as have the boys and men in your life. In your experiences, then, there is no need for feminism to exist in America.

Maybe you are content with what you have and what you see and therefore can think of no reason to want to change anything.

Unfortunately for millions of women around the world and in the United States, this mindset is a luxury they have never experienced.

Still, even in 2019, not every American woman is treated as an equal, dignified human being to the same degree as a man. Women of color, particularly, are forced to fight for equal recognition and treatment in the workplace and society at large. Women of color make less on every dollar than even white women do compared to men in similar or the same positions.

Women still are passed over for leadership roles in companies large and small. Some women still feel unwelcome in fields historically dominated by men.

But maybe none of this even matters to you. Maybe you say you are more than content with working within the home. You want to raise children and maintain the family life of your and you partner's dreams. That is your choice, and you are sticking with that decision, feminism be damned.

That's great, too. But technically all the women who have fought and are fighting today for the right to work fight for you, too.

Feminism is about more than encouraging women to go into a STEM field. Feminism does not have to be solely focused on braless protesters waving signs and shouting.

Feminism is about choice. More specifically, it is about ensuring that all women have the choices men have always been guaranteed.

So, your choice to be a homemaker is one you have actively made for yourself. Before the strides feminists have made, that would not have been your choice; it would have been what was expected of you. Choosing to stay at home is in itself a feminist act.

It is an act you would not have had the luxury to make if you had lived alongside Abigail Adams. And for many women, the ability to act is still in at least some regards not available.

Feminism is something every woman owes their lives to, in one way or another. Think about how different your life could be the next time you rant and rave about how you aren't a feminist online.