Why big cities tend to vote blue rather than red. 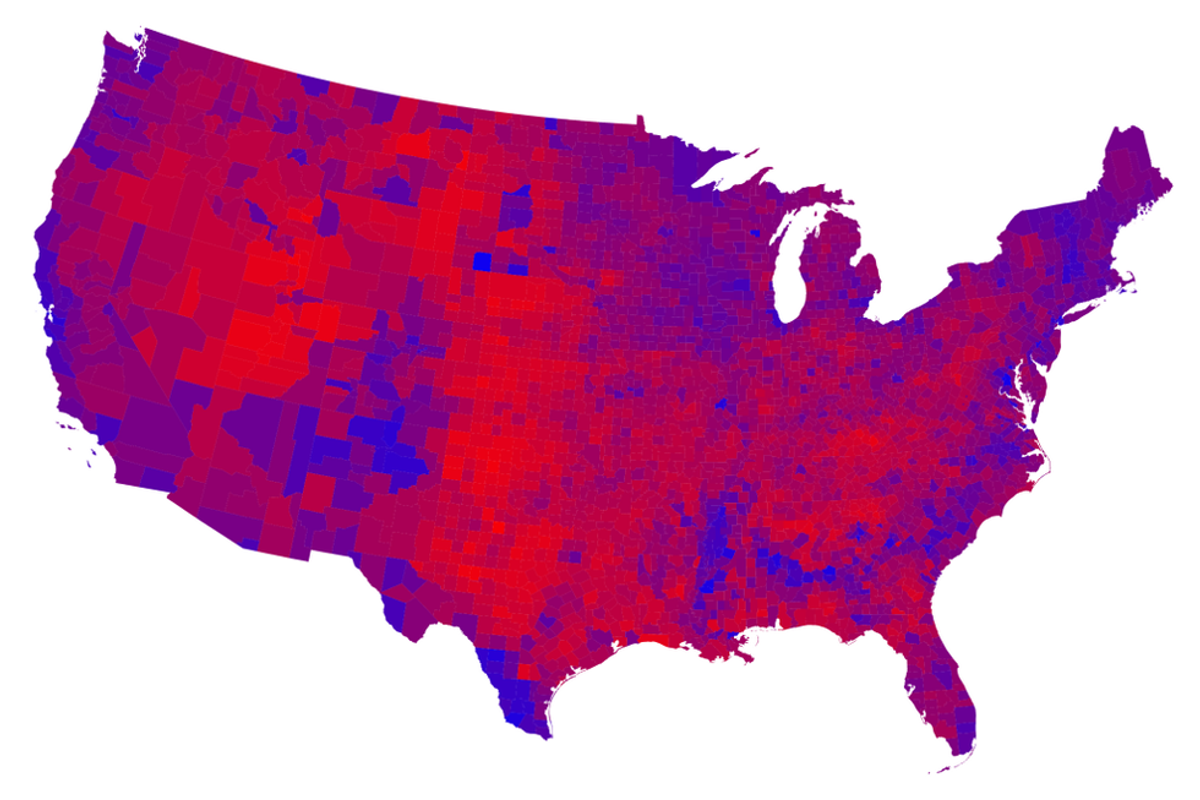 Have you ever wondered why, while watching the presidential race, big cities turn blue while rural areas of the nation tend to turn red? The answer is rooted in history.

Well, the dense population of these cities helps quite a bit. The GOP strategy of attempting to gain the vote of rural states is unfortunately outdated, and doesn't exactly work in today's America. New York City alone is home to nearly 8.406 million people, according to the last census. That's roughly the same number of people that live in Idaho, Montana, Wyoming, North Dakota, South Dakota, Nebraska, and the western half of Minnesota combined (Ben Platt). So, if you figure that a Democratic nominee can secure the votes of New York City alone, they're already neck and neck. If cities are a big part of economic growth in the United States, then you're looking at a cluster of people that contribute to that growth.

Education and the socioeconomic class also has a lot to do with the partisan vote in urban areas. If you think about the breakdown of why people vote republican versus democrat, this isn't necessarily difficult to understand. The creative class of workers, people in the arts, sciences, culture and entertainment, historically vote democratic while the working class Americans tend to vote republican.

Now, let's talk about diversity. Speaking historically and geographically, people from all over the world have immigrated to America's coastal cities. States such as New York and Philadelphia, which are home to places like Chinatown and Little Italy that were founded by migrant classes. There really isn't a concrete answer as to why migrant groups tend to stay together in large urban areas, but if you figure there's a family of twelve coming from Italy to New York City in the early 1900s, there's a good chance they'll stick together. Other large urban areas, such as the L.A and some cities in Texas, are geographically located in a way that migrants from Mexico and South America make their way there. So, a large portion of the answer to this question could be contributed to the racial and social diversity, and liberal ideology of cities.

Politics is a complex issue, so there is no single answer to this question. The divide between cities and rural areas is economic and geographical, rooted in socioeconomic divides of class. But, here was a little dig at it.

If you're looking for some more information, this is a really great article from the Atlantic.