Giving the Nation a New Syncopation, the People Call It.... 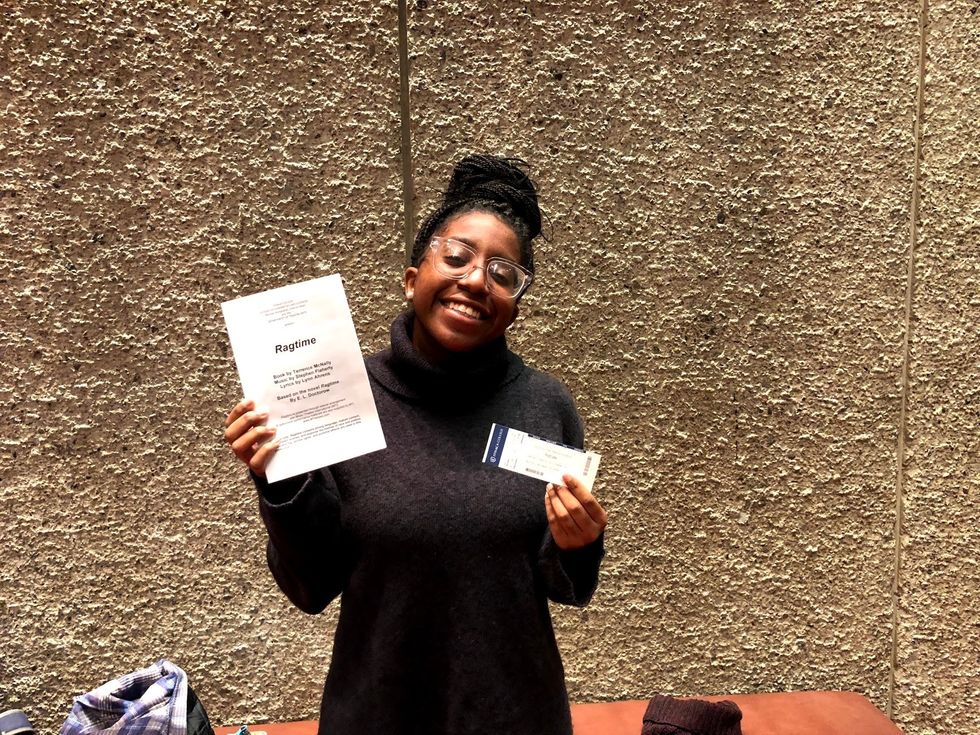 Ithaca College is known for its musical performances. Each one is special and consists of high-quality production. There is not a doubt in my mind that Ragtime is another musical that Ithaca College did beautifully.

I've seen Ragtime twice now, once with my friend Amanda and the other with my class. Both times were a wonderful experience filled with laughter and tears. The most interesting part is how different these two experiences were.

The first time I went with Amanda impacted me so much. Characters truly sang their heart out to help portray their part of the story. Everything that happened was shocking because I had never seen it before, but at the same time I knew.

I predicted the imminent doom of Sarah and Coalhouse because that's what happens almost every day. The second time I saw it with my class I was still close to tears even though I already knew what happened. This was nothing compared to the people behind me though.

This had been their third time seeing the musical! Their Third! And because they had seen it so many times, they were already aware of what was going to happen.

That didn't stop the girl behind me from crying-loudly-the minute the lights dimmed. Even during the happy parts, she was crying as if she had never seen it before. Then the lights came up for intermission and she was fine, her and her friends joking around.

Then the lights would go off and she was crying again! I felt like this is some sort of spoiler, the kids in my class could guess what was going to happen because of how loudly the cries behind me would get. I could somewhat understand her tears, it was because these students helped portray Ragtime wonderfully.

I have no doubt the beautiful remaking of this musical was with help from their director. Eric Jordan Young is not only the director of Ragtime, but he was is the original cast in the Broadway revival of 2009. My class actually got the chance to speak with him and a group of people working in the play.

Mr. Young told our class how there were racial slurs in the play because he wanted to keep it authentic, he didn't want to take parts out or sugarcoat anything. Ragtime is a musical based off the book Ragtime by E. L. Doctorow. In this book he addresses the three main groups of America in the early twentieth century: whites, blacks, and immigrants.

Since this is based on a real event that took place in a certain time period, Ragtime's use of derogatory racial slurs pertains a deeper meaning. It made the emotions I felt more raw, when the Irish man called Coalhouse a N***** for the first time I was rage filled. I was sad that there is so much hatred and disgust people have for someone who doesn't look like them.

Ragtime moved me so much because it felt like present day. Right now, young black children are being shot, right now immigrants are given poor working conditions, and right now women are told that their thoughts and opinions are nothing compared to a man's. Ragtime needs to be played everywhere so people can be moved and appreciate such a beautiful play.

Yes, the deeper meaning was impactful, but watching the show itself was wonderful. I enjoyed everything about it, as a theater nerd I appreciated the aesthetic. The set was almost minimalistic, but everything they had was for a reason. The choreography was on point and so were the vocals.

Ragtime is a great show to be seen and I think Ithaca College portrayed it wonderfully.