Racism Against African Americans Never Died Since The American Reconstruction 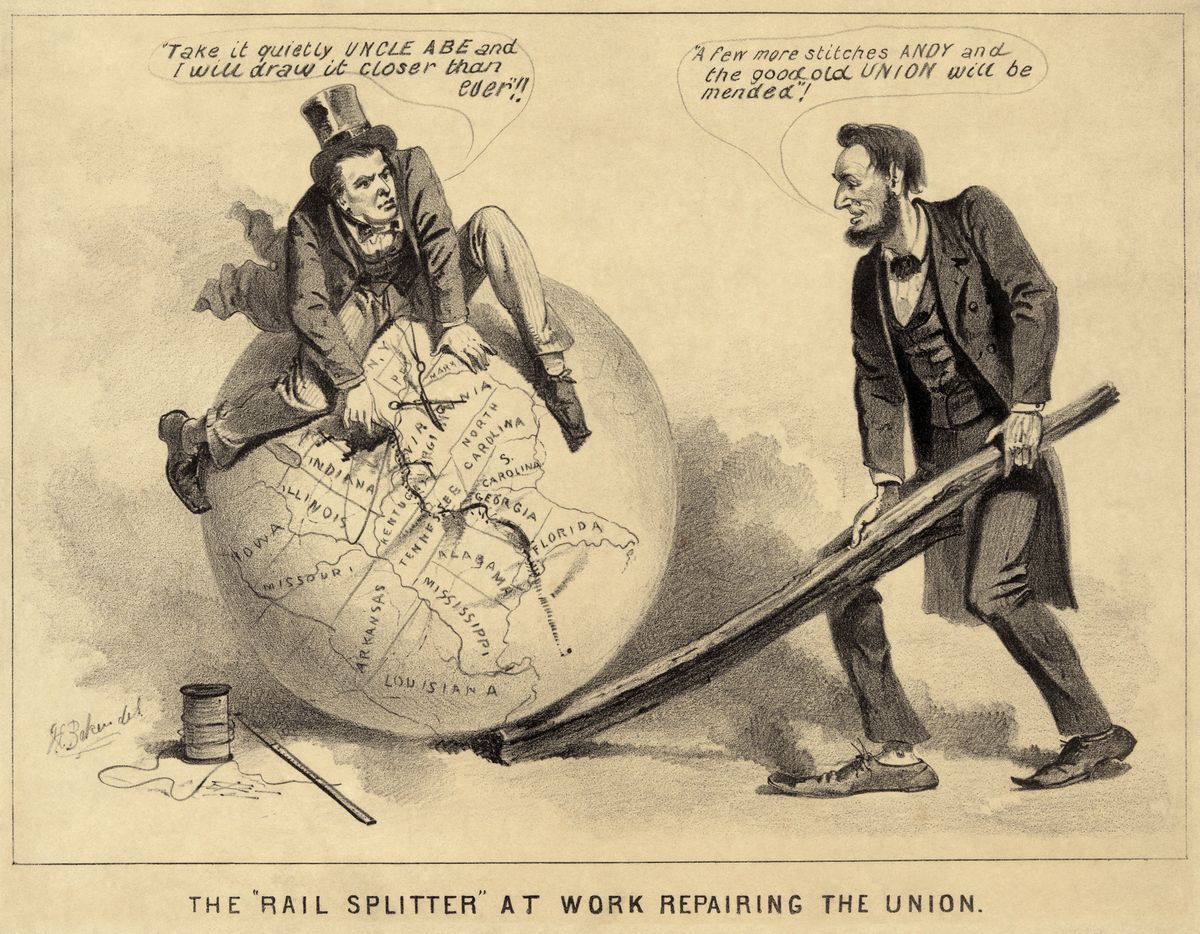 The role of African Americans in American society has evolved over the centuries. Before the Civil War, Southerners considered African Americans their property. They were expected to perform menial tasks like cooking, cleaning, cultivating and so forth without any wages. As a result, sectional conflicts stemming from legislation, like the Compromise of 1850, eventually led to the Civil War, in which the South battled to preserve the institution of slavery, while the North fought to end it due to ethical values.

Civil War Reconstruction was successful in granting full equality to African Americans because Radical Republicans passed the Reconstruction Amendments and national laws in order to protect the rights of African Americans. The 13th Amendment abolished slavery in the United States and allowed Congress to enforce it by any appropriate legislation, and though Lincoln’s first executive order, the Emancipation Proclamation, failed to free any slaves, the 13th Amendment officially and permanently ended slavery, a commonly-accepted practice.

After decades of mental and physical pain inflicted by white Southerners, African Americans finally achieved legal independence. Likewise, the 14th Amendment and the Civil Rights Act of 1866 granted citizenship to African Americans. Congress effectively used its power to enforce this piece of legislation by passing the Military Reconstruction Act, which required secessionists to ratify the 14th Amendment in order to be readmitted into the Union. As a result, African Americans were legal citizens of the United States instead of the “rightful property” of white Southerners.

All legal citizens of the United States were declared equal, thus having the same rights and responsibilities like the right to a fair trial. Moreover, the 14th Amendment overturned the Dred Scott decision, subsequently giving African Americans the legal right to sue in federal courts.

The 15th Amendment overturned black codes that disenfranchised African Americans by granting suffrage to male African Americans, which led to increase political participation in states like South Carolina and Louisiana. African Americans were finally given the right to elect individuals who had their best interests in mind and would politically represent them like white male citizens previously had been able to do, so the Republican Party was in power for a brief period.

The Effect Of Jim Crow Laws

Civil War Reconstruction failed to maintain full equality to African Americans during the period of 1865-1898 because racial segregation prevented African Americans from living a normal life. For instance, the case Plessy v. Ferguson ruled that “separate but equal" facilities for whites and African Americans on and near railroads were allowable. Not only did this Supreme Court decision violate the 14th Amendment and resist racial equality, but it also led to the establishment of Jim Crow laws. These laws were merely created to discriminate against African Americans.

In Alabama, an African American man/woman could not marry a white man/woman. In fact, African Americans were not even allowed to associate themselves with white people, like when playing games. In Nebraska, it was illegal to send a "colored" child to a white school and vice versa. This education system ingrained racism into young children’s minds, hence accelerating future, toxic segregation because young white people were not taught ethical values. After African Americans escaped from the clutches of slavery and attained freedom, they were forced to follow laws which, once again, limited the very freedoms they had dreamed of for decades. The lives of African Americans were controlled to the extent in which their relationships were also scrutinized.

Jim Crow laws preserved racism, which restricted African Americans from being integrated into conventional white communities. They were isolated from mainstream society and were not permitted to interact with white people, which prohibited the exchanging of ideas and culture and caused them to be minorities. As a result, minorities were unable to gain the same knowledge, to receive the same opportunities and to be entitled to the same rights as white people. Life for freed men and women was miserable during Reconstruction because racism never died in society, even with attempts to condemn it. African Americans endured mental and physical pain inflicted by white Southerners who refused to accept that they were free. In other words, African Americans were forced to go back to square one, despite efforts to maintain equality through the Civil Rights Act of 1875, which was later declared unconstitutional.

The Effect Of Slavery By Another Name

African Americans continued to be oppressed during Civil War Reconstruction because the emergence of labor systems like sharecropping and tenant farming confined African Americans to manual labor. Jim Crow laws and the dissolution of the Freedmen’s Bureau in 1872 robbed African Americans of their chance to establish a new identity because access to proper education was absent for minorities. In order to survive, African Americans were obligated to participate in economic systems that exploited them because they had no money to provide for their families, no real skills for jobs and no land to grow food. When the Civil War ended and slavery was abolished by the 13th Amendment, the South’s plantation-based economy suffered because it relied on slave labor to produce cash crops like cotton.

In order to rebuild southern economic power, sharecropping and tenant farming were introduced. In sharecropping, landowners would provide African Americans with land, tools, food and shelter in exchange for a significantly larger portion of crop yield. As a result, African Americans were permanently bound to the land in debt. Moreover, a majority of southern states had sharecropped farms. On the other hand, tenant farmers obtained their own tools and seeds in order to cultivate crops for paying rent in the form of money or crops to landowners. Inflation caused prices to decrease in the market and often left the tenant farmers indebted to landowners. When African Americans remained indebted to landowners, they were unable to search for other opportunities. This created a cycle of poverty and reinforced the status of African Americans as minorities because they were repeatedly taken advantage of. Minorities were always reduced to having jobs that required manual labor rather than knowledge and skills. These labor systems were no different from the institution of slavery because a mindset was preserved: white males were always superior to their black “servants."

Although Civil War Reconstruction was successful in granting freedom to African Americans by passing national laws and amendments intended to protect their rights, it failed to maintain equality because of racial segregation and the development of labor systems, so a social mentality could not be completely eradicated. Efforts to maintain equality, like the Freedmen’s Bureau, failed because they only lasted a short period of time. In modern society, American citizens go to school for about 15 years in order to establish an identity and have a successful career, but seven years back then was clearly not enough for African Americans to be educated properly and build a better life. Furthermore, social mentalities and hate groups like the KKK still exist today. The far-right rally of white supremacists in Charlottesville demonstrates a horrifying reality: racism never died in America, whether it was underlying or openly expressed.