Do Rabbis' Kids Get More Respect Than They Deserve?

Do Rabbis' Kids Get More Respect Than They Deserve? 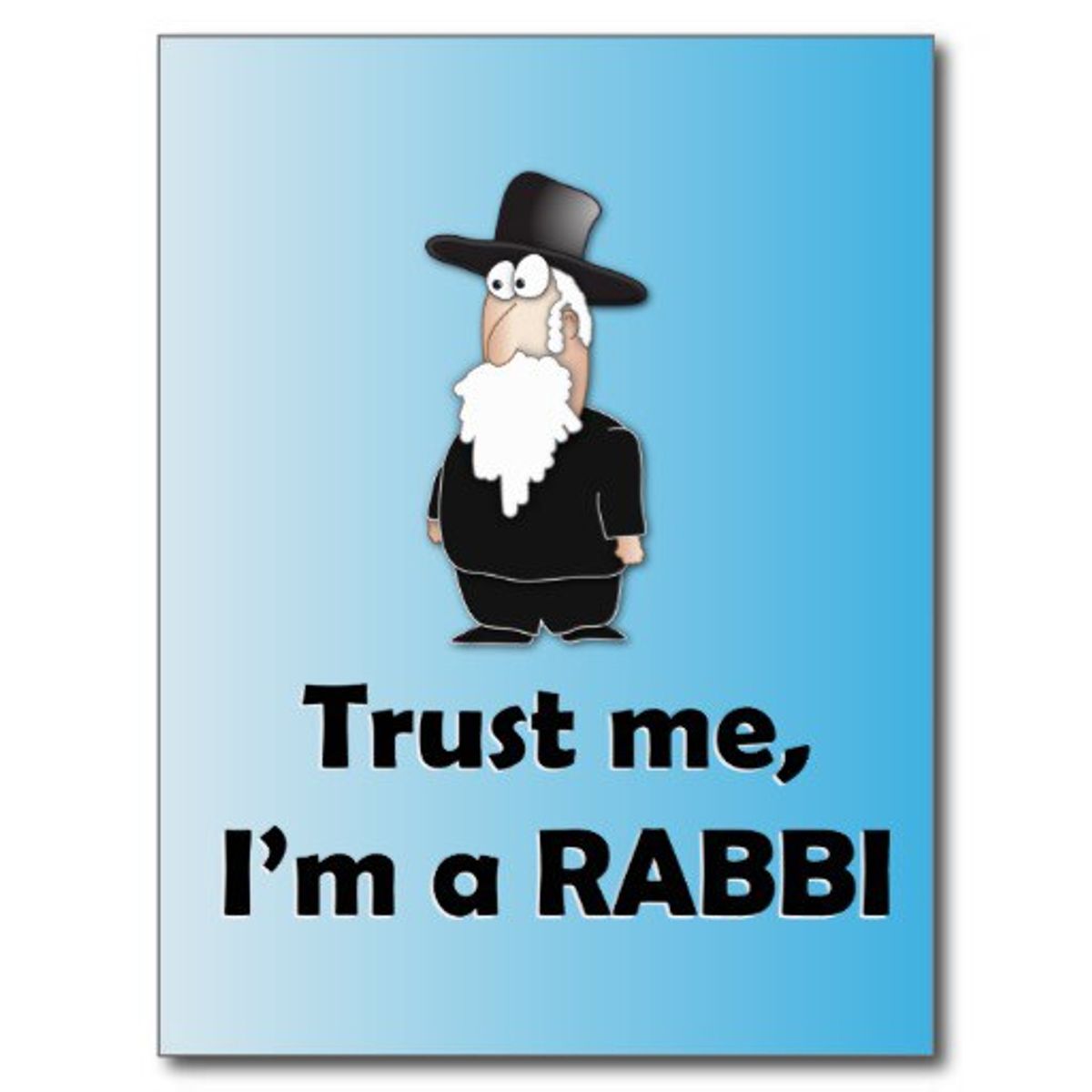 When I was in seventh grade, we had a substitute for Halacha class named Mr. Aurbach. This guy waltzed into the classroom like he owned the place and tried to get us to settle down. His efforts were in vain, since we only had Halacha once a week and the usual teacher, the Rabbi of our Synagogue, was often too busy to show up anyway. So we were sitting there laughing and talking and generally ignoring the substitute, as usual. The situation seemed hopeless.

But Mr. Aurbach had an ace up his sleeve. He raised his arms and said dramatically, "I am Mr. Aurbach! Do you know who my father was?"

Maybe it was his grandfather, I don't remember anymore. Anyway, he managed to stop the pandemonium for a minute. We were curious.

A shocked silence. Then the class broke out laughing, which merged into the same flow of babble that had been going on up until then.

I felt bad for the guy. A stunt like that probably would have worked in New York, I thought. Those New York kids probably knew Rabbinical lineage like the back of their hands. But here in Florida, we didn't know and didn't care. Here, a teacher had to earn his own respect. And sure, I pitied Mr. Aurbach. But I didn't think his last name gave him the right to our reverence any more than the other kids did.

Flash forward to the end of senior year. Life was a whirlwind of APs, college applications, graduation rehearsals - and seminary applications. As the oldest child of the first religious generation in my family, I knew nothing about the seminary world. I had a meeting with my principal, who showed me a few options she thought might work for me.

"There's MMY," she said. "Girls there are smart and motivated. I think you'd fit in well . And then there's Migdal Oz. Again, smart, motivated girls. They're known for their high level of Gemara."

"So what's the difference?" I asked.

"Well, at Migdal Oz, all the classes are in Hebrew..."

That sealed the deal. I was going to Migdal Oz.

The first day of school, we had a meeting at Esti's house. Esti Rosenberg, daughter of Rav Lichtenstein z"tzl, granddaughter of Rav Soloveitchik z"tzl. I had heard the names of these Rabbis before, but I didn't really know who they were. As we walked into the house, one of the girls from New York whipped out her phone and started sneakily taking pictures to send to her family. "I'm in Esti Rosenberg's house!" she whispered. "I can't believe it!"

I rolled my eyes. Were these people for real? They were acting like she was some kind of celebrity.

Esti was dressed like my Hebrew teacher, in a round hat and a skirt with sharp corners. She snapped her fingers or clapped when she spoke if she sensed that we'd stopped paying attention. She told a funny story about the first year Americans had come to the school. It was obvious that she told the same story every year. She was a human being like any other.

I changed my mind during Slichot, the repentence prayers we sing late into the night the week before Yom Kippur. This is what I wrote about Slichot back when it was happening, and I stand by my words:

If you sing hard enough, you grasp a rope of G-d's reality, you imagine what the angels think. Your breath pouring strong with everyone else's, mingling, this is what brings you close to Him, what solid facts could never hope to achieve. There is no such thing as a logical person. Listen to a sung prayer and you will know, you will feel it. We will sing until we sleep and the melody will follow us into our dreams. When we wake in the morning, we will be empty with the loss of the swaying words.

And Esti lead it all, swaying like a captain at the bow of his ship. Arms waving, hands clapping, eyes closed in the oncoming storm. Shouting the words, prayers snatched by an imaginary wind and spread to our lips.

At that moment, I knew that Esti was incredible. I often didn't understand her in a classroom setting, I didn't get why she was always clapping impatiently and trying to get us to show up places on time, but I knew that she was incredible.

Getting to know Rav Soloveitchik took a little longer. I struggled through his essays and books, his vocabulary beyond my capacity even in English (I still can't tell you what ontological means). Oddly, the more of Rav Soloveitchik I understood, the more Esti made sense to me too. They were connected in a way that went beyond the genetic. His ideas were alive in her. She brought them to life; in her own way, yes, but in his way as well. Esti started a Beit Midrash for women. But she founded it on her father's and grandfather's ideals.

You still won't see me kissing the ground under the feet of Esti's kids even if they do grow up to be great Talmidei Chachamim, Torah scholars, like her. But there is something to respect in this line of inheritance. Growing up in the house of someone great rubs off on a person. Talking to a great Rabbi's children is like talking through a funnel to the Rabbi himself, to hear the lessons only he could teach through someone else, someone who grew up in his house, who knew him. And if I could talk to Mr. Auerbach again today, I'd sit quietly and listen to the wisdom he had to share.