REVIEW: 'A Quiet Place' Delivers Gripping Tension That Ultimately Falls Just Short
Odyssey
CurrentlySwoonLifestyleHealth & WellnessStudent LifeContent InspirationEntertainmentPolitics and ActivismSportsAdulting
About usAdvertiseTermsPrivacyDMCAContact us
® 2023 ODYSSEY
Welcome back
Sign in to comment to your favorite stories, participate in your community and interact with your friends
or
LOG IN WITH FACEBOOK
No account? Create one
Start writing a post

Nothing can slow this trend of gripping and thoughtful horror movies. 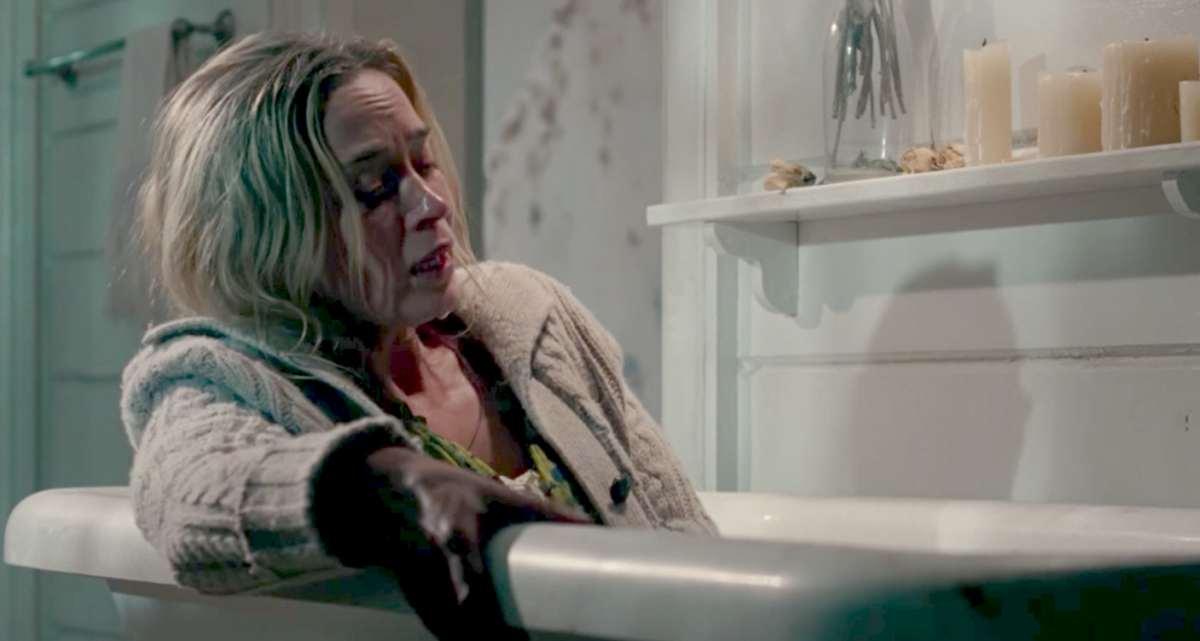 In recent years, the horror movie landscape has been littered with gems. From Cabin in the Woods (2012) and It Follows (2014) to Raw (2016) and Get Out (2017), audiences have been treated to a growing number of thoughtful movies that don't forget to make your skin crawl. Those films are must-sees: spooky tales tailored to modern times and brought to life with incredible execution. A Quiet Place (2018) tries to climb the same mountain that these great films do. Although it never reaches the same heights, A Quiet Place is still a gripping and creative movie.

A Quiet Place is second film that Jon Krasinski has directed and the first that features his wife/co-star Emily Blunt. It has opened to both critical and commercial success. At the time of writing, the film is at the top of the domestic box office and has reached a 97% fresh rating from RottenTomatoes.

A Quiet Place follows the story of a family surviving in the wake of a devastating alien invasion. The aliens, it seems, can only use their supersonic hearing to hunt their human victims. From this point, the review contains references to a few moments in the film and general themes which could potentially be read by some people to constitute **SPOILERS** but I won't ruin anything.

From the opening moments of the movie, the sound becomes key. This is a good reason to see A Quiet Place in theatres! If you're interested in the movie, I'd recommend a theatre experience far above watching at home. We are immediately thrust into Krasinski's silent world after being bombarded by trailers. Each moment of true volume is memorable by the film's end; the unnerving quietness of the theatre builds tension between every burst. This isn't to say that A Quiet Place is a silent film - quite the contrary. A swelling orchestra and heightened background noises allow viewers to connect with a life lived without speech. The inclusion of a young deaf character only expands the tools that the crew had to work with. In one moment the crunch of a footstep may have viewers gripping their armrests, but the blood-draining silence when we switch to her perspective pushes the tension to a new level.

The film has an engaging premise and delivers with a touching story that pulls at the humanity in this post-apocalyptic world. How do a mother and father protect their own? Do we choose who's in our family? Those questions are played out in a dance with insect-like devils but the answers will ring true even to ICEE-drinkers. Overall, the film is beautiful to watch and well-acted without the use of much dialogue. Krasinski is part of some beautiful familial moments and Blunt ties us to our fear in a few intense scenes. Without saying too much, my chief complaint is the conclusion of the film. It flies in the face of the tone that's been building for ninety minutes. It feels like it was copy-and-pasted from a film with different intentions. The ending didn't ruin the experience at all but it left a bad taste in my mouth.

Krasinski has spoken in interviews about the film representing parenthood, a fitting idea for his intra-family project. As a younger person, the film resonated with me in a different way. Sitting in a movie theatre and being able to hear a sniffle nine rows back was a disquieting experience for me. There is constant noise around us: from the roar of cars, the blaring of televisions and the buzzing of phones, there is always a thrashing sea of voices around us. It's comforting to live in the roar of the moment - an easy thing to do with every new App Store update. It means, maybe, that voices are lost in the crowd. With everyone talking, there tends to be less listening. I about how horror movies reflect our deepest anxieties - the night thoughts of a nation. To me, it seems that A Quiet Place is our personal hell. What would a world look like where everyone stopped yelling? Imagine a silence to notifications and pamphlets. No more status updates or microphones. We would lose voices that we ought to hear and many that we don't. We may begin to hear things that we couldn't before, like the softest breeze that snaps Krasinski's character to attention. Everyone is clamoring to be heard in 2018 and our greatest fear may be that the volume shuts off.

ANYWAYS... If you're curious to see Jim from the Office make a movie or want to see an original and unrelenting story that you'll forget about until it isn't nominated for anything, A Quiet Place is worth the watch.