Yet another animal rights article. Not sorry. Going to keep them coming until the abuses stop. 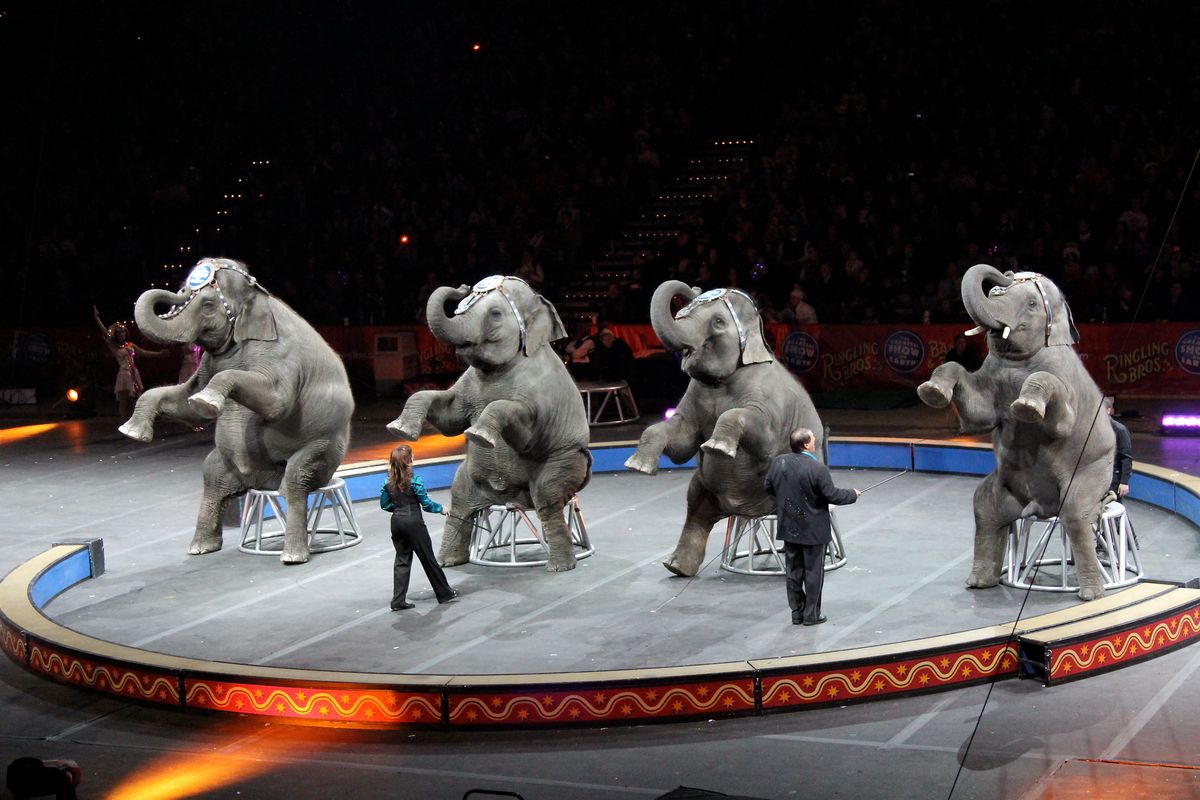 Every year acrobats, clowns, dancers, and enslaved animals tour the world. The “clown car” is actually a clown train, and carries elephants, tigers, horses and more across the country. Humans choose their occupations, while animals are forced into them.

When the saddest show on Earth arrives in Pittsburgh for the weekend, I’m always outside of the arena with truthful signs and leaflets. Greeted by the bitter cold or grumpy circus goers, I still make it a priority to raise awareness. Why? Circus animals have no voice, and thanks to us, no rights.

Elephants begin training as babies, where they are torn from their mothers just months after birth. This is a crucial bond that young elephants are deprived of. Training consists of ropes tied around each leg and around the neck, and when the animal does not cooperate, trainers make use of their bull hooks. The tool – which has been banned in California and Rhode Island – is similar to a fireplace poker. A pointed end digs into elephants’ sensitive skin, followed by a sharp pull. Trainers target the vulnerable area behind the ears any time elephants do not comply. When these highly intelligent animals are not being tortured to learn tricks, they are chained in dark, often concrete rooms. While traveling, elephants are restricted to train cars for extended periods of time. Many circuses claim to love the animals in the show and emphasize the “bond” between trainer and trainee. If the trainers loved their elephants, they would not be training them for the circus.

Elephants are not the only animals abused by the circus. My favorite sign for a protest highlights tigers, whose parental bond is also broken when they are whisked away for training. The sign reads “Natural Behavior? Not without These.” and presents the horrid tools used to punish and train tigers. Fear and hunger drive the tigers to perform the unnatural stunts of sitting upright, jumping through hoops of fire, and building pyramids on one another. Many tigers are malnourished, and psychologically damaged. Recently, a 9-month-old tiger weighing just 30 lbs was rescued from a traveling circus. Not only is the animal’s health in danger, but the humans’ as well. Because hunger is used by trainers as an advantage, they are endangering themselves. Trainers have been killed by tigers and other animals in captivity, especially in the circus.

These examples are a select few among thousands of animals and circuses. Bears in China are kept with nooses around their necks, forcing them to stand on two legs for hours, or die. Animal abuse is close to home as well. Living Treasures petting zoo has been investigated for unnecessarily separating a baby leopard from its mother and shipping it to California. A video surfaced from Pymatuning Deer Park showing the effects of concrete cages on animals. A black bear could hardly walk, yet tried to pace around the small area. All for entertainment.

So when the circus comes around, I encourage everyone to make a sign and raise awareness, or at least not to attend. Seeing all smiles on a stage is misleading. These animals have likely been bread for the circus and never tasted what real life could be like. We have the right to make our own choices, something that circus animals do not. Animals are not acts, and have done nothing to deserve the torture of the circus and captivity. Circuses like Shrine, Ringling, and others do their best to hide hideous training tactics. Support of animal rights is a lifelong commitment that I have made. Along with many other activists, I have made it my job to counter the circus’ lies, expose the cruelty, and end animals in captivity.