4 Questions I Have For 'Foster's Home For Imaginary Friends'
Odyssey

4 Questions I Have For 'Foster's Home For Imaginary Friends'

I have questions and I want answers. 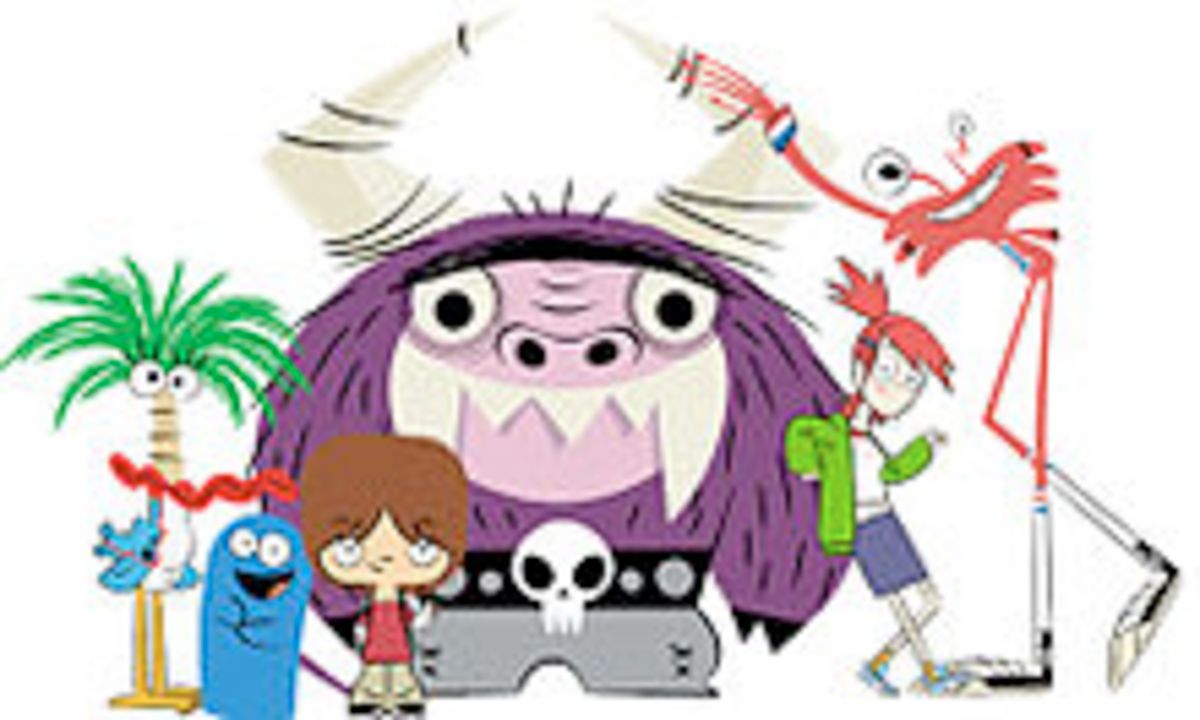 Hello, boys and girls and welcome back to another episode of Conspiracies with Alyssa. I'm your host and today we're talking about Foster's Home for Imaginary Friends, an incredible, underrated cartoon from the early 2000s. It's set in a fictional universe where children are apparently born with the innate ability to imagine beings into creation - literal imaginary friends.

The show itself is set around a house that takes in abandoned imaginary friends, run by a woman named Madame Foster, her granddaughter Frankie, and Madame Foster's own imaginary friend, Mr. Herriman, a 6-foot tall rabbit in a waistcoat and monocle who takes no nonsense. Bloo, an imaginary friend, is resigned to living in the house when his creator, Mac's, apartment becomes too small and cramped. As long as Mac visits Bloo every day, nobody else can ever adopt him.

Now, I personally loved cartoons when I was young, and this one was no exception. I enjoyed all of Craig McCracken's other work, such as The Powerpuff Girls and Dexter's Laboratory and knew this cartoon would be just as good, but I have a lot of questions about it. So let's get started, already, huh?

Some people have posited that Frankie is just another imaginary friend - Madame Foster was having a hard time keeping up with the running of the home, so she imagined Frankie, a younger version of herself to help with the day-to-day problems the home faces. Co-creator Lauren Faust shut this one down, though.

That's all well and good but what about...

So it's pretty clearly stated that almost any kid can come up with an imaginary friend. But how does the process work? Does the kid just sit down and think them into existence? Can it happen without their conscious knowledge? Do the kid and the friend necessarily have to get along? What about children with cognitive disabilities? The questions are endless.

The process of the "birth" (for lack of a better word) of the imaginary friends is never shown, but they can be abandoned by their creators - that's the entire concept of the show - and readopted by other children. There isn't some kind of telekinetic link between the kid and the friend.

From what we've seen on the show, imaginary friends are deliberate. Kids have to actively want to create them, at least at the time. Though this is challenged in the episode "Mac Daddy" where Cheese just appears in Mac's bed one morning. Mac says that he must've just imagined Cheese without knowing it. Though we later find out that Cheese actually belongs to Mac's neighbor, Louise (I know. The puns in this show are just too good), we don't know that Mac's original theory isn't plausible. (For the record, Cheese is my absolute favorite character.)

That leads me to another question: does how hard you think about dreaming up your friend correlate to how well they're developed? Does it have any bearing on their intelligence? Their design? Cheese isn't exactly Einstein, but Bloo can sometimes be a criminal mastermind.

In the episode "The Trouble With Scribbles" we find out that Scribbles are the imaginings of babies. Babies, depending on their exact age, aren't exactly capable of conscious choice or coherent thought. Their brains are evolving and developing every day. But they never specify what they mean by "babies". Do they mean newborns? Infants? Toddlers? Can these kids talk or walk? Or are they just brand new humans creating scribbles in their minds?

This leads me to my next question: What about those who are impaired? What about kids with cognitive disabilities? We don't even know if children like this exist in this world, as we never actually see them, but I'm going to take a leap and assume that they do. There are plenty of episodes where friends exist alongside children with physical disabilities, like blindness. What do their "friends" look like, if they even exist at all? In our world, there are obviously different levels of cognitive ability, so it would stand to reason that there are different kinds of friends to match. I want to know what they're like.

But I still have more questions...

3. What happens to the friends when the kids grow up?

People often say that the mark of adolescence is leaving behind childish fantasy and becoming an adult, growing and learning that the world isn't a fairytale and that their imaginary friends aren't real. But in this world, they're very real. Everyone can see them. But what happens when those teenagers start resenting their childhoods and want to grow up? What happens to those imaginary friends?

It's clear that imaginary friends can be created by teenagers as well. Mac's older brother Terrence creates one purely to terrorize Mac and Bloo. We don't know exactly how old Terrence is, but he is the epitome of "angry teenage older brother" and from his acne, height, and the fact that Mac's mother leave's him in charge often, we can assume that Terrence is older.

But where's the cut-off? Is there one?

Speaking of moving into adolescence...

4. Do the imaginary friends age? Do they die?

Now, I know this is a bit too touchy for a kids show but when you create a world, it's something you have to think about. Kids obviously grow up, I think we've established that. But do the friends grow with them? If a kid goes to school and finally comprehends long division, does her friend now comprehend it as well? Or does she have to sit down and explain the concept? Does she have the ability to teach her friend? Will her friend grow and learn with her or is she responsible for all of that growth?

In the show, Mac and Bloo have been together for quite a while. Mac clearly has a level of emotional intelligence that Bloo does not, but it's part of Bloo's character - he's selfish and immature. That doesn't mean he always will be though. Does it?

Are friends suspended in the state they were imagined in? Or do they grow with their creators, aging as they do? If their creator dies, what happens to them? This is something we have not seen on the show, but I'm sure it's happened. People die every day, that's a fact of life. Who's to say that children dying is unheard of in this universe?

Alright, boys and girls, that's all the time we have for today. Thanks for watching Conspiracies with Alyssa. We'll be sure to pick this topic up again and if any of you have any questions, be sure to mail the PO box with a postcard. (Wow, I really showed my age there, didn't I?)