White Women, If You're Not An Intersectional Feminist, You Are Not A Feminist

White Women, If You're Not An Intersectional Feminist, You Are Not A Feminist

Put your money where your mouth is and support intersectional feminism. 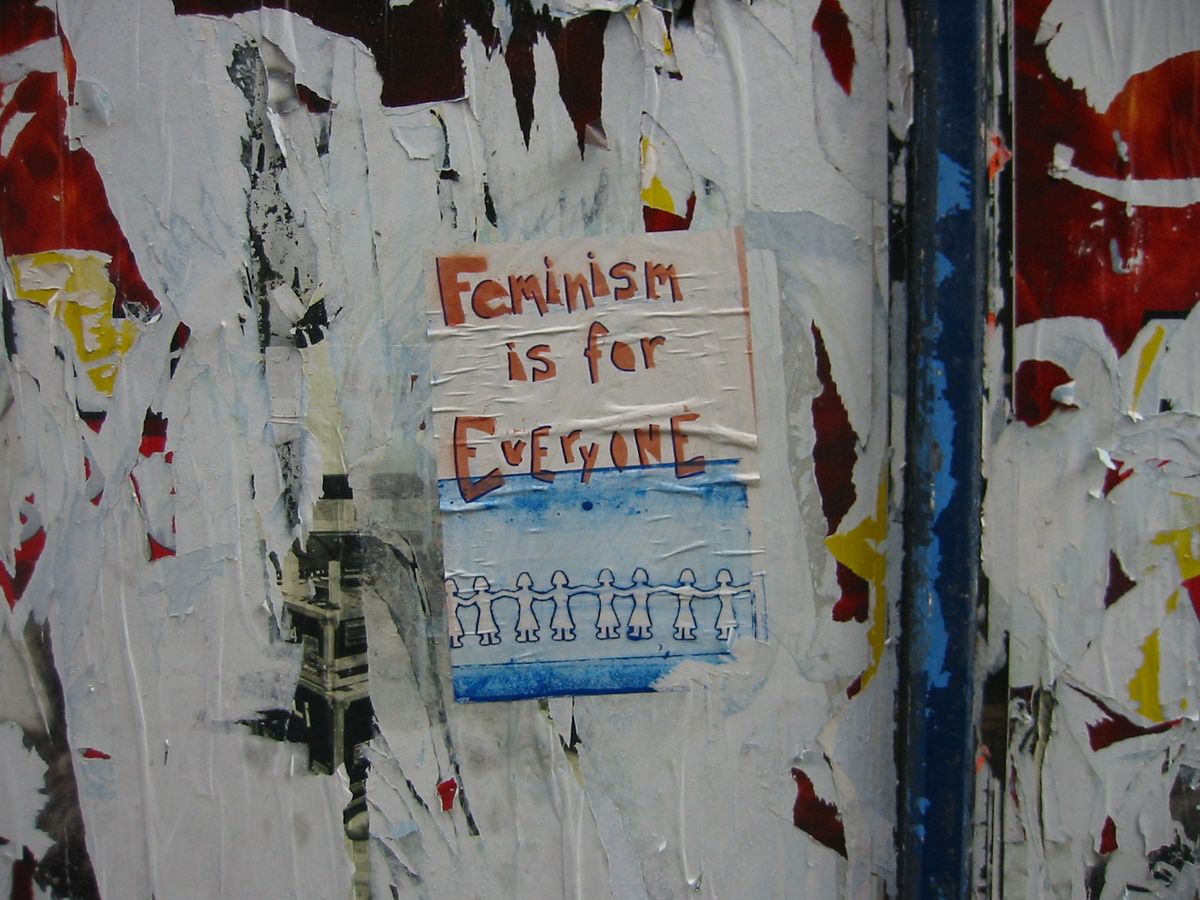 Historically, mainstream feminist spaces have been reserved for a specific type of woman: white and middle class.

Those women in those spaces demanded equality, enfranchisement, and esteem from their (white) male counterparts.

Earlier feminists, such as Elizabeth Cady Stanton and Susan B. Anthony, viewed their liberation achievable by way of inclusion, meaning, they would be ‘free’ so long as they were not excluded from law-making, voting, working, etc.

These women viewed themselves as more deserving of equal rights than any other group in the U.S. — much more than males of other races, and especially, more than women of other races. Their legacies exist and persist presently in liberal feminism, defined by its pursuit of reformation of political institutions and social spheres. It considers the foundations of our legal, educational, military, social, and cultural institutions sound; the only issue, in the eyes of liberal feminists, is the lack of women in these institutions — not the inherent inequality they operate under.

Liberal feminism (often interchangeable with the term white feminism) has very little relevance today. Intersectional feminism, however, is what every feminist should subscribe to. (The term was coined by a black woman, Kimberlé Williams Crenshaw.)

Here are five intersectional feminist organizations you can support and donate to:

"...A chapter-based, member-led organization whose mission is to build local power and to intervene in violence inflicted on Black communities by the state and vigilantes.

We are expansive. We are a collective of liberators who believe in an inclusive and spacious movement. We also believe that in order to win and bring as many people with us along the way, we must move beyond the narrow nationalism that is all too prevalent in Black communities. We must ensure we are building a movement that brings all of us to the front.

We affirm the lives of Black queer and trans folks, disabled folks, undocumented folks, folks with records, women, and all Black lives along the gender spectrum. Our network centers those who have been marginalized within Black liberation movements.

We are working for a world where Black lives are no longer systematically targeted for demise.

We affirm our humanity, our contributions to this society, and our resilience in the face of deadly oppression.

The call for Black lives to matter is a rallying cry for ALL Black lives striving for liberation."

El/La emerged in 2006, after Proyecto ContraSIDA Por Vida (PCPV) lost its funding. Based on 10 years of work in the transgender program of PCPV, El/La has continued to work with transLatinas because of the expertise of our staff, and because HIV prevention services are crucial for this community. El/La is a fiscally-sponsored program of Community Initiatives.

"...A national social justice network dedicated to the fundamental human rights of people involved in the sex trade and their communities, focusing on ending violence and stigma through education and advocacy.

On the national level, SWOP helps build stronger communities and a stronger movement through technical assistance, funding, and direct support and advocacy. On a local level, our chapters address structural, cultural, and interpersonal violence individuals in the sex trade face by working to change attitudes, change policies, and create alternative community-led systems of support.

SWOP was founded in 2003 in the Bay Area, with its first major action being the coordination of International Day to End Violence Against Sex Workers, a global vigil that continues to be a cornerstone of SWOP’s awareness-raising work. Since it’s founding, hundreds of individual activists have engaged in local SWOP chapters and national projects geared towards educating the public and policy-makers on the direct and institutional harms committed against sex workers and their communities.

SWOP promotes decriminalization as the best means of decreasing harm and promoting agency amongst people in the sex trade. SWOP adopts the principles and practices of nonviolent action in order to reduce violence and achieve dignity and rights for sex workers. SWOP is committed to the respect, safety, and autonomy of all sex workers, and seeks to amplify the voices of those who are often left out of discourse around the issues we address collectively as a social justice movement."

We publish print and online articles. We conduct workshops and develop communication strategies for social justice organizations. We ensure our media and movements include our voices. By developing writers and removing publishing barriers, Echoing Ida amplifies the critical expertise of our communities.

To-date, Echoing Ida has published over 275 articles in 65 outlets. Together, we ensure our families and communities thrive."

"...A Lesbian, Gay, Bisexual, Two Spirit, Trans and Gender Non-Conforming People of Color center for community organizing, focusing on the New York City area. Through mobilization, education and capacity-building, we work for community wellness and progressive social and economic justice. Committed to struggling across differences, we seek to responsibly reflect, represent and serve our various communities."