How Punk Influenced Third-Wave Feminism
Odyssey
CurrentlySwoonLifestyleHealth & WellnessStudent LifeContent InspirationEntertainmentPolitics and ActivismSportsAdulting
About usAdvertiseTermsPrivacyDMCAContact us
® 2023 ODYSSEY
Welcome back
Sign in to comment to your favorite stories, participate in your community and interact with your friends
or
LOG IN WITH FACEBOOK
No account? Create one
Start writing a post
Politics and Activism 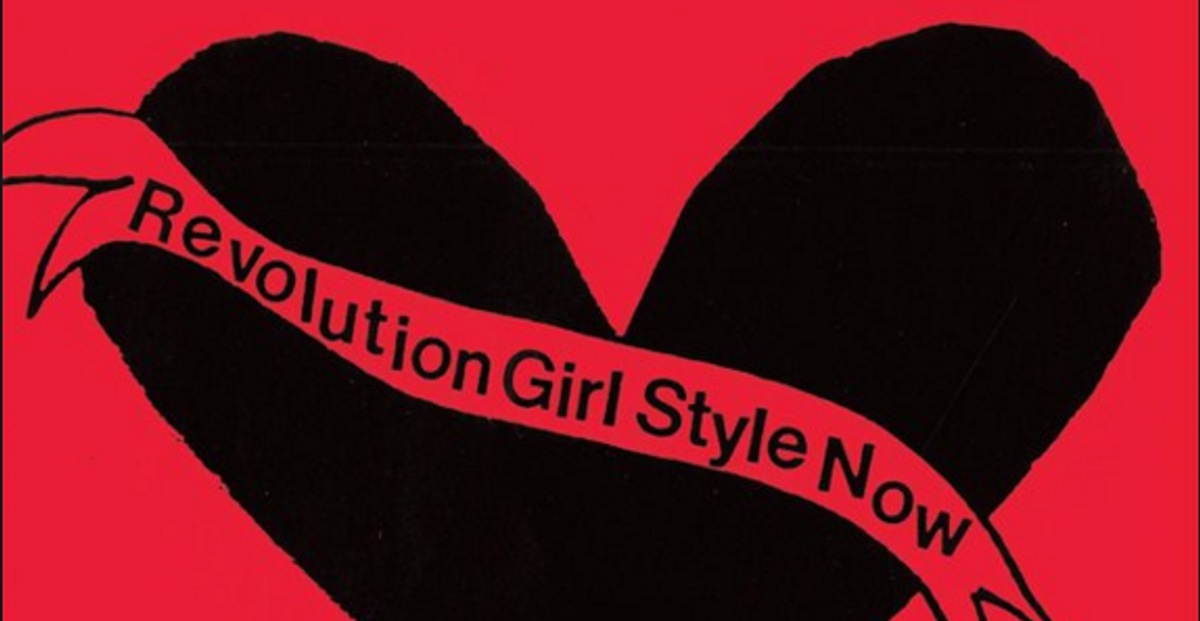 The origins of the movement, can be traced back to Olympia, Wash. in 1991 with the members of Bikini Kill, Bratmobile and other local all female and female-fronted bands taking to the stage with the event "Love Rock Revolution Girl Style Now," shortened to "Girls Night."

These women caused a stir in the early- to mid-1990s. What began as a movement in the indie-label punk community quickly became mainstream news following Joan Jett’s collaboration with Bikini Kill. The media went into a frenzy, associating the movement with any female-fronted band in the early 1990s. Any famous woman was bound to be asked the "feminist" question. Many women of the time rejected being associated with Riot Grrrl, including Courtney Love, who often appeared at the forefront of the movement to mainstream media. According to her, the Riot Grrrl movement did not embrace her as a feminist figure and said her feminism "came in a weird brand."

Central to the Riot Grrrl movement was the utilization of the zine. The word zine originates from the term magazine, and, according to the Merriam-Webster dictionary, is defined as, “a noncommercial often homemade or online publication usually devoted to specialized and often unconventional subject matter.” While the origination of the zine is hard to pinpoint, zine culture exploded during the 1970s and 1980s in the punk scene due to the popularity of DIY aesthetics.

In the realms of Third Wave Feminism, zines have been used to express opinions on numerous topics and are directed to politically charged females. In many ways, zines were the precursor to the Riot Grrrl movement, with prominent women such as Tobi Vail, creating zines before or in conjunction with starting a band. Riot Grrrl zines, such as Vail's Jigsaw gave light to many issues surrounding the Third Wave movement such as violence against women, reproductive rights, and LGBTQ+ inclusion.

Zines were often filled with quotes from famous feminists but offered a personal side to the movement as well. Many women came forward to share stories of sexual violence within their pages. As a zine writer of the 1980s, Stephen Duncombe saw the Riot Grrrl movement and its use of zines as the “bringing together [of] the radical critique of patriarchy and desire for female community of past feminist movements, and the in-your-face, rebellious individualism of punk rock.”

While the bands that created the Riot Grrrl were, for the most part, disbanded by the end of the 1990s, the attitude of the movement continues today. On Jan. 24, 2011 Police Ofﬁcer Michael Sanguinetti of Toronto, Canada, according to the BBC, stated at York University, “Women should avoid dressing like sluts in order not to be victimized.”

Such a statement sparked backlash, his words were not only highly unacceptable but simply inaccurate. The aggressor should always be the one at fault for their own actions, not the victim. This incident inspired the Toronto SlutWalk which was co-founded by Sonya Barnett and Heather Jarvis. Both were enraged by the officer's comments and used their various skills in gender studies and social activism to rile up participants.

On April 3 that year, over 1,000 people took to the streets and participated in the world’s first SlutWalk, wearing anything from religious garb to pasties and thongs, many bearing resemblance to Kathleen Hanna who was known for scrawling derogatory words such as "slut" across her body for performances with Bikini Kill. The message of this movement was clear, to prove that no matter how a woman looks she deserves respect and the right to say no to sexual advances, much like the messages in Riot Grrrl zines. As these walks spread across the world, they proved that punk is more than a genre now, it's an attitude.