Politicians, PPEs, the Peanut Gallery, and US
Odyssey

Politicians, PPEs, the Peanut Gallery, and US

What do you believe in? Does your vote matter? 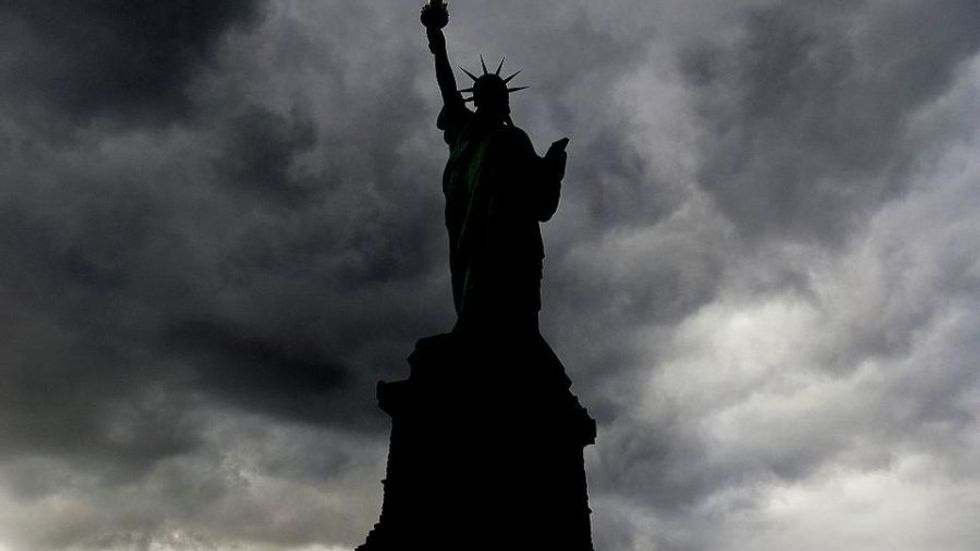 I remember "voting" for the first time in 3rd grade. In a dark room, a 3rd-grade me had to fill in either a box for Obama, or a box for McCain—two adult names I remember hearing on the radio. Two adults mentioned by the speaker on the ceiling, titles for a mock election. Two adults that talked about adult stuff, like security and taxes, as candidates vying for the throne of President. And there was me, in that AC-frigid room, trying to decide which one would be best for said throne. No idea of what the hell I was doing, I sung a nursery rhyme and chose a random name.

I was always told that I would understand "politics" when I was older and wiser. I was led to believe that politics would make anyone instantly smarter, the steroids towards maturity. This was the supreme, luxurious bank of knowledge that I thought blessed older people, along with the magical land of college, and driving cars that could take me anywhere I wanted to go. Fast-forward 13 years, here I am as a 21-year-old adult, driving a car through slippery trails, towards a COVID-19-tense university, all because the icy rain took my electricity way.

Now that know about politics, I have to vote for realsies next week. And I still feel as perplexed as I was back in that dark, cold room in grade school.

When I was a kid, I always thought all politicians as noble, generous, intelligent, and hope-bringing men and women. Nowadays, I roll my eyes. Today, most people in suits argue about each other on their POVs, which the other party will never understand, because they are so heavily rooted in their own biases (core beliefs, dogma we would NEVER refuse to desert). Men and women in suits yell at each other, within a civilized environment, to feed the public through the lens of hundreds, thousands of cameras in HD perfection. But even without high definition, some would argue that the quality has dimmed over the past few decades.

Some cling unto the truths others would call "fake news." Others expose "fake news" for what it is, yet are somewhat scorned by those devout to it. Facts are often discarded for impulsive, automatic thought, blurbs of instinct summoned through memory. Reassurances that they were always right in the first place, cushions to backup defenses against those who would challenge their beliefs. Racism, police brutality, quarantines, abortion, healthcare, gay rights, religious freedom, science, "reasonable" gerrymandering, scandals, appointing the "qualified," and other topics are often clashing together; dramatized, minimized, maximized, accessories, or obviously ignored in this salad tosser that is the White House. Debating like high-schoolers over their ideal picture of prom, a choice the senior class will have to somewhat trust in.

I honestly cannot tell the difference between Congress and STUCO.

I never imagined politics to be so much about the tabloids, the front page on websites, the flocks on Twitter, and the money. Most of the adults that I thought were so prestigious and elite turned out to be mostly spoiled brats, elitists vying for a seat, rather than the responsibility that came with it. Where politicians invite the devout to rallies, only to be put in danger by the weather or a virus. How men and women in suits smile and wave to the cameras, blissfully unaware that others who supported them are angry they sacrificed their morals for survival. In the domain where social media is the king, politicians will focus more on reelection, rather than the changes they promised to made their first term.

And has happened because of all of this? 230,000+ Americans dead of a virus we didn't take seriously, and thought would "go away." Racial injustice and threats from white supremacists that continue to fester since the Unite the Right Rally at Charlottesville. Immigrant children separated at the border, locked up in facilities and ending up with scars that will never heal. Men, women, and children unable to get inadequate healthcare that they need to live another day. Where the ones in power get away scott-free with their "mistakes," and rest become even more powerless in the process. Where intolerance becomes law, and that sets a precedent for the future generations to quarrel about what's wrong and what's right, when the answer is merely common sense and human dignity. The bar has been lowered so far that it splits the country into six-of-one.

So why am I voting? Am I voting because it was the rite of initiation that was robbed of me at the unripe age of 17 when the last election occurred? Am I voting out of vengeance against those who voted out of an "inconvenience," just because they could? Am I voting out of responsibility as an American citizen? Am I voting out of anger to make change? Am I voting out of desperation, for a chance for change? Even I cannot eeny-meeny-miney-moe this situation. Through the tantrum-filled debates, the taunting tweets, and incoming doom, I have no idea what will happen. Will this old/new President lead our country towards reform or ruin?

Can't say for sure. But if I don't place my ballot in, I forfeit my right to complain, regardless the outcome. It all comes to fate now.