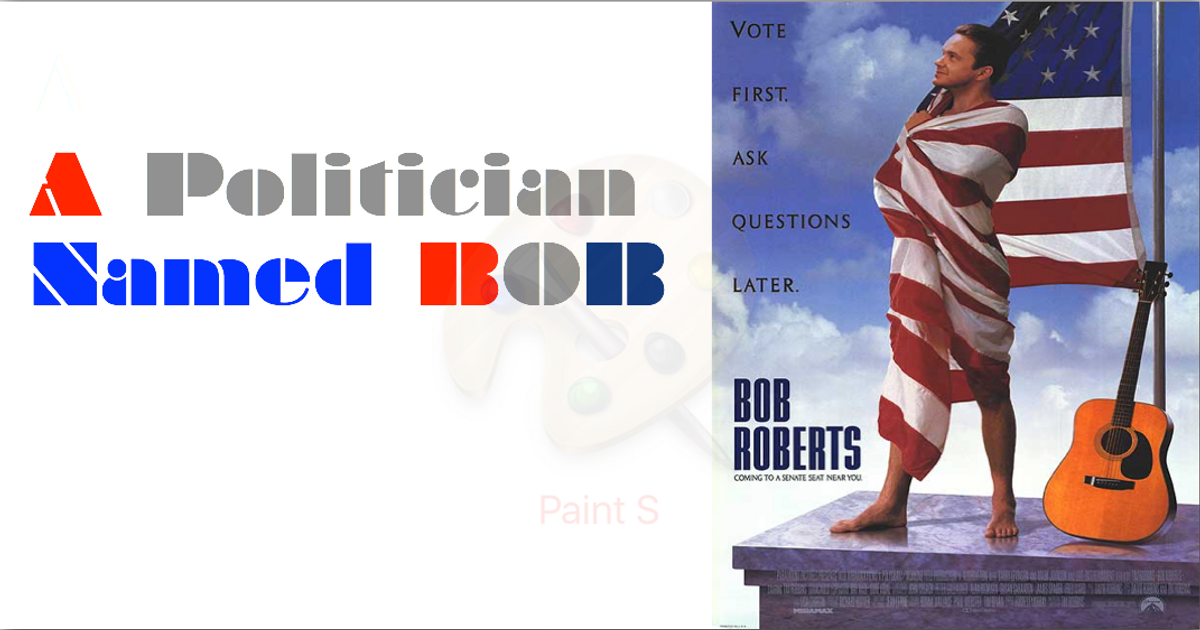 More often than not life imitates art and in some instances, it can be terrifying when you see what it can be like. Recently, in one of my classes, we watched the movie Bob Roberts, which is filmed like a documentary exploring the campaign of folk musician Bob Roberts who is running for senator of Pennsylvania. The movie delves into the separation of politicians between those that run on the issues and those that run on fear mongering.

The poster of the film shows Roberts wrapped in a flag which is symbolic to the quote, “When fascism comes to America it will be wrapped in the flag and carrying a cross”. Part of the movie has Bob trying to appeal to the religious vote because he wants to make it seem that any foreign powers are rivals of United States and should be harmed.

Bob, played by Tim Robbins is the latter type of politician and runs on an empty personality. He is firm in that he is going to win this race but at the same time never actually reveals what he stands for. Instead when he is interviewed by anyone in the media, he makes the press seem as though they are wrong for asking him about any issue.

In one scene where he is interviewed about his campaign, he starts openly attacking the reporter doing the interview after she asks him a simple question about his beliefs. His opponent, Brickley Paiste, played by Gore Vidal, is focused on the issues and wants to win on merit instead of being a flashy personality.

Much of this film mirrors the political career of Donald Trump, especially since another plotline of the movie has to do with the campaign coming under investigation for using planes funded with illegal housing money to smuggle drugs into the United States. Many of the mannerisms in which Bob conducts himself are also similar to Trump’s personality while on the campaign trail.

Some of the other things that make Roberts seem eerily similar to Trump is how he makes the media out to be the enemy. Throughout his campaign as well as his time in the White House, the media have been a constant source of ridicule for the president. Recently, the White House Correspondents Dinner was the subject of great strife as many people felt that the tradition was officially over with Trump in office.

Journalism has stopped being different. Now, all journalist are expected to write about is whatever trump has done next. As I’m writing this article, I got yet another notification for an article that wants to figure out what will be the next thing to bring down Donald Trump. During the film, Roberts is pursued by a reporter who attempts to find the story that will bring him down but at the same time, he is searching for several different angles to that story.

Finally comes the ultimate similarity between Trump and this film character, the fact that they ran on the platform of being able to bring change to government, but are in it to really help big business. Both of these men are what people ant because they feel that they stand for their values but are nothing like them.

This film is something that people who are hooked on Donald Trump need to watch and even if you aren’t, still watch it. While it won’t be as cringy as Michelle Wolf’s White House Correspondents Dinner speech, it may be just as funny. The movie manages to have some fun while also scaring people into realizing that in 1992, Tim Robbins had a vision about Trump being the President and didn’t tell anyone.

Glorie Martinez
692
Why I Write On Odyssey