There is no single solution to police brutality because America as we know it was built on oppression, and nothing will change without radical action from its people. 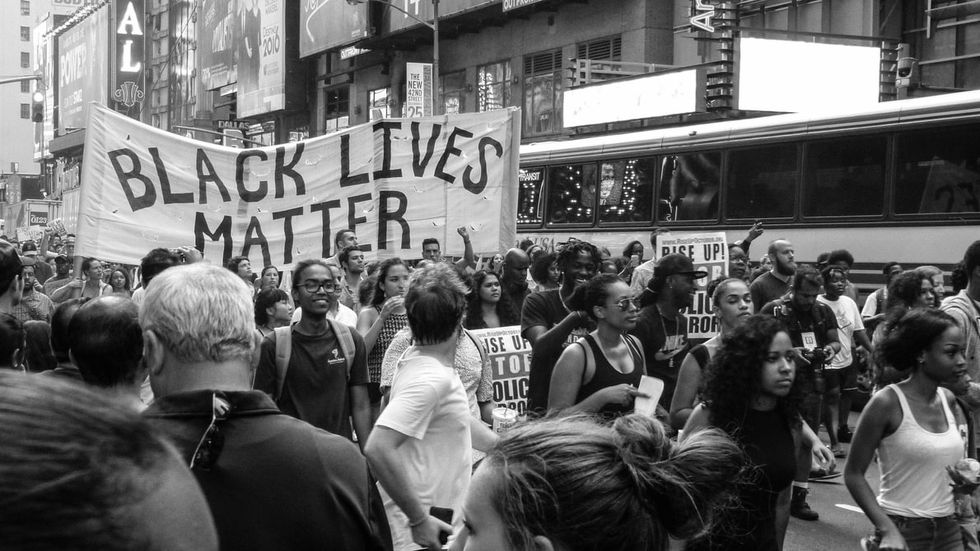 The single most shameful truth about the United States is that it was built on the backs of the oppressed. America, for all its talk of freedom, individual rights, and equal opportunity, would not exist as we know it today without a twisted, arbitrary hierarchy that dates back long before we declared independence. It's easy to look back in time and review this hierarchy as a frightening chapter of our history that sits far in the past, slavery being a prime example, but the truth remains that we still experience the fallout today—historically marginalized communities more than others.

Enter the issue of police brutality, which has plagued America for centuries but was recently brought back into the media with the wrongful death of George Floyd at the hands of police officer Derek Chauvin. Floyd's death marks another in a string of related tragedies that stem from the longstanding connection between racial profiling and excessive force by the police. When looking at incidents like these, it can be easy (especially if you yourself aren't part of the marginalized community at hand) to dismiss them as blips, the abusive officers as "bad apples" that do not represent the rest of the law enforcement system.

With this viewpoint, it's easy to pinpoint a solution: simply weed out these "bad apples". What this fails to address, however, is the institutions in America that allow abuses of power to happen over and over and over again, institutions that were built alongside our country and will not fall until America as we know it does.

One such institution, of course, is racism against Black Americans. Though America formally rejected slavery a century and a half ago, and the civil rights movement brought about legislative progress, the consequences of exploitation and segregation continue to affect the Black community today.

These consequences come in many forms: the incarceration gap, discrimination in healthcare, occupational segregation, personal bias, and, of course, racial profiling. These consequences, unfortunately, have no single solution; they will require decades, if not centuries, of new legislation and universal acknowledgement of discrimination, both of which will remain out of reach if our government continues to simultaneously ignore and exploit racism the way it has done for nearly three centuries.

The other main institution that allows for devastating events like the murder of George Floyd is the lack of accountability for those who hold positions of supreme power. Though many police officers truly aim to uphold peace and serve the American public, those who wrongfully choose to abuse their power often face minimal, if any, consequences. Police are given a liberal amount of leeway when it comes to using threatening or deadly force, especially if there is a suspect that may pose an immediate threat to others. This is meant to enable officers to make split-second decisions without fearing legal backlash, a necessity when it comes to high-stress situations.

The problem with this, however, is that it is often abused and misinterpreted when combined with racial profiling. In fact, almost half of the unarmed people killed by America's 100 largest police departments were Black. More than that, police are only half as likely as other civilians to be convicted for crimes related to abuse of power. Our country was founded on the idea that police deserve extra leeway when it comes to dealing with suspected criminals, and when that additional power is combined with racial profiling and the longstanding tendency to believe officers over civilians, the results are often devastating for the Black community.

The unfortunate truth remains that police brutality exists because our country was founded to allow it to exist. There will never be a single solution to eradicate it that doesn't involve rebuilding America from the ground up because our government embraces the very institutions that make it possible. Without radical action from the people, tragedies like the murder of George Floyd will continue to occur.

As a citizen, though you may not be able to uproot a country founded on centuries of oppression, you are far from powerless. Raise awareness. Speak up against injustice when you see it. Vote out officials who support the despicable actions of officers like Derek Chauvin. Donate to institutions that support victims of senseless tragedies like these.

At the end of the day, the only solution to America's police brutality problem is a complete upheaval of the system as we know it. This cannot be done in one fell swoop, but in many steps over many years by many people. Remain vigilant, refuse to be silent, and use your voice to speak up for those victims of the system who can no longer speak for themselves. This is the only way we can change America for the better.