Yes, Your Vote Is Important In The November Midterm Elections — Very Important
Odyssey

Yes, Your Vote Is Important In The November Midterm Elections — Very Important

You can't expect other people to fight for your interests. It's not like everything that the government does won't affect you. 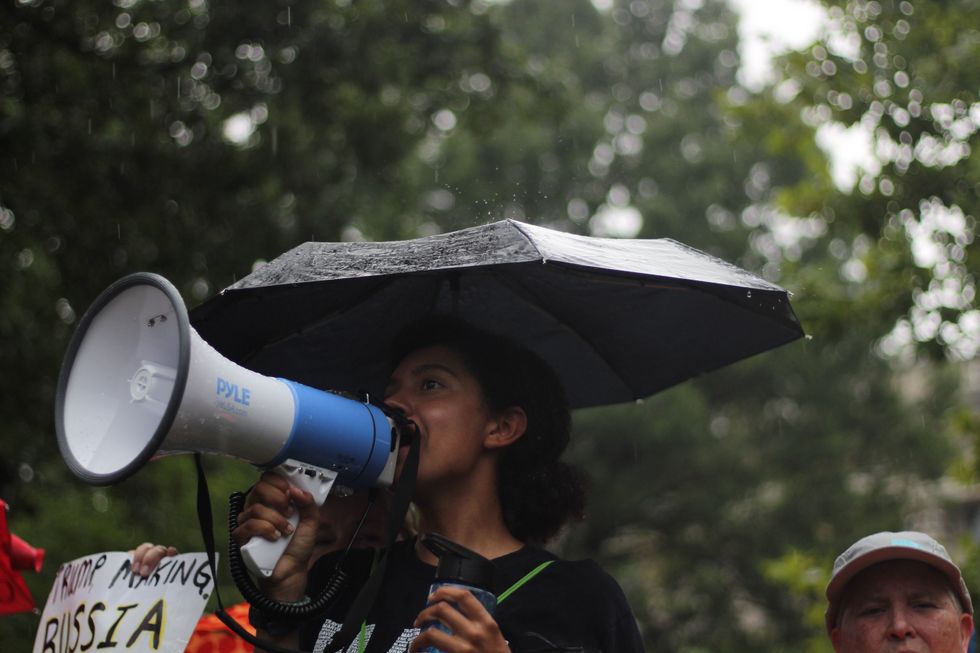 In this upcoming midterm election, all of the seats in the House of Representatives, as well as 100 seats in the Senate, will be up for election across the country. 36 states will be holding elections for the seat of governor, and even in your own hometown, there will be things to vote on.

1. Younger generations have a huge voting population and the ability to be influential because of it

According to a study done by the Pew Research Center in April, a combination of the Millennial and post-Millennial generations could soon surpass the other generations as having the largest number of eligible voters. However, in 2016, only an estimated 50% of eligible 18-29-year-olds turned up at the polls, far less than other age groups. This just seems like squandering potential, when you consider the diversity of the younger electorate as compared to older generations.

2. Depending on where you live, it's not hard to register at all

Many states let you register online, and if not, you can head over to the public library or the local DMV. Here at Rutgers, campus groups like NJPIRG and RUVoting have initiatives to help register students quickly and easily. It's not that hard! With just a little time out of your day, as long as you keep voting and unless you change your political affiliation or address, you never have to worry about re-registering.

3. There are things you care about

With the internet, finding information on what's being voted on has never been easier. A quick Google search can pull up easy results about candidates and issues. Your local news has likely covered hot-button issues that are going to be important to you and your community. Other resources, like Ballotpedia and BallotReady, can give you easily digestible information about what you'll be able to vote on in November. Being informed is a choice, but it's not a hard choice to make.

4. Voting is historically important to the American population

Throughout American history, groups have struggled to make sure that their voices count. In the early days of this country, landless white males who were barred from the political process fought for looser voting restrictions. Far later, suffragettes were arrested and jailed for picketing at the White House, and several were subjected to force-feeding after beginning hunger strikes in prison. In the Civil Rights Era, African-American activists were beaten, shot, and arrested for daring to demand to vote. People fought and died for your right to vote. Don't disrespect that.

5. You will care later

You can't expect other people to fight for your interests. It's not like everything that the government does won't affect you. On a local level, who you're voting on in November could affect change right next to your home. On a national level, the legislation that Congress creates will affect the country as a whole. If you choose not to vote because you don't care now, you're going to have no stake in the argument when the government inevitably does something you don't like. Basically, if you don't vote when you can, you don't get to complain later.

Certain chains and stores have deals for people with "I voted" stickers. During the 2016 election, franchises like Krispy Kreme and 7-Eleven gave voters a free doughnut and a free hot coffee, respectively. Let that incentivize you to hit the polls this November!

7. Your vote does count

It's hard to say that one voice in a country of 300 million can actually make a difference. However, even if your vote cannot sway your congressional or state election, especially if you're a minority in a state that swings largely left or right, your voice certainly matters on a local level. Furthermore, you don't know the future. You can claim an inevitability about how your vote will do nothing, but you never actually know. What's stopping you from doing the most you can? Don't degrade yourself by saying that your voice doesn't matter and doing nothing about it. Vote.