Make Vegas Your Next Destination For Your Girls Trip

Make Vegas Your Next Destination For Your Girls Trip

What happens in Vegas, stays in Vegas. 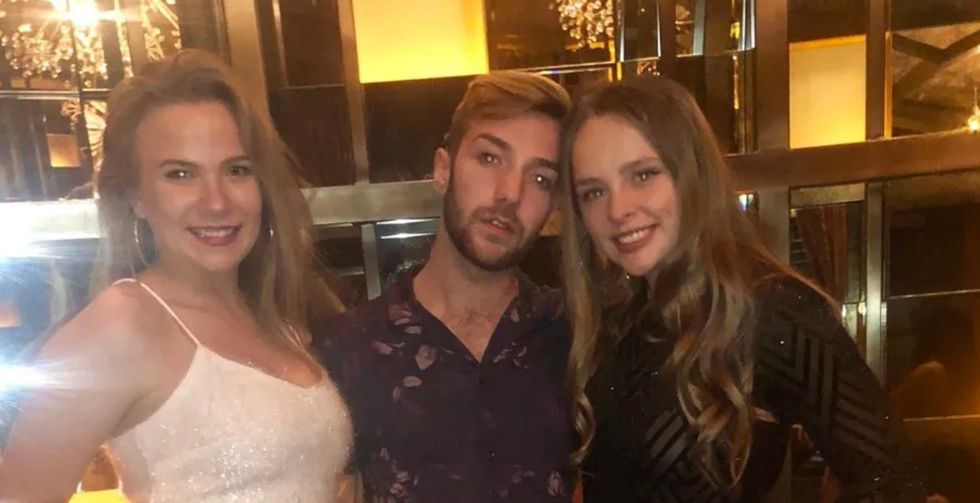 Since I have turned 21, last June, I have been to Vegas twice, both trips within five months of each other. Getting ready for my first trip, I didn't know if I would like the experience that comes with Las Vegas. Needless to say, my first Vegas experience was overall amazing and there were a few things that I wished I did but ended up doing it the second time.

My first trip to Vegas was in November of 2018. If you want to go to Vegas or enjoy going to Vegas, go after Thanksgiving and before Christmas, flights, and hotels are cheap and the weather was not hot but not cold either. I paid a total of $170 for my flight and hotel stay for four days and three nights.

Two friends and I posing outside of Omnia Nightclub.Megan Martin

I went with a couple of my friends who were able to get the time off. We had a blast and made decisions that made us say "what happens in Vegas, stays in Vegas." We got information for a club promoter which allowed us to get on the guest list for any climb we wanted to get into, which lead to us getting free bottle service for the night. Let me just tell you, someone paid $70 for FOUR Fireball shots, I mean I could get four Fireball shots for less than $20 at a college bar in Iowa City.

During the four days and three nights, we went to Jewel Nightclub at the Aria hotel, Omnia Nightclub at Cesear's Palace and One Oak Nightclub. All great clubs, great music and if you are a person who likes to dance, just book your ticket and get yourself to Vegas already, even for a short weekend. We experienced Fremont Street, took in the cover bands that played, ziplined, rented bicycles and rode around Vegas and visited the Stratosphere and rode the rides at the top. I did gamble but just spent two dollars in the slot machines, but I lost it. Needless to say, gambling is not for me.

After my first trip, I reflected on the fours days spent there. I enjoyed the time and the experience I had gotten and was ready to go back in a heartbeat.

The second time around was after I moved to Utah. Being a five to six-hour drive away from Vegas is a pretty nice location to be in. My roommate and I drove down after work on Friday. We got in just before 10 p.m. My roommate had gotten ready on the drive down, all I had to do was change into the outfit I had planned and swipe on some eye shadow, mascara, and lipstick. I contacted a Club Promoter I met and we went to the Hakassan Nightclub.

My roommate and I had brunch at Eat. Near Fremont Street.Megan Martin

The whole reason that my roommate and I made the trip to Vegas was to attend the Magic Mike Live Show. I seriously recommend going. The show was amazing, the men were hot and you'll have the time of your life if you choose some good seats.

The experience that I received from the show was a free foot rub, a red rose tossed to me, and some close action.

Recap post of my experience at Magic Mike LiveMegan Martin

The second time around, I got to experience more of Vegas during the day time. We walked around Las Vegas strip. Took in the hustle and bustle of the city filled with worker and tourists. We watched the fountain show at the Bellagio, visited M&M World and other stores along the strip.

I am still waiting to get a group of my closest girlfriends together to go spend a few days in Vegas.

Now get your friends, get dressed up and have a wild time in Sin City.