What Women With PCOS Go Through

I Talked To My Cousin About Her Polycystic Ovarian Syndrome, And, Wow, PCOS Is No Joke 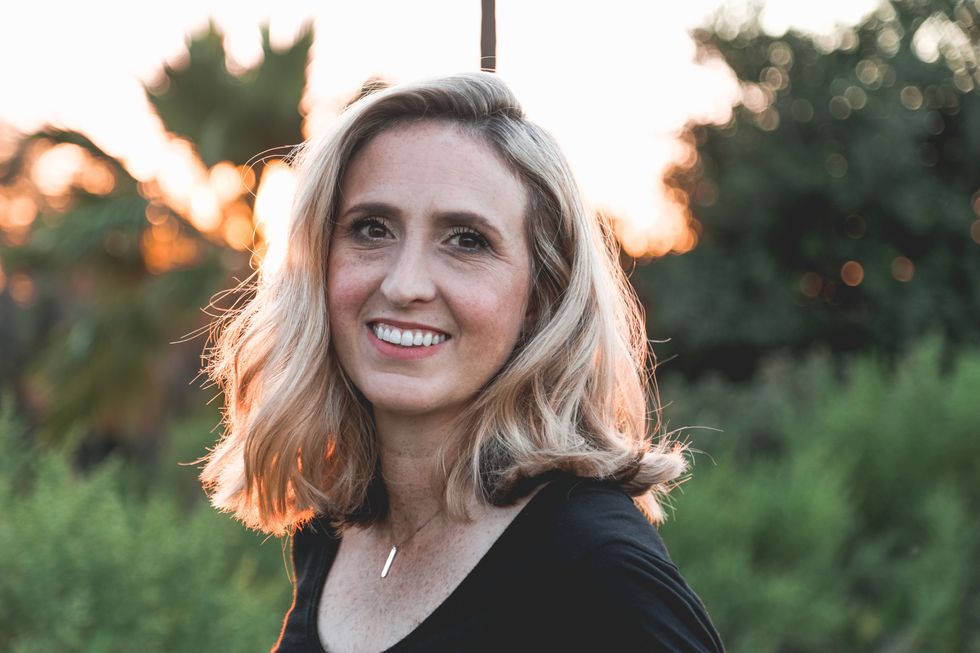 There are just some medical conditions out there that simply baffle me with regard to how many people deal with them every single day. It's absolutely bonkers to me that more people aren't aware of what some people in the world have to go through on a daily basis.

In that same respect, I had recently found out that my cousin has Polycystic Ovarian Syndrome (PCOS). I wanted to know more about this condition so I could understand what she and many others go through on a day-to-day and month-to-month basis.

I wanted to have a clearer picture of just how awesome and freaking brave these people are.

In short, PCOS is a disorder that affects about 1 in 10 women of childbearing age. Typically, this means that the disorder is diagnosed between the ages of 18 and 35, but like all conditions, it can be diagnosed sooner or later than the ages mentioned above.

This disorder mainly affects the ovaries, but because the individual experiencing the disorder typically produces too much of the hormone called androgen, some other side effects of this disorder could pop up, such as unwanted body hair or even what's considered "male pattern baldness." That's because the hormone called androgen is considered a male hormone. Though these side effects are troublesome, the big focus here is the effect that PCOS has on the ovaries.

I interviewed my cousin, who has this condition, to find out what exactly the effects of the condition are and how this affects her in her day-to-day and month-to-month life.

What is a simple definition of PCOS?

Basically, it just means that I have mini cysts on my ovaries that are totally not cancerous at the current moment. I have what's known as the benign form of PCOS, and that just means, like I said, that the cysts on my ovaries aren't cancerous. For some women, though, the cysts could turn into cancerous cysts, so I just have to keep a close eye on the condition to make sure that that doesn't happen to me.

When were you diagnosed?

I was diagnosed with PCOS about a month and a half ago.

How does PCOS impact your day-to-day life?

Sometimes, I just have random cramps that happen, but overall, it doesn't really affect my day-to-day life all that much. I know that I'm lucky, though, because PCOS can definitely affect some women in their day-to-day lives, and the pain can really be a struggle to deal with. I'm just lucky, I guess.

What logistical things do you have to consider that other people don't?

The only real logistical things that I have to consider with regards to PCOS are like, birthing things. For most people, if they want to have a baby, it's really as easy and simple as making that decision — it's not that simple for someone like me. If I want to have a child, I have to plan out like about a month or so in advance to when I actually want to be able to get pregnant, and I have to take a hormone shot for my system to be able to effectively handle that pregnancy.

There's not really any treatment, but if the cysts get to be two inches or greater, I would have to get them surgically removed or drained and popped so that way they hopefully don't get to be that big again. (There's never any guarantees with this condition, though.)

How often do you have doctor's appointments? What do they consist of?

I typically would have to get the cysts checked and have a gynecological check-up every six months. The doctor's appointment here consists of a transvaginal ultrasound. It's super invasive and annoying, but not overly painful. That's mostly what the appointments to check on the condition consist of, though.

What is the most common misconception you've heard about PCOS?

That it's cancer. Because, as I've said before, it's not cancer at all. But, everyone hears the word "cysts" and I guess they automatically think "tumors" or "cancer" or that I have ovarian cancer or something — that's just not the case. That whole stereotyping thing around PCOS is really frustrating and honestly, really annoying as well.

How has this condition helped you to grow?

It's definitely made me more aware of my "womanhood," like, the inner workings of the cis-gendered female anatomy, I mean. I always used to take pride in "being a woman," but I never fully understood what being a cis-gendered woman meant until I found out I had this condition that really makes me evaluate what exactly that means to me. It's made me thankful and grateful for this body that I live in, even if it is a little out of whack, as far as PCOS is concerned.

I had never even considered any of this when I first heard about my cousin having polycystic ovarian syndrome. I think that if more people were aware of what this condition really consists of, there wouldn't be so much stereotyping and there wouldn't be the stigma surrounding it that she had mentioned in her interview. All I can say is that I am definitely grateful and thankful for my healthy reproductive system because PCOS is no joke.