Panic! At The Disco Swore To Shake It Up, And We Swore To Listen
Odyssey
CurrentlySwoonLifestyleHealth & WellnessStudent LifeContent InspirationEntertainmentPolitics and ActivismSportsAdulting
About usAdvertiseTermsPrivacyDMCAContact us
® 2023 ODYSSEY
Welcome back
Sign in to comment to your favorite stories, participate in your community and interact with your friends
or
LOG IN WITH FACEBOOK
No account? Create one
Start writing a post
Entertainment

Panic! At The Disco Swore To Shake It Up, And We Swore To Listen

Brendon Urie is one of the greatest creators. 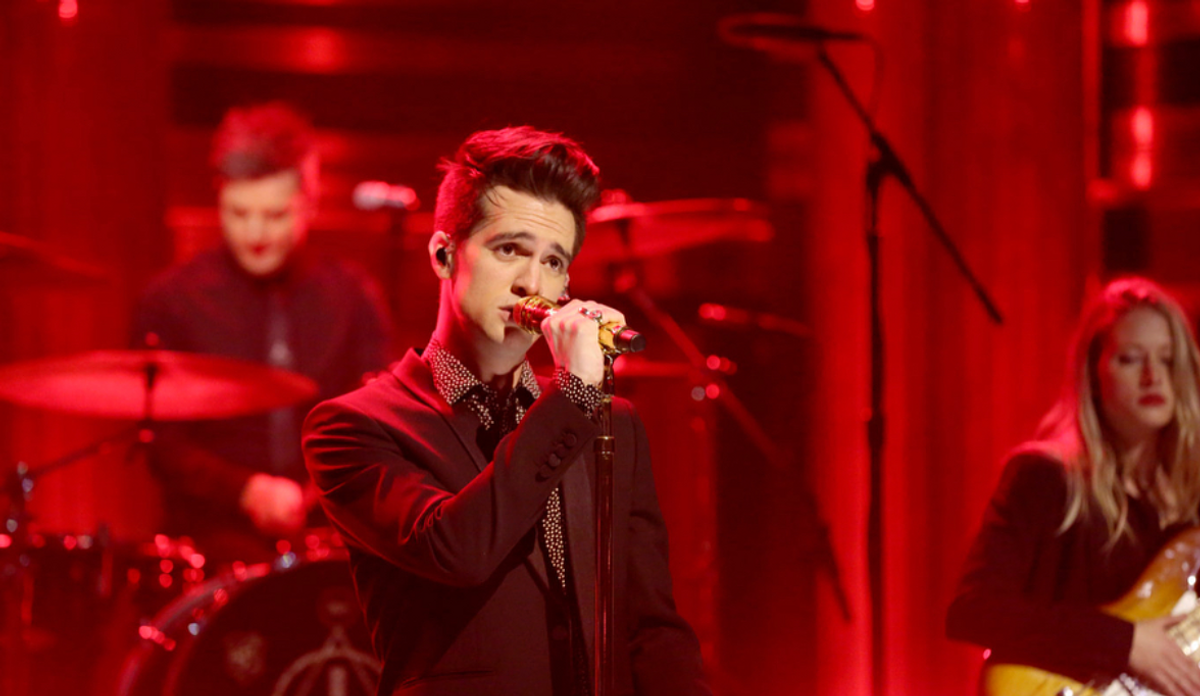 Panic! at the Disco first came into the music industry in 2005 with their debut album, "A Fever You Can't Sweat Out?". This album has an alternative punk rock feel, with it's most popular song, and honestly, most overplayed song, is 'I Write Sins Not Tragedies'. But even in their debut album, Panic! new they weren't going to stick with the same sound throughout their career. In their song "The Only Difference Between Martyrdom and Suicide is Press Coverage", one of their lyrics states "Swear to shake it up, and you swear to listen" indicating that their sound will never stay the same, but as their listeners and fans increased, we swore to listen to anything they produced.

In their sophomore album, "Pretty.Odd.", their sound completely changed from alternative punk rock to acoustic guitar songs sounding similar to The Beatles. Their third album, "Vices & Virtues" came to us in a bittersweet manner; two of the original members had left the band to create their own music citing their only difference being musical. Ryan Ross, the creator and guitarist of the band, still co-wrote a lot of the third album's songs and continues to support them to this day. Their sound is called alternative rock while their look is steam punk.

Their fourth album, "Too Weird to Live, Too Young to Die" was the first album in which Brendon Urie, the front man and amazing vocalist with a range of four, I repeat, four octaves, created by himself, now being the only original member still in the band. His fourth album has a little more of an electric sound. Their fifth album "Death of a Bachelor" is by far, their most successful album. It was nominated for the grammy of best rock album. It was also their first album to receive number one album status on the "US Billboard 200".

Now recently, the front man himself had begun to send his fanbase some cryptic signs for new music or news about the band. On March 8th, Panic!'s tour manager and body guard, Zach Hall posted a video on their instagram story with orchestra music playing while Brendon Urie brushed his teeth and a clock sitting at the time 3:19, not changing. This indicated maybe an album drop, album announcement, or something else huge happening on the 19th. A few days later, some fans had begun to receive bottles of 'unholy water' with the words "Pray for the Wicked" and the date 3/21 pasted on it. Brendon continued to stay quiet before announcing a pop up concert in Cleveland on the 19th where they announced their new bassist, Nicole Row.

Everyone who doesn't live up north awaited anxiously for the second date given to see what our favorite band has been up to since the "Death of a Bachelor" tour. Then, it happened.

Listening to their new songs, they seem to be more pop punk than alternative rock like the last album. The songs seem so happy and up-lifting. They seem to be music to play at parties and really rock out to.

I, as a major Panic! at the Disco fan of many years, am so happy that I stayed and 'swore to listen' after discovering their first album. Brendon Urie is one of the most talented singers of our generation and I hope more people come to recognize his band as one of the most innovative and fun to listen to.

Nicole Marie Nigro
Individual Creator
6363
c1.staticflickr.com
Where to start...... Let me start with the cliche that life throws us curveballs and what we do with it is what counts.