An Open Letter to Rep. John Lewis, D-Ga.
Odyssey
CurrentlySwoonLifestyleHealth & WellnessStudent LifeContent InspirationEntertainmentPolitics and ActivismSportsAdulting
About usAdvertiseTermsPrivacyDMCAContact us
® 2023 ODYSSEY
Welcome back
Sign in to comment to your favorite stories, participate in your community and interact with your friends
or
LOG IN WITH FACEBOOK
No account? Create one
Start writing a post
Politics and Activism

There is nothing to panic about. 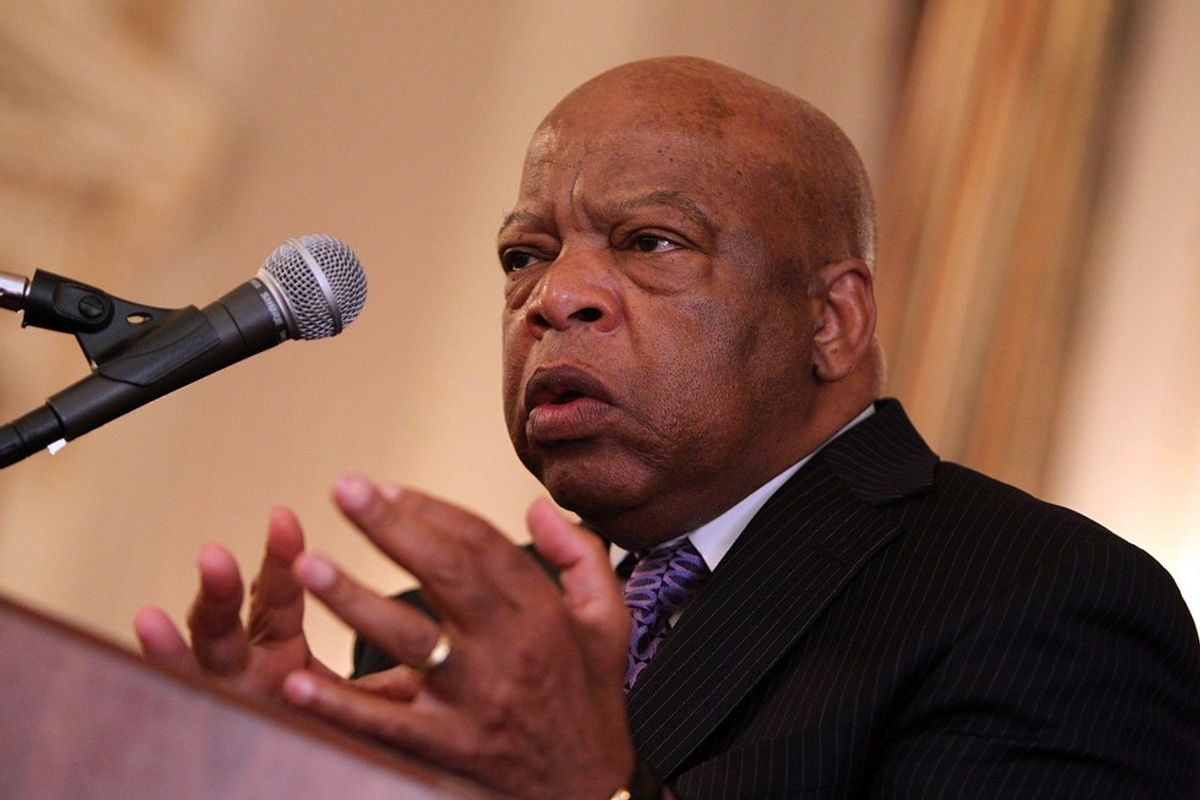 Yes, this is an open letter to Rep. John Lewis, D-Ga. No one told me to do this, which is why I am doing it.

No, I am not begging you to make a change. Better yet, I am not going to nag you about everything that is going wrong right now.

So then, why am I writing you? You do not represent my state, but you represent my heart and that is what this letter is about.

I would like to take this open letter to thank you for all of your efforts and ask you some questions.

First, thank you for being human. You are not one of those politicians who feels they are above anyone or anything because you are in office.

Secondly, thank you for being a great leader. Standing in the face of adversity to make things better for someone is leadership.

A true leader does not rest until the work is completed. The heavy load will never be lifted unless someone is doing some heavy lifting.

Perfect example: the sit-in on the House floor over gun control. My only criticism of it is that you did not sit there long enough.

I have to ask out of curiosity: was that sit- in inspired by something you participated in during the Civil Rights Movement?

The only reason I asked is because you were angry that gun control (or the lack there of) is constantly ignored despite it being in plain sight. Yet instead of doing something you would regret, you chose a peaceful option that got everybody's attention.

Peacefully gaining attention is a lost art and I believe that you have mastered it. After all, you did learn from a great teacher who had a dream.

The next point that I would like to address is compassion. With so many lost in a short period of time, you held no hostility towards either side.

Right now, people are mad and want a change. However, you understand violence, and how more violence hurts the situation.


Which brings me to my last point: stress management. How do you manage stress?

I can only imagine being in a stressful environment. At some point, a person can only take so much before stress takes a toll.

As a politician, how do you do to stay as stress-free as possible? Daily meditation, a few deep breaths, or maybe some yoga?

Okay, maybe yoga is beside the point. The point is you are a great politician and leader, and you have given this new generation of activists a good example to follow.

Peaceful change is #goodtrouble. Thank you for all the reminders.