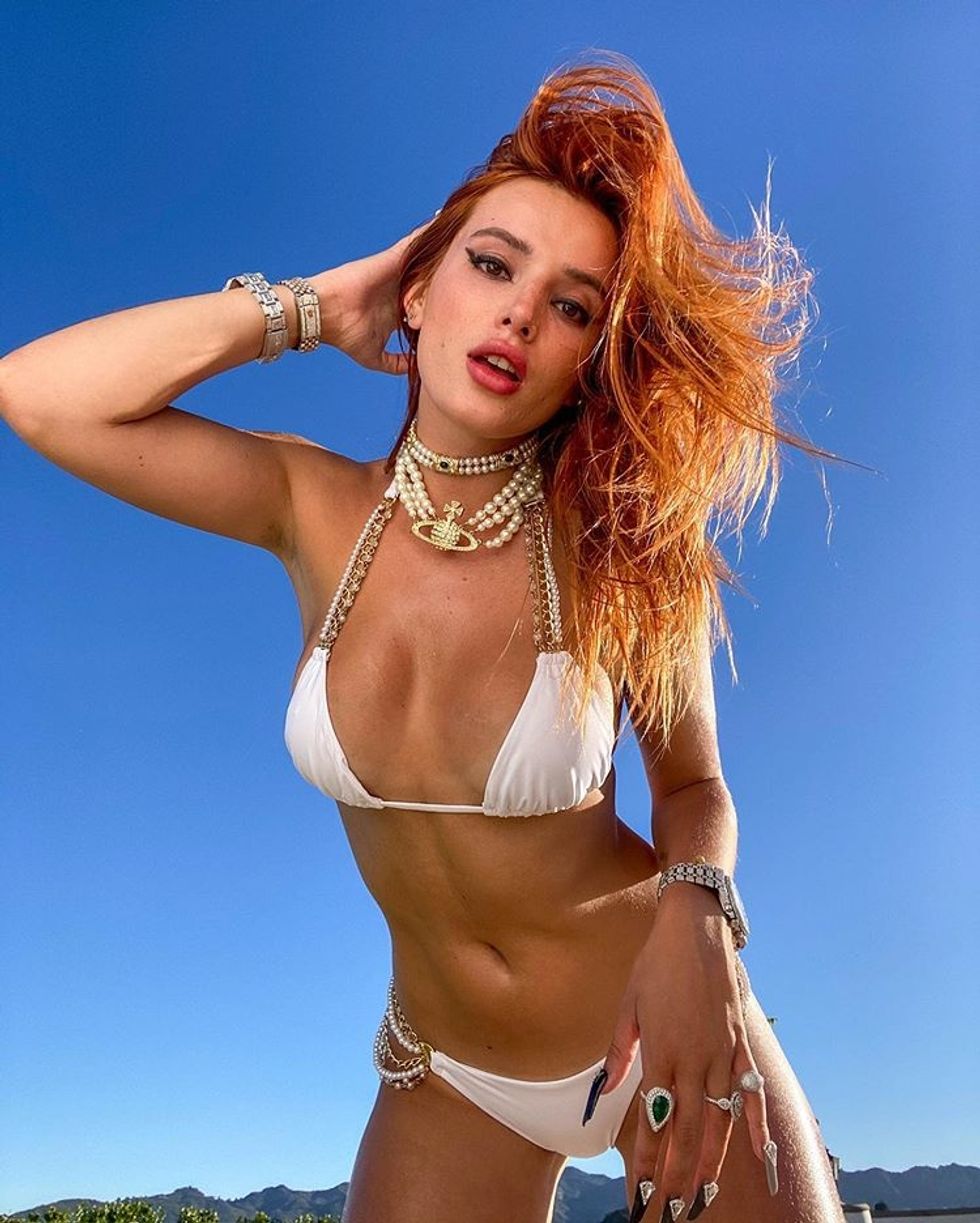 If you haven't heard, Bella Thorne has gotten herself into sticky OnlyFans drama after her $2 million payday.

OnlyFans is a subscription platform where creators earn money from fans who subscribe to their usually pornographic content that's too racy for the 'gram.

Plus, subscribers can send direct messages and tips in exchange for personal, kinky content on demand.

It's a hotspot for sex workers, college students, and influencers to make a buck or two, or three, or four. I mean, really, people get their fair share for consensually distributing nudes and such. This is how many make their income, pay their rent, and buy food — no shame to them.

However, Bella Thorne, who has an estimated net worth of $12 million, is out of touch with this reality and, honestly, playing pretend sex worker without recognizing any of the risks.

It's not all glitz and glamour! She won't lose her job or her family, she isn't afraid for her safety, and, she won't have to deal with dangerous customers.

That being said, Bella Thorne decided to play a role in the gentrification of sex work and, consequently, the "Thorne Effect" negatively impacted so many actual sex workers.

After joining OnlyFans, she scammed her subscribers who paid $200 for an all-nude photo that ended up being a lingerie shot. Of course, members were furious and started to ask for their money back. Soon after, the platform introduced new price changes and restrictions that don't impact Bella Thorne and her millions but definitely hurt the average sex worker.

The new restrictions include "a capped maximum earnings for users and extended a waiting period to receive funds." Although OnlyFans has expressed these limits are to "help prevent overspending and to allow our users to continue to use the site safely," sex workers have been experiencing more and more discrimination.

For instance, according to Selena The Stripper, accounts have been frozen, subscribers are being refunded after already accessing sex worker content, and sex workers are being kicked off the site.

Real people who use OnlyFans to support their livelihoods are blaming Bella Thorne for the changes and were even more disgusted to hear the rumors about a potential OnlyFans documentary that uses Bella Thorne as research.

But, director Sean Baker put this rumor to rest and explained that he stands with sex workers. Plus, he actually encouraged Bella Thorne to "reflect on how her account on the subscription-based service might be negatively affecting the sex-work industry."

And it seems as though she understood what Baker was getting at. Even though her intentions were to destigmatize sex work, sex workers are still suffering. There are other paths she could have taken (and still can) to actually help the community.

For one, get off OnlyFans and create a documentary that follows real sex workers so that they can share their voices. Second, she can use her fresh $2 million dollars and redistribute the money to sex workers.

All in all, sex, sex work, and all of the above need help with removing the stigma, but we need celebrities with major platforms to help out in favorable ways that don't displace any sex workers.

Madison Franz
The Narrative
1115619
Photo by Brooke Cagle on Unsplash

Madison Franz
The Narrative
653430
Photo by Manny Moreno on Unsplash