Everything I've Learned From Watching 'The Office'
Odyssey

Everything I've Learned From Watching 'The Office'

We all love the office and I think one of those reasons is because it has a lot to teach us. 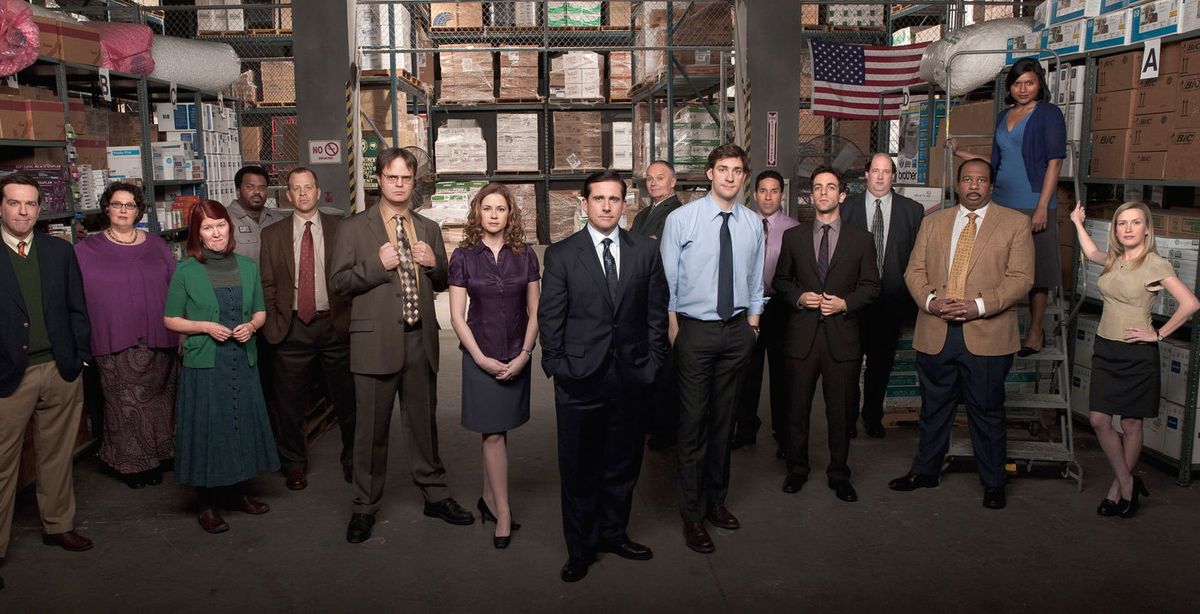 I know that The Office is a commonly quoted show and has become extremely popular, even after the last episode aired back in 2013. The show has continued to rise above the rest and honestly, I think there are some huge reasons for that.

Besides the obvious fact that the show is hilarious and that Michael Scott is a complete idiot, I think that there is a lot of realism to the show that we can all relate to. Let's begin…

Everyone has a Dwight in their life. I know for a FACT that I definitely have someone in my life who I would regard as Dwight. This person lives life out loud in the sense that he/she is shamelessly himself, which is both an awesome thing but also slightly comical and extreme. However, at the end of the say he loves the people he is around immensely and yearns to be loved and accepted for who he is.

I also definitely know someone who is very much Andy Bernard in every way you can imagine. This person did not have the most amazing home life, but they never use that as an excuse to selflessly love people for who they are and to fully be themselves in any and every situation.

Honestly, I could go on and on about every character and what it is that we love about each one of them and what it is that they have to tell us (ex. Meredith, DO NOT JUDGE A BOOK BY ITS COVER. You go girl with that Ph.D.), but I think that the three main characters that won a major place in all of our hearts are Jim, Pam, and Michael.

Jim and Pam are the two characters that I personally was rooting for from the very beginning. I love the friendship they have and how it developed into a beautiful relationship. What I love about their relationship is how real it is because what Jim and Pam experience both inside and outside of the relationship is, well, reality. When you like someone, sometimes there are some complications that require you to be patient. Being patient is extremely difficult, especially in the context of romantic relationships, but trust me and Jim and Pam when I say, PATIENCE PAYS OFF. When they are dating, they run into ex’s and have to talk about things that are not the most comfortable or happy things, but with every situation, they grow and learn to love each other more and more.

Probably one of the most heart-wrenching times in the show is when Jim and Pam are fighting when Jim gets a new job that brings him away from home. It is so sad to watch your favorite couple fight over very REAL issues. I remember watching the show and feeling like Pam was the victim in the situation and I developed so much frustration and anger towards Jim for what he was doing, however, I realized later that they were both wrong. They both needed to be more open and to really listen to each other and well, guess what? They did. It was so difficult to see our favorite couple go through marriage counseling, but they worked through it and rose even stronger than before. (I will never forget the video that Jim made Pam and I know that we are ALL curious about what was in the letter Jim wrote Pam).

Jim and Pam taught us to be strong, be open, to never give up, and in EVERY and ANY situation, always show love.

Michael, well, I think we all are a bit like Michael in some sort of way. We want to be loved and accepted by our peers, (maybe just not in the way that Michael does), but we want to fit in and have friends. We want people to be invested in us and want to share our life experiences with others. We also just simply do not want to be alone and want someone who will be with you through any and everything because there is nothing better than knowing you are not alone in this world. Michael teaches us to be ourselves relentlessly because one day, someone will love every bit of you and the fact that you are you.

Overall, I love The Office. It is probably my favorite show and will be for a while and I think there is a lot we can learn from the characters of this show. Mainly, to never give up, always be yourself, and always show love.