Notes from a Former Virgin: The Perfect Back to School Read

Book Review: Notes from a Former Virgin by Emma Chastain

Mean Girls for the modern age 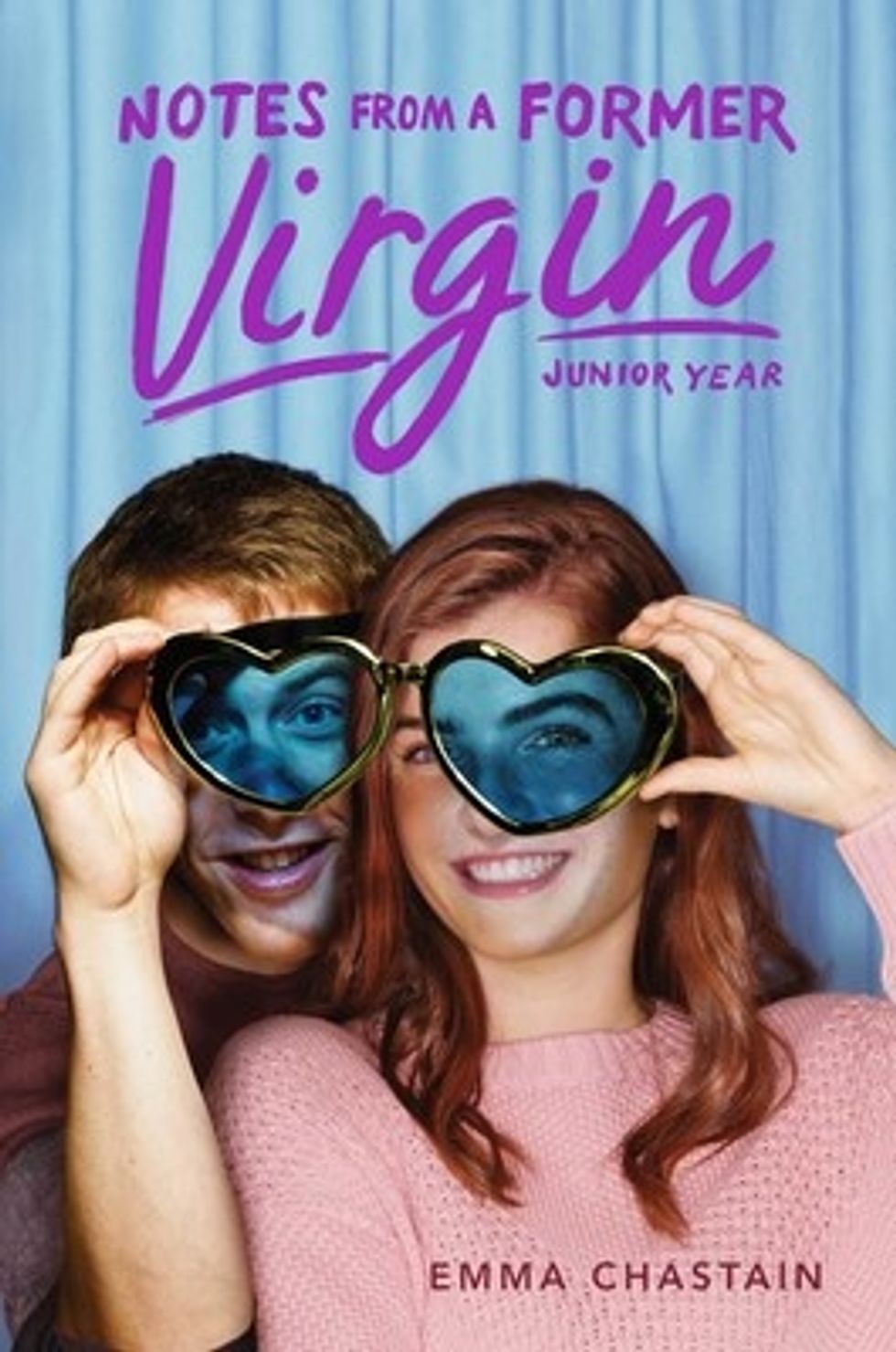 The book starts off in the exact setting we left it: Chloe and her new boyfriend Grady working at the snack bar at the community pool over the summer. Unfortunately Grady's ex and school mean girl Reese is also still working there as a lifeguard.

True to the title, that summer Chloe loses her virginity to Grady, and is afraid everyone would know upon returning to school just by looking at her. Since Chloe's dad is strict and Grady lives with his mom and little brother, they have to lie and say they're sleeping over at their respective friends' houses while staying at the pool late.

Hannah, Chloe's best friend, reassures her that people know better than to think that's true and the rumor will pass. But Chloe, thirsting for revenge, makes a speech denouncing the rumor in the cafeteria and steals the spot on the school steps where Reese's squad sits with her group of friends, taking her place.

Chloe's friend Noelle from the previous book takes a larger role as she manipulated Chloe into being the queen bee that she herself is afraid to be. Noelle becomes very controlling, taking advantage of Chloe's naïveté, and tells her that she and her friends can't hang out in pairs anymore, even outside of school, and must always be seen together as a group. Eventually even Chloe's other best friend Tristan secretly fears her, and she considers herself "generous" for being nice to an underclassman who admires her when there's no one around to witness it.

Although this is a very surprising turn considering how Chloe was freshman year, the change is also realistically portrayed and understandable. During the fall, her selfish mom moved back to Massachusetts from a 2 year long stint in Mexico and claims to want to be a part of her daughter's life again and invites her to move to her new condo. At first Chloe avoids her mom, but when her dad punishes her for sneaking out, she decides to accept her mom's offer to move in with her.

Her mother constantly criticized her and didn't give her any rules, so lacking real love and structure, Chloe acted out. She also revels in her popularity as a way to stick it to her mom, who was never popular in high school and is resentful of her daughter for being so.

Despite her newfound reign of terror, Chloe is convinced that she's still nice, and better than Reese was, until prom queen elections come up. She, Reese, and drama club sweetheart Izzy are all nominated, and Izzy wins. She's confused by this, but Noelle explains that she and Reese, "the mean girls", got an equal number of votes, but Izzy got more votes than both of them, as "the nice girl". Chloe is stunned by this revelation and no longer feels comfortable in her role. Grady also expresses discomfort in how all she cares about now is how their group appears to the rest of the school and how she's changed so much from the girl he fell in love with.

It's not until she has the opportunity to throw a killer party, and be on the other end of exclusivity, that she realizes she has to change her ways and go back to the way she was before.