Indian Cinema Is Not Just Bollywood

Indian Cinema Is Not Just Bollywood

There's a lot of "_____-ywoods" in the Indian film industry. Maybe this article will give you a small glimpse into the vast world of Desi movies. 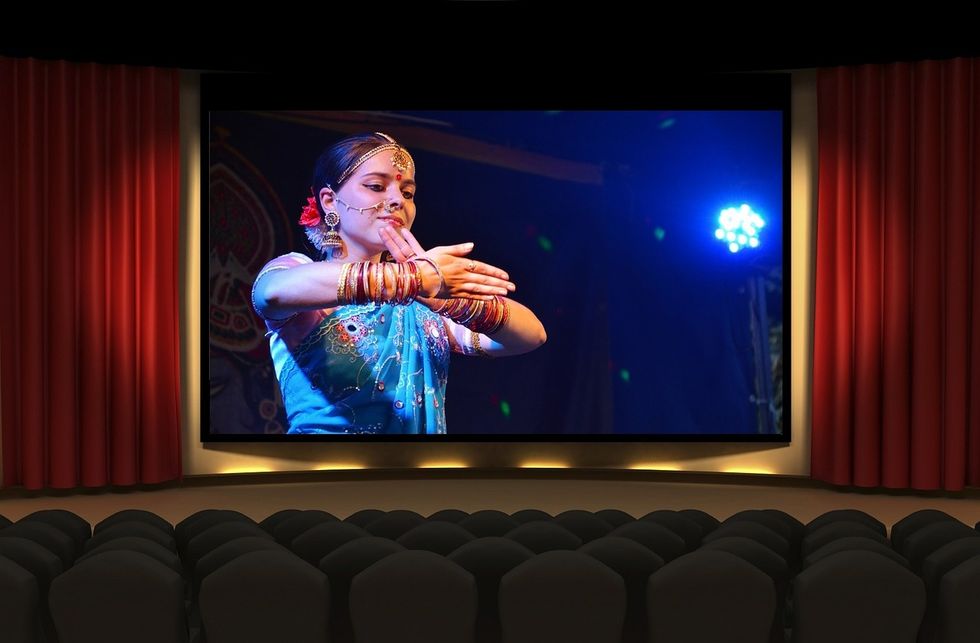 As a Indian teenage cinephile living in the states, I've seen my fair share of both Western and Indian films. In fact, watching Indian films was primarily how I became a near native/fluent Tamil speaker. Granted I can't write or read Tamil very well, but I'm hoping to pursue that life skill this year (fingers crossed). What I mean when I say movies helped me become a near-native Tamilian is that watching movies essentially brought me closer to my South Indian culture. Of course, there are stereotypes that tend to permeate American culture about what exactly constitutes Indian cinema. For most, it immediately means: Bollywood. Which is completely true: about 41% of the Indian population speak Hindi as a first language. But it's important to know that there's a whole 59% of the population who don't mainly/only speak Hindi. In fact, there are 23 officially recognized languages in India, and that's not even counting multiple dialects and regional differences.

You might be wondering what the other 22 have to do with Bollywood still be a huge part of Indian cinema? Actually, chances are, if you're not me, this probably isn't even that big of a deal to you. Let's just pretend it's not the latter. Anyways, it means that there are 6 huge parts of the film industry that go unrecognized on a global scale. Along with Bollywood, which is primarily Hindi movies (based in Mumbai), there are 6 regions of India where cinema is a major part of the economy. These regions include: Telegu, Kannada, Tamil, Marathi, Malayalam, and Bengali. You guys, that's like 6 whole Indian Hollywoods that go unnoticed.

If we want to be completely "politically correct", they're not Indian Hollywoods, but 5 of the 6 have their own "_____ywood" names:

Now, if you have decided to keep reading at this point, it's probably not clear just how big of a deal these movie industries are. But just take my word for it: they are.

While I am an advocate for cinephilia of all genres, I'm most passionate about movies made in the one other language I can actually understand: Tamil.

Tamil movies encompass so much of what I have come to appreciate about entertainment: music, strong comedic content, and a good message.

Close to 50% of an Indian movie is film-based songs; in other words, the actual characters will dance to a five minute song. So much of the Tamil music industry is based on whether you make it as a recording artist for a movie's soundtrack. If you're not familiar with international music at all, imagine what it would be like if Taylor Swift or John Legend composed and sang the music for every movie ever.

When I say strong comedic content, we're talking STRONG. It's a go-to move of every movie director to find the top comedians and write them into the script. Tamil movies are known for including a lot of slap-stick humor, punchlines, one-liners, and incorporating comedy into serious issues.

Another key point: Tamil movies tend to be based on real stories or at least centered around real issues. There aren't too many "fantasy" based movies, like sci-fi or fiction. I mean, there is a whole genre of comedic ghost/spirit haunting movies, but we'll just leave those out for now. Like, even movie posters are based around the main characters and the main characters alone; no "hyping of random scenes", but the literal actors themselves are staring at you, usually in a dramatic or action-filled pose. Examples are below:

Along with the focus on actual human actors as opposed to an hour and a half of CGI effects is the focus on some sort of message. Some are classics, such as "true love always wins" and others are more instrumental in igniting change within traditional Indian society. One of my recent favorites, Kanaa (Dream) is about a young farmer's daughter who aspires to become an international cricket player so that she can put a smile on her cricket-loving father's face by helping the country win. While a majority of the movie pivots towards gender equality in sports and targeting sexism, the issue of dying agriculture is also a main topic. Currently in India, farmers are forgotten and their hard work goes unnoticed and unappreciated as a result of increasing technological innovation and disregard for culture. It's movie components like that that really stir my heart and remind me of my pride as a Desi.

I was born in India in 2000 and my family moved to the United States by the time I was about two years old. Growing up, my parents spoke Tamil to me and I could roughly understand and respond with short answers. The transformation of my language proficiency came after my first trip back to the motherland in 2007. I stayed with various family members for about three months, thanks to the leniency of the private montessori school I attended. I like to think of my time then as a crash course in Tamil lifestyle and culture- something that set me up for continued practice when we came back from the trip. But while I was there, my cousins (who are all either older than me or who my family doesn't speak to) weren't able to spend as much time with me as I had hoped. Instead, I turned to my good ol', reliable friends: television and movies.

In my father's village, there isn't much to do if you're not an actual resident; what I meant to say is that there's not much to sightsee or actively participate in to pass the time. But there was, however, a television that was connected to the best TV channels that India has to offer. In fact, my father's family were farmers initially as well- this was a main reason that Kanaa (Dream) really resonated with me.

All of this talk about Indian cinema is just to remind people not to immediately generalize cultures. I'm Indian, and we've already covered that I can't dance, unlike many of my brown brothers and sisters. I also don't speak Hindi, but I'm as Desi as they come. I think. I'm trying to embrace my culture more by striving for fluency in Tamil, but that's still a work in progress. All I'm trying to say is: embrace different cultures without putting them in a box.

Madison Franz
The Narrative
1111367
Photo by Brooke Cagle on Unsplash

Madison Franz
The Narrative
651498
Photo by Manny Moreno on Unsplash