How nonlinear storytelling spice up movies

How nonlinear storytelling spice up movies 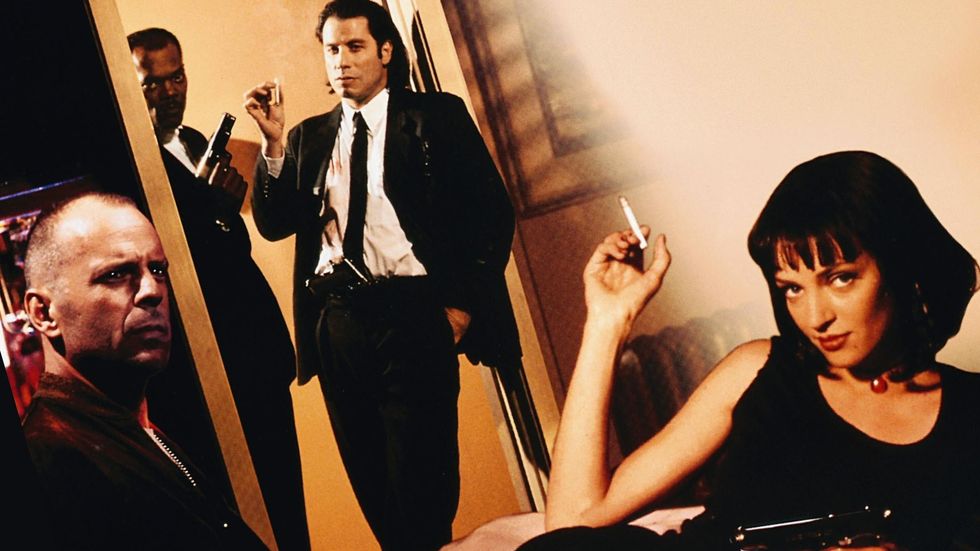 Have you ever seen "Memento?" It was one of Christopher Nolan's best movies, especially in production value and success. The main story is simple: Leonard Shelby is looking for his wife's rapist and murderer to kill him for revenge. Sounds like a pretty simple and straightforward murder mystery with nothing too special, maybe some climax points here and there for dramatic effect. But Nolan's interpretation of such a plot was different because he had in mind a perfect plot device: anterograde amnesia. You see, Sheldon had an accident, thus making him lose all his short-term memories; this unfortunate detail was Nolan's secret weapon to spicing up his movie.

Nolan's perfect use of Sheldon's amnesia allowed him to tell the story in a fragmented fashion, patching the story together with nonlinear sequences yet still building up to a mystery within the plot. Using this technique, Nolan has built up more tension and confusion in the story, putting the viewer in the shoes of Sheldon whose frustration at his own amnesia eventually reached a breaking point. Nonlinear storytelling has been used quite extensively in the past couple of years, due to its cheap method of building up non-existent tension. It was a powerful tool, making boring, clichéd movies feel like they were ingenuous. Nolan's "Memento" must have felt legendary or even pioneering for its technique when it was first released. But the real king of nonlinear storytelling here is not him; that man is Quentin Tarantino.

Known for his lively dialogues and high-quality, parody-like movies, Tarantino was a legend amongst the film industry, but little is known about his first project - one that incorporated nonlinear storytelling right into the draft script. Tarantino set his first step into the world of Hollywood by writing a script for an obscure movie called "True Romance." In his script, the story was already nonlinear, and the story that Tarantino wrote would have built up to a more suspenseful and action-packed scenario than what was portrayed in the final product if it wasn't for Tony Scott's revision of the script. However, nonlinear storytelling is not for every one, and not every director had the "necessary insanity" to do so. In an interview for the 25th anniversary of the release of "True Romance," Tarantino explained the reason behind the script revision, "From what I've heard, [Scott] tried my structure but went nuts with it – went far beyond what I did." He's not wrong, though, some scripts are crazier than others, and nonlinear scripts definitely take the cake. Have a look at Nam Wook Kim's story curves and see for yourself.

Kim's story curve is a simple representation of how the plot of a movie progresses over time. It displays the movie runtime as well as the sequential progression in a 2D graph heading downwards slowly towards the end of the movie. It is a very interesting tool that allows us to look at a movie and see its pattern of progression. Take Tarantino's cult classic "Pulp Fiction," for example. It runs a pretty much random order of sequences, according to linearity, at least, but the movie itself contains separate stories that connect to one another by themes. This allows a director to trickily piece together related information to draft up a false storyline to eventually bomb the sequences with a shocking reveal.

Complex? Sure is. But look at things this way. The complexity builds up the tension and mystery within the story. It also acts as the glue that binds seemingly unrelated plot elements together. It could also be that "aha!" material within a critical-thinking-inducing flick. Nonlinear storylines are great, and when they work well, they can make any movies great. What's better about this technique is that due to its complexity, you don't find that many movies having such elements. That equates to a genre that might never get old.

Interested? For this weekend, grab your best buddies, kick back, relax, and enjoy some movies that messes with your mind! My recommendation? "Eternal Sunshine of the Spotless Mind," starring Jim Carrey, available on Netflix now!

13 One Direction Quotes That Will Make Directioners Nostalgic