God Does Not Condemn You, The Devil Does

God Does Not Condemn You, The Devil Does

All I saw was my sin, my filth, my faith dwindled. I cannot see how or why God would use condemnation if it separates us from Him after sending His son to die for us (Romans 8:32 and 37-39, John 3:16). 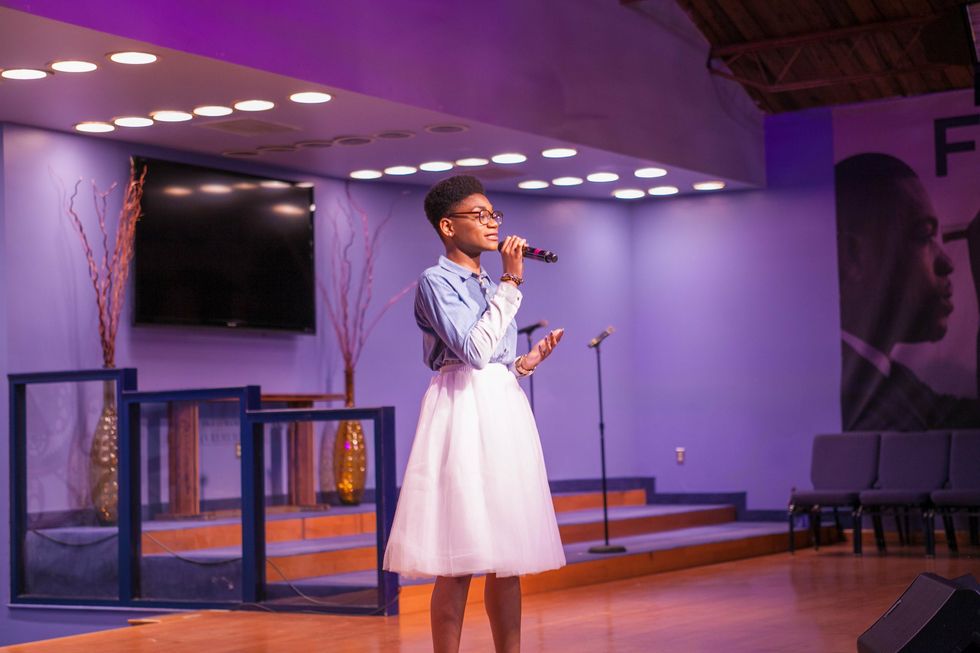 I was born in church. I was born into the Catholic church specifically and grew up in it. I rode on the coattail of my mother until about age 9 when depression seriously took a hold of me. I never stopped believing God existed, but for the next 9 years, I slowly stopped believing He was a good God and that He cared about me so why should I bother with Him. A few days before my 17 birthday, I gave my life back to Christ and received salvation for myself because I saw certain things that made me think, "Oh, maybe I can give Him another try, lol."

A year later I enrolled at Rutgers University – New Brunswick, and with the help of an on-campus ministry called A Life, I began to get the foundations I needed in order to build my own personal relationship with Christ. Still, I would not fully give my life to Christ until the summer of my 21 birthday, a year ago, this time I was willing to take a walk without looking back. Fast-forward to entering into the year 2019 has been weak when it came to resisting sexual sin, I felt condemnation for the first time since the beginning of my own relationship with God.

Many people know and/or can quote Romans 8:1 "There is therefore now no condemnation to those who are in Christ Jesus, who do not walk according to the flesh, but according to the Spirit" (NKJV). The Bible also states that "God did not send His Son into the world to condemn the world, but that the world through Him might be saved." (John 3:17 NKJV). Before we dive into this scripture and all the others about condemnation, let us first define the word. The New Testament is written the Greek language and the word condemnation translates to katakrima which means "the punishment following a sentence…penal servitude." Essentially, condemnation is the judgment term one would have to pay after he/she has been sentenced.

Condemnation makes you hyper-aware of your sins, which isn't so bad in the large context of things, but the problem is it doesn't just stop there. It also covers the truth and the hope of salvation... the only thing that has overcome our sins. Condemnation makes us internalize our sin, it now seems part of who we are. Imagine being in a really dark room and all you can see is this never-ending sea of darkness. At first, you attempt to find a way out by walking forward, but no matter how far you walk, no matter how many attempts you make to get out, you can't seem to find the light to chase out the darkness. Eventually, you get tired, give in and make a bed the darkness. That is what condemnation is and looks like.

I had stopped communing with the Holy Spirit and so I couldn't hear His voice as clearly as I used to. His voice was lower than that of the devil in January 2019, the enemy knew this and took advantage of it. I saw myself 2 ways. I looked at myself and saw filth. I tried washing away the filth, but no matter how hard I scrubbed, how much soap/body wash I used, nothing came off. Sometimes I would even look down and thought I looked dirtier than before. Another time, I saw myself in an extremely deep hole in the ground. I looked up looking for a glimpse of light but saw nothing, just more of the darkness.

Eventually, I gave up and settled in a state of defeat for a month. By this time, the devil had me right where he wanted me and it didn't matter that I went to A Life meetings every week, I couldn't hold on to God. Even at the meetings, His light wasn't illuminating the hole. His blood wasn't washing me clean. This wasn't because He was unable to, but because I couldn't keep my focus on Him, I couldn't set my heart on His love. All I saw was my sin, my filth, my faith dwindled.

This is why I honestly believe God wouldn't condemn us while we are still alive before we go to meet Him permanently. Being aware of your sin nature is important because we are to repent of our sins so that we can be forgiven because it is impossible to turn away from something bad if we are not even aware of the bad thing.

It is, however, not a good thing to take our sins on as part of our identity or to glorify our sins above our salvation, because we know that although we were born sinners, we are a made a new creation by being in Christ and we are no longer slaves to sin (2 Corinthians 5:17 and Romans 6:6). I cannot see how or why God would use condemnation if it separates us from Him after sending His son to die for us (Romans 8:32 & 37-39 and John 3:16). The only way to be in Christ is through faith and belief in Jesus Christ and His death and resurrection (John 3:18, Ephesians 2:8, and Romans 10:9).

We may fall or stumble, but because we are in Christ, we can rest assured that we are not punished nor should we punish ourselves. The devil has no jurisdiction over us to punish us either. I'm so thankful that after three months, I am finally able to grasp the true meaning of Jesus's sacrifice, my salvation. I am thankful that during that time, nothing, not my incorrect perception or my inability to see Him, could separate me from His love. He pursued me in various ways until I could finally walk back out into the light, and by His strength and my growing faith, I will continually be engulfed in His light until the end of my days.

christianity
Report this Content
This article has not been reviewed by Odyssey HQ and solely reflects the ideas and opinions of the creator.