'The Night Of': A Classic Tale of WHOTHEHELLDUNIT?
Odyssey
CurrentlySwoonLifestyleHealth & WellnessStudent LifeContent InspirationEntertainmentPolitics and ActivismSportsAdulting
About usAdvertiseTermsPrivacyDMCAContact us
® 2023 ODYSSEY
Welcome back
Sign in to comment to your favorite stories, participate in your community and interact with your friends
or
LOG IN WITH FACEBOOK
No account? Create one
Start writing a post
Entertainment

'The Night Of': A Classic Tale of WHOTHEHELLDUNIT?

*There will be spoilers.* 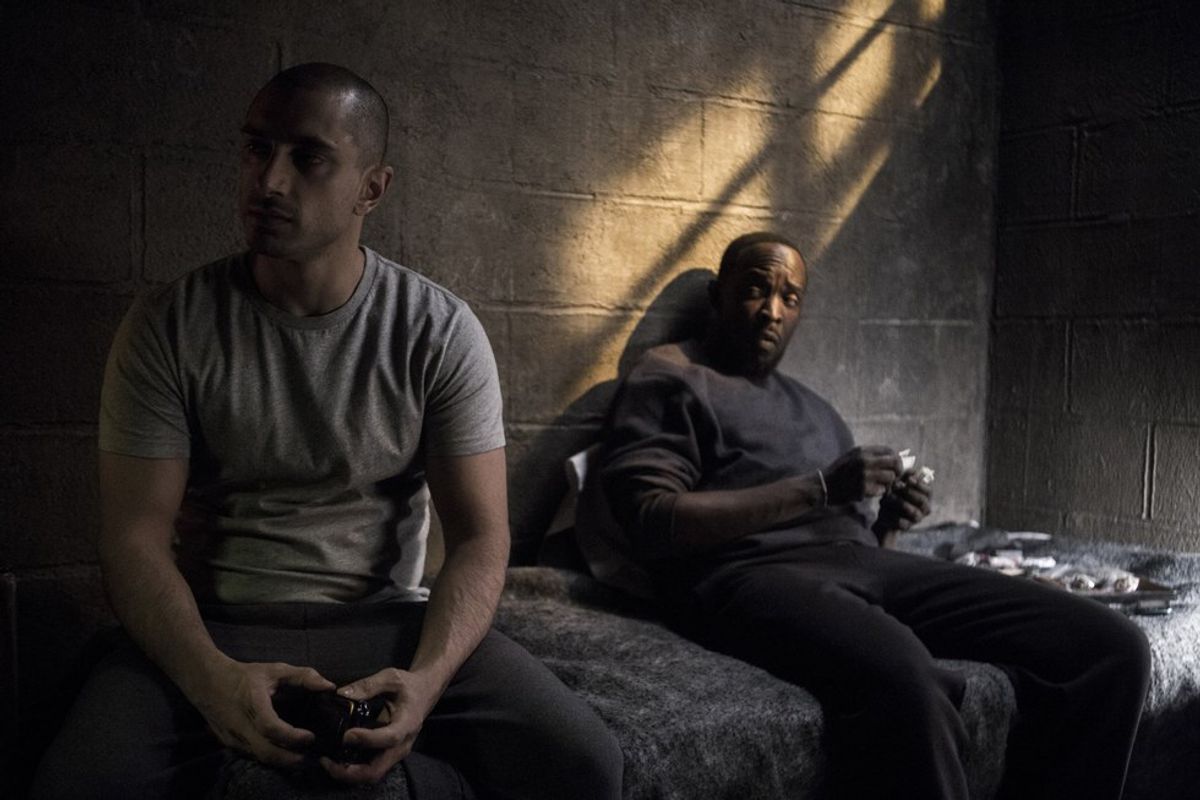 Conversations about the HBO limited series "The Night Of" have consumed every Monday morning at work since the show began. My co-workers and I can't stop revisiting the evidence, combing over the clues and trying to get to the bottom of a classic "whodunit," but here's the rub. "The Night Of" does something different. It's unclear if the main character, Nasir 'Nas' Khan, murdered Andrea Cornish and we're left befuddled as to whether he's innocent or been the victim of some overwhelming bad luck. Through this premium television experience, I've assumed the role of a weathered detective and I'm beginning to feel like Roger Murtaugh "getting too old for this s**t." But let's be real -- turning in my badge and gun isn't an option.


With only one episode left, "The Night Of" has me suspecting everyone, and in my opinion, how they decide to unravel the truth will really make or break this show. Here's what we know:

We first meet Duane Reade in the first episode outside of Andrea's apartment when his friend Trevor makes anti-Muslim remarks toward Naz. After a brief exchange, we see Naz and Andrea enter the apartment and are left with a still-shot of Duane Reade mad doggin' them. "The Night Of" makes this moment appear significant, or at the very least, wants the viewer to think so. Additionally, when Detective Box receives Trevor's eyewitness account, Trevor tells Box that he was alone the night he saw Naz outside of Andrea's apartment. All this tells us is Duane Reade has something to hide, not that he murdered Andrea. Stone pieces this fib together and finds him gambling in the back of a convenience store. Duane outruns Stone and he's been a fart in the wind ever since. Personally, I'm skeptical about Duane being responsible for the murder of Andrea.


We first meet Mr. Day at the gas station after Naz picks up Andrea. Mr. Day and Andrea share an exchange when she flicks a cigarette out the back seat of the cab, which is a risk that demonstrates she's clearly living her life on a razor's edge. Next, we see a captivating scene between Mr. Day and Chandra at the funeral home, which downright gave me the creeps. His biblical anecdote about Samson, his disposition towards women and his chilling remarks toward Chandra are more than enough to set off my sociopath alarm. But aside from being a creep, the only evidence we have is that he doesn't like Andrea and that he left the gas station behind Naz after they pulled out. Did he follow them and brutally murder Andrea? Or is "The Night Of" just throwing us off again?

Here we have the step-dad of Andrea Cornish, who appears emotionless throughout the entire series, from identifying Andrea's body to sitting in the courtroom during the trial. We discover from Andrea's financial adviser that after her mother's death, she left the apartment and a large sum of money to Andrea, shutting Don out. This has us wondering if Don stabbed Andrea to death in order to receive the money, which the show is unclear about how that would actually even work. We also know that Don has a thing for the affluent older ladies, or as a previous divorce puts it, "he's a trapeze artist" swinging from one to another. She also mentions that when leading up to their divorce, she had to call the police because Don choked her. When Stone is caught investigating Don at his own gym, Don's intentional lack for gym safety and not properly spotting Stone at the bench press reveals Don can also be a violent threat. Is he a hot head con artist gigolo? Or did he murder his step-daughter for money?

At the beginning we see Naz as an awkward and innocent college student who cleans the locker room for the basketball team and sometimes offers homework help. Over the course of the show, we've come to learn about Naz's past and have watched firsthand his transformation into a hardened prisoner at Rikers Island. For example, we know Naz threw a classmate down a flight of stairs, breaking their arm in the process, and threw an unopened soda can at another classmate's face, leaving them with stitches. We also know that this was following 9/11 and that being a Muslim in New York city made Naz a target, which is how Naz defends these actions. He had a tipping point. More importantly though, he's officially an accomplice to murder, assisting Freddy in assassinating Victor at Rikers. Could Naz have blacked out and murdered Andrea in a drug-induced rage? Or is he just the most unlucky person on the planet?

My co-worker, a show aficionado/expert, suggested we put Paulo Constanzo under the microscope. I can't find this guy's name. He's so off the radar that he's officially on my suspect list. I haven't seen this guy in a movie since "Road Trip." Whatever he's been up to, it's got him looking extra sketchy. First, he was quick to help Stone and avoid a court subpoena. He also takes no time throwing Don (Andrea's step-father) onto the suspect list. He even goes so far as to provide Stone with evidence that Don has three credit cards maxed out, which incidentally does make Don look more guilty. But I'll be damned if this slippery slider leaves me feeling like a fool at the end of "The Night Of." IMDB is even trying to cover this bozo's tracks referring to him as "Actor" on the cast list. Are you serious, IMDB? That's not even a character name.

Just when I think I've cracked the case wide open, "The Night Of" feeds me a crumble of evidence and I'm left feeling defeated and confused. How "The Night Of" wraps up this murder mystery will also determine how I feel about the entire show. In a perfect world, I would be very pleased if the show managed to wave a crucial clue in front of our eyes the entire series and smacks us in the face with it during the season finale. Another alternative would be if Naz goes to jail and we're left feeling ambivalent about whether or not someone innocent just went to jail for a crime they didn't commit (which happens all the time). Last scenario, and my least favorite, "The Night Of" unearths a massive piece of evidence at the end of the series which blows the case wide open. Until then, I'll feel like Harrison Yates from South Park -- "tired."

Think my theories are stupid? Leave me a comment about it! We can solve this together.

Nicole Marie Nigro
Individual Creator
9260
c1.staticflickr.com
Where to start...... Let me start with the cliche that life throws us curveballs and what we do with it is what counts.