M. Night Shyamalan's "Split" Gave Me Split Opinions
Odyssey
CurrentlySwoonLifestyleHealth & WellnessStudent LifeContent InspirationEntertainmentPolitics and ActivismSportsAdulting
About usAdvertiseTermsPrivacyDMCAContact us
® 2023 ODYSSEY
Welcome back
Sign in to comment to your favorite stories, participate in your community and interact with your friends
or
LOG IN WITH FACEBOOK
No account? Create one
Start writing a post
Entertainment

A review on Shyamalan's most recent cinematic endeavor. 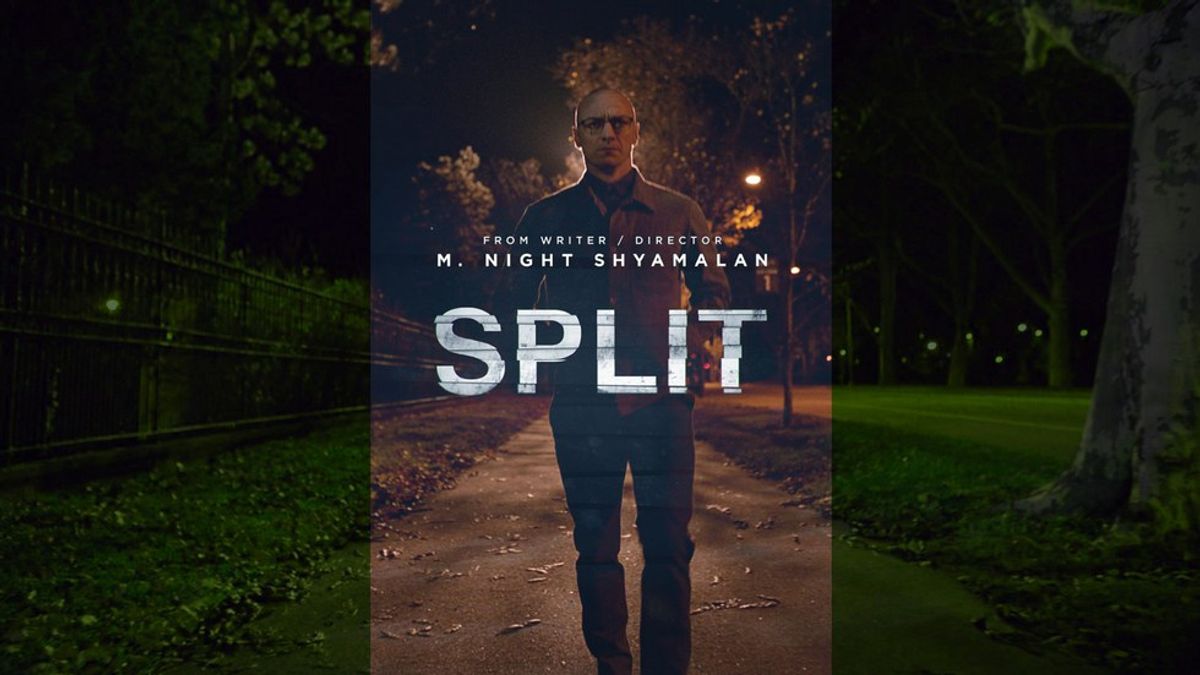 In today’s political climate, currently filled with uncertainty and protests, it is comforting to go to the movies. One film that has been on everyone’s radar lately, whether it be because of the constant advertising on YouTube, or because of the director attached to it has been M. Night Shyamalan’s Split. This movie promises a psychological thriller that brings to question the stability of individuals with D.I.D (Dissociative Identity Disorder) but also surprisingly provides a science fiction type-feeling, accompanied by a dark plot line.

After I saw the film, I found the only way to describe my feelings for it would be confused. I could not decide whether or not I enjoyed it, or if I was just finding excuses to call it a great film. Sure, it had its redeeming qualities, but it also had unnecessary moments that can only come from Shyamalan himself.

Shyamalan, who directed such films as The Sixth Sense and Signs, lately has been known as a film industry flop, since directing such cinematic trash as After Earth, and The Last Airbender. So this brought up the question, will Split be the film to revitalize Shyamalan’s career, or another movie to add to his ever-growing list of his failures?

The story presented in the film stars James McAvoy as Kevin, a man who suffers from D.I.D and has 23 different personalities located in his brain. These characters not only change Kevin’s neurochemistry, but his voice, and physicality as well. The story unfolds as one of these personalities, “Dennis,” kidnaps three girls, and throughout this endeavor, reveals the sinister plotting that three personalities have been engaging in, which is the reveal of the 24th personality, “The Beast.”

The many personalities portrayed by McAvoy ranged from a nine-year-old with a lisp, to a soft-spoken woman with a proclivity do everything in an order. Because of all these different characters being portrayed by one individual, I was led to invest in some of them. Personally, I had a particular predilection towards Barry, a presumably gay fashion designer. Now, I have no idea if this is because of “Jewish New Yorker” vibe, or maybe because he is one of the only “good” personalities of Kevin shown.

Now, do not get me wrong, I am a huge fan of James McAvoy. I have seen practically every one of his films, from the popular X-Men franchise to smaller films such as Filth. This gave me hope when I went to see Split, as I had faith in what McAvoy could accomplish within the role.

With an actor like McAvoy, who has played characters ranging from a dirty Scottish cop suffering from a mental illness to a faun in the fictional world of Narnia, I had no doubt that he could accomplish the portrayal of all of the personalities within the role of “Kevin.” However, what I was not expecting was how well he would do with giving each character a story, and along with that, a voice. By the middle of the movie, I had forgotten completely that McAvoy actually lives with a thick Scottish accent.

Whatever the case, Split did disappoint me in a few areas. I found some of the camera shots to be unnecessary. I already know what a spiral staircase looks like, there is no need to pan over one for ten seconds. Also, there is no reason to give Bruce Willis a ten-second cameo (for which he probably received a truckload of money) at the end of this film. Also, the cast was greatly lacking.

Now, I once again re-emphasize, James McAvoy is a brilliant actor, which made me believe that he should have strong female actresses to accompany him on the screen. While I respect the character of Casey, who was one of the three girls taken, as well as her backstory, I found Anya Taylor-Joy’s portrayal of her to be bland, and really lacking in that special something that made me actually care about what happened to the character. Also, while I have enjoyed Haley Lu Richardson in other roles (such as in The Young Kieslowski and in The Edge of Seventeen), she barely left an imprint on my mind when I watched this film.

Split offers an interesting plot that is fun to consider in theory, however, I do not believe Shyamalan succeeded in achieving all he could with the film's general idea. It was an enjoyable watch, but not extraordinary. However, if you are in the mood to see a thriller, as well as witness one actor take on five different roles all at once, then Split is not a bad watch.