Nick Offerman: A Dedication To The Quintessence Of Humanity

Nick Offerman: A Dedication To The Quintessence Of Humanity

Behold the perfection that is Nick Offerman. 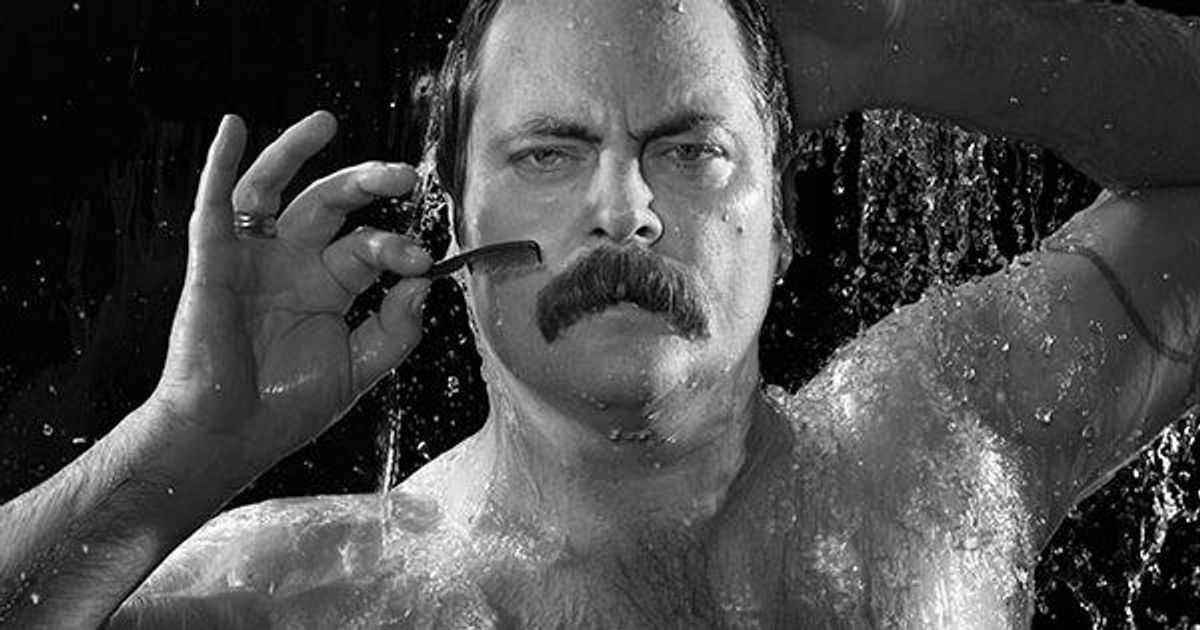 You may know him as Ron Swanson from Parks and Recreation, from his stand-up show American Ham, from his book “Paddle Your Own Canoe: One man’s Fundamentals For Delicious Living”, or as literally everybody’s spirit animal. If you do not know who this man is, continue reading for an introduction to the complete incarnation of everything you ever wanted to be. If you do know him, you are welcome for bringing him back into your life. Behold the perfection that is Nick Offerman:

1. His use of the word “delicious”

In his Netflix special “American Ham”, Nick walks onto stage without a shirt in order to achieve his advertised partial nudity. He comments on himself by declaring,

“Life can be this delicious."

3. His connection to mother nature

3. His boundless love for his wife, Megan Mullally

Even when they hate each other as Ron Swanson and Tammy #2, the magic is “ridiculous”, as Nick would say. He loves to brag about her in a gushingly complimentary way, in one instance calling her his “jaw-droppingly beautiful wife”. He is never afraid to say that they will be together forever either. And you know that the love they share is real when he lets her slap him right in the kisser with a hefty slab of raw steak in the name of comedy…and she has the biggest grin on her face.

“For me, when I started dating Megan, my auditions became so much better, because I knew that when I came home from the audition I got to kiss her. I didn't give a damn about the audition nearly as much, and that gave me a sense of confidence.”

5. His boundless love for meat

“I eat a bunch of spinach, but only to clean out my pipes to make room for more ribs, fool! I will submit to fruit and zucchini, yes, with gusto, so that my steak-eating machine will continue to masticate delicious charred flesh at an optimal running speed. By consuming kale, I am buying myself bonus years of life, during which I can eat a shit-ton more delicious meat. You don’t put oil in your truck because it tastes good. You do it so your truck can continue burning sweet gasoline and hauling a manly payload.”

7. His vocabulary and poetic vernacular

9. His passion for "disciplines"

We like to call them hobbies, but the bottom line is that Nick believes that we should all do work that we love. In other words, we should all try to get as motivated as Nick Offerman.

12. His love for woodworking

He has his own woodshop in LA! Road trip anyone?

14. Despite his flaming masculinity, he is not afraid to admit that he is a sap and a romantic.

…and doing puzzles while doing cocaine.


“…You have more to achieve every day, in any arena, that makes each morning’s awakening full of potential and cheery portent.”

…and adheres tiny pieces of nature (such as leaves, twigs or chrysalises) in the big hearts that he draws on the said cards. He puts his own love and originality into the gifts he gives, and that is quite special.

19. He believes that we are all brothers and sisters in this world…

…so we should share with one another and use good manners!

His other favorite works of literature include “A Wrinkle in Time” and “The Chronicles of Narnia”... I'll just let that sink in for a minute...


21. He is genuinely irked by the lack of human rights and the abundance of discrimination that exist.

“…It doesn’t matter what you do in your bedroom. You can do whatever you want, as long as you don’t hurt anybody or anybody’s property.”

23. How he likes to use his “field of white taupe with red roses” hanky

25. He values bacon over personal appearance...

…and sees to it that everyone think in the same respect.

26. He sees beauty in everyone.

“Are you a human being? Then you’re beautiful.”


We love you, Nick Offerman; you are a magnificent and wizardly human being and your realness is inspiring. You need to get your own show already because that right there would up the delicious factor in all of our lives. In your honor, we shall all go forth and paddle our own canoes.

“When I was 5 years old, my mother always told me that happiness was the key to life. When I went to school, they asked me what I wanted to be when I grew up. I wrote down ‘happy.’ They told me I didn’t understand the assignment, and I told them they didn’t understand life.”

“If there is a God, no part of the Bible or Christian doctrine will convince me of his existence half as much as the flavor of a barbecued pork rib. It is in that juicy snack that I can perhaps begin to glean a divine design, because that shit is delicious in a manner that can be accurately described as “heavenly.”

“Men and women alike, if you think that altering the tip of your nose with surgery will make you happier, I would suggest you alter something much more malleable than your flesh, like your priorities, or your friends. Quit looking in the mirror so much. My two cents.”

On raising children (something he has not done): "Love your bairn, try to gently steer him/her towards handtools and away from CNC driven woodworking, which is basically robot craftsmanship. Make sure he/she knows to raise the grain before finish, especially in walnut. When the time is right, introduce charcoal/wood as the clear alternative to gas. Simply put: Give a shit."

“Find out what makes you kinder, what opens you up and brings out the most loving, generous, and unafraid version of you—and go after those things as if nothing else matters. Because, actually, nothing else does.”