A lot of hatred that stems from little understanding

Hate Lashing Out Due To teaching LGBT Law

"Hatred stems from ignorance, so if someone does not know about a culture, they are exponentially more likely to be afraid of or hate that culture" -Michelle Miani 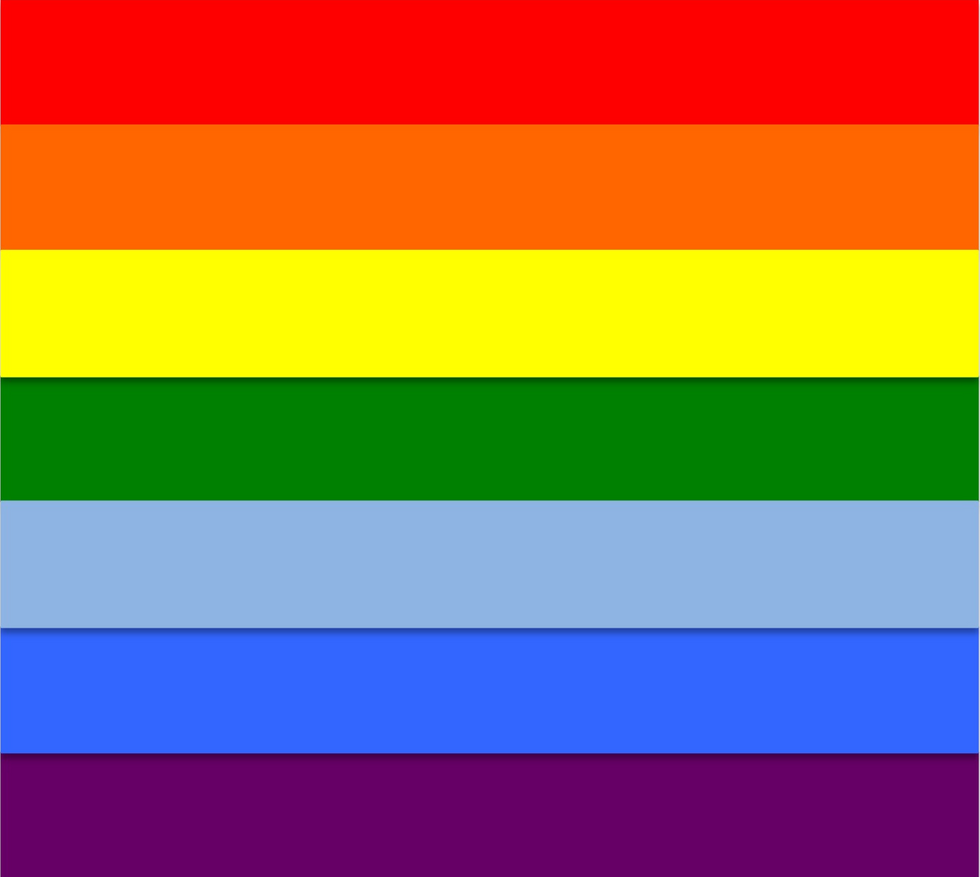 Recently, the state of New Jersey has finally become the second state in the nation to finally pass the law that LGBT history be discussed in the classroom. Some people have been "triggered" by this law being passed for numerous reasons. Even as someone who is not part of the LGBT community I believe that it is important to discuss in the classroom. It is important because students need to know the history of every sexuality, race, culture and so on in the classroom. History is taught so that it is not to be repeated again. However, some other people disagree with this.

A friend of mine, Michelle Miani brought to the attention of our education class a Facebook post made by a young girl about this law. She posted the link to the article discussing the law being passed with captioning it, "Such bull***t lol, please read my comment responding my reasoning before u complain about my opinion"

"Because we take away actual courses in class and school that we need that actually build critical thinking and help you acquire skills and express yourselves. For example, like shops and trades and life skills classes…There's so many life skills and situations we need to learn how to deal with in life, like taxes and mortgages and credit, and balancing a check book, how to make a resume, those of which should be required ."

To this, Michelle stated perfectly to this part of her comment, and stated: "With several years of education courses under my belt including lesson planning, federal and state standards, and cross-curricular lessons, I think there is some misunderstanding happening here. I understand that you're worried that vocational classes are not being given enough focus in public secondary schools, but that is not part of this argument. The New Jersey Student Learning Standards for Social Studies already includes teaching students about contemporary social issues. This would be incorporated into existing curricula and does not at all take away other courses such as woodshop or economics. This is part of American culture and history, whether you agree with it or not."

"We went over in class how gays were killed and mistreated and that's as deep as it goes."

Excuse me? How is that as deep as it goes??? It is much deeper than that. It is massive ridiculous that it is okay to say, yeah gays were killed and mistreated because of their sexuality. The hate is much deeper than that. But I guess it is easy to believe that it is as deep as it goes if you are not well educated on it, hence this law being put into place.

"There will never be peace. A class won't change someone's views."

No one is saying that learning this will change someone's views on this subject, it is strictly to make students aware of the history of the LGBT community. It is also people like this that are the reason that there will never be peace in anything. If you believe there will never be peace, there will be so many people who will stop working towards peace because people like you believe that nothing will ever come to a peaceful place.

"We could have someone call a black man the n-word and people ignore it…."

First off this is totally untrue. The n-word should not be thrown around, however it is not just lightly taken. Some do not care about the word being used but many still believe that no one other than an African American person should be using that word. So it is not just ignored, her opinion about that is very wrong and only supports more of the fact that she does not pay attention the culture or even society around her.

"No one is required to support s**t. We don't need to like what one another do, or support it, or even be okay with it. We are all entitled to our own views and opinions."

Michelle also responded greatly to this situation as well, and stated: "This incorporation into the curriculum also is not a way to corrupt children, it is to teach children about American history. Even if you don't like part of history, it still happened. Yes, students will be taught about great inventions and great leaders, but they will also have to learn about the things that you may not like, such as the racism that has existed in America, past and present. You may not always agree with history, but it is going to be taught to the students objectively either way."

New Jersey Standards for schools is publicly available to others.