The movement Parkland students are using to move a country 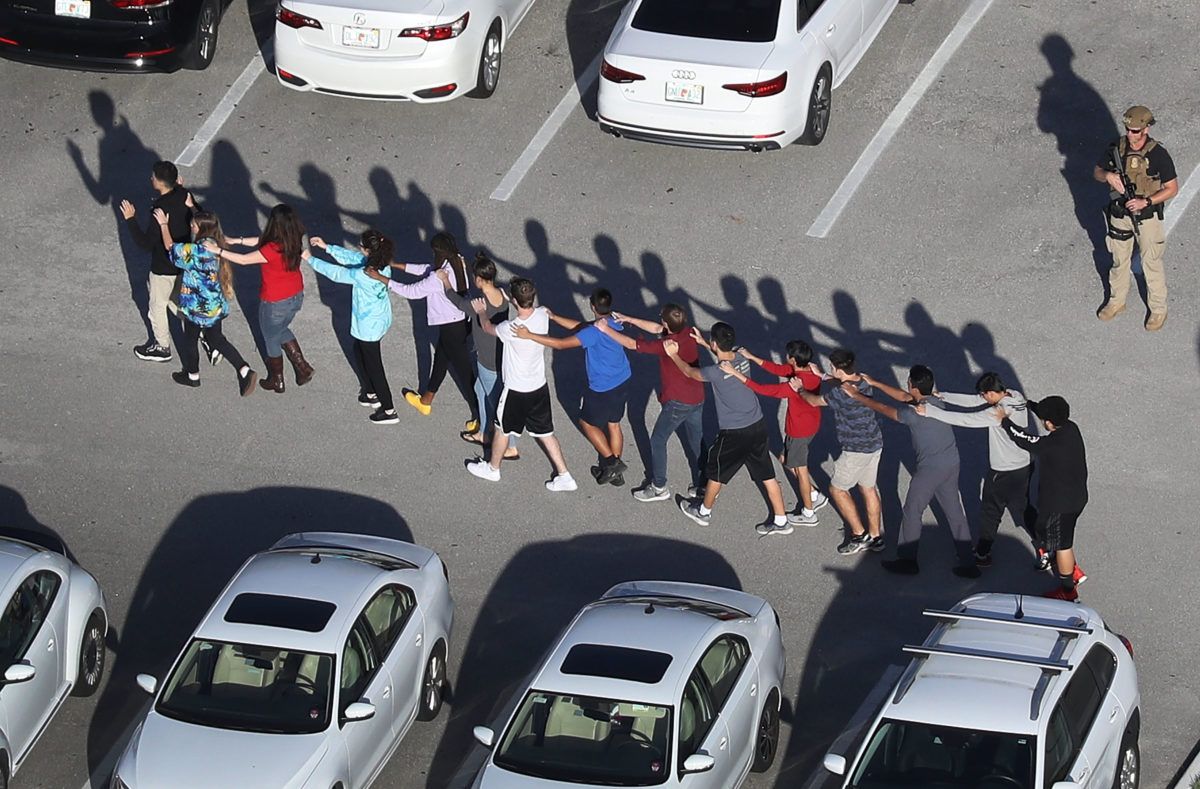 How many times will we say it? Or think it? How many lives are going to be lost before action is taken?

In recent years, Americans have been stuck in a vicious cycle of mass shootings, thoughts and prayers, and forgetting.

Our country has been paralyzed in the wake of recent attacks like the latest in Parkland, Florida. Only this time, something is different. Unlike the 20 first graders gunned down in 2012 at Sandy Hook, the victims of the Parkland school shooting are taking a stand, and using their powerful voices to drive an important conversation in this country. Highschoolers from Parkland are showing incredible acts of bravery and emerging as heroes during this tragic time.

David Hogg, a senior student at Majory Stoneman Douglas High School immediately sprung into action during the shooting. He took out his phone and began interviewing his classmates, and what he worried would be their final moments.

Following the shooting, many students including Hogg gave interviews to anxiously waiting news crews. Victims immediately used this available platform to demand change. David Hogg's call on lawmakers was recorded by New Day, and later reported by major news outlets like the New York Times and CNN. His powerful rhetoric, paired with amazingly intimate videos of the shooting are amazing examples of storytelling during tragedies.

Hogg's demand rang out across the country, leading other brave individuals to speak out as well. "We're children. You guys are the adults. You need to take some action and play a role. Work together, come over your politics, and get something done." A high school senior, who spent over an hour hiding from an active shooter in his school's auditorium, started a ripple effect among survivors.

Like David Hogg, another senior at Majory Stoneman Douglas High School found herself taking shelter in the high school auditorium. Emma Gonzales is the brave young woman who gave a speech demanding a change in gun laws in the United States.

She calls out politicians for accepting money from the NRA, or National Rifle Association. She breaks down the 30 million dollars President Trump has received from the association by the number of shooting victims in 2018 alone, which amounts to an alarming $5,800 per life.

Gonzales rallies her crowd, "Is that how much these people are worth to you, Trump?" Gonzales is driven and motivated by her community to stand up for what she believes is right, and to ensure this never happens again.

These two students are not alone in feeling this way. Frustration and passion came together for nearly 100 students who headed to Tallahassee to speak to Florida lawmakers. In their time of grief, students used their platform on TV interviews directly following the shooting to impact viewers.

Without this exposure, many Americans may have never seen the beginning of this movement. They had various speeches and press conferences planned, like the currently trending video of a Parkland student at a listening session held by President Donald Trump.

Survivors are speaking for those who cannot, and raising awareness for the changes that need to be made in this country. They have their sights set on March for Life,which takes place in Washington D.C. on March 24th. They aim to be the voices of past victims who can no longer speak for themselves.

Using their grief as a powerful tool, these braves students are showing America what it means to speak up for what you believe in.