Netflix Original: Children Of The Whales

Netflix Original: Children Of The Whales

A Tale of Magic, Community, Death and Imperialism (No Seriously) 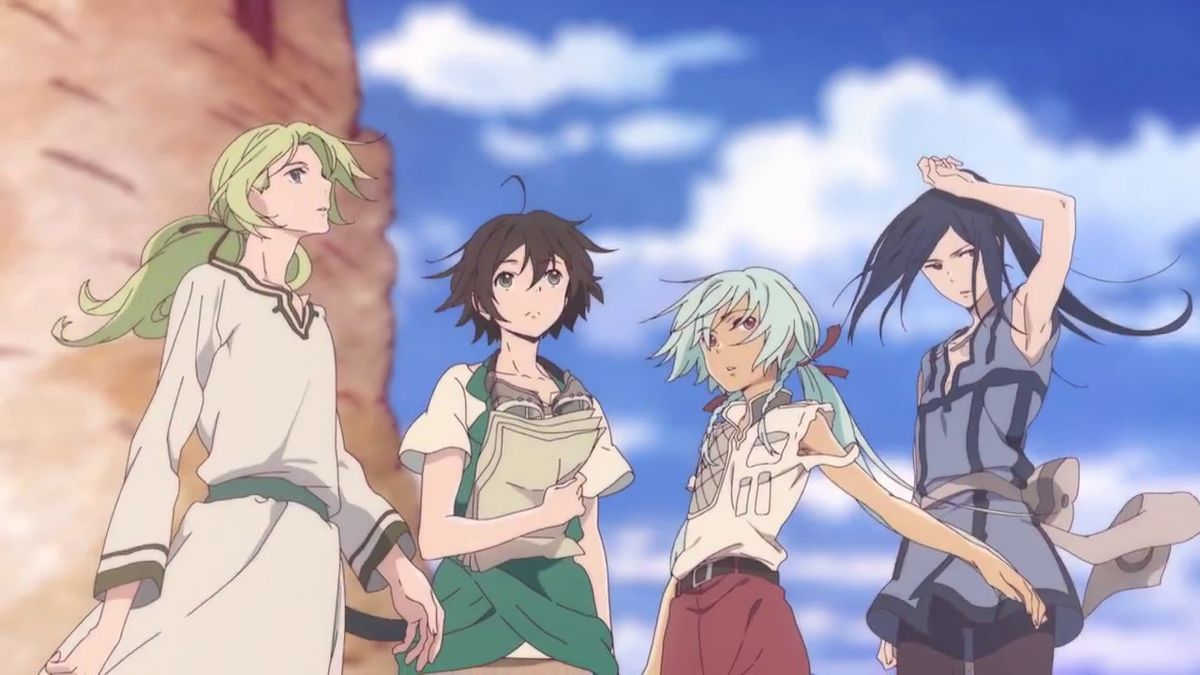 I came across this anime in passing, I started it up without reading any of the information as I like to dive into new shows without any prior knowledge (only sometimes, however, I just had nothing better to do at the time.) As such as it wasn't until I paused it that I saw it has a TV-MA rating.

Which struck me as odd, it didn't seem like it needed it. But by the end of the second episode, I saw quite clearly why this show has a mature rating. It goes without saying (but here I go saying it) that this you shouldn't watch this with children in the room. This warning comes with only a bit of a spoiler, should you want to remain completely unspoiled skip to the next paragraph. If you have a problem with seeing children being killed, I suggest you don't watch this show as such events happen on-screen. The violence and blood is the only thing that merits a mature warning (at least in this season.)

Children of the Whales is a Netflix original anime, it has 12 episodes about 30 minutes long. The story takes place on a magical ship called by the residents as the Mud Whale. The ship is traveling aimlessly in an immense desert, having spent their lives on it they think that's all the world is.

There are two types of people on the Mud Whale; the Unmarked, regular humans. And the Marked, people who have magic called Thymia which gives them telekinetic abilities but they have much shorter lifespans, most living only to their 30's. And our protagonist Chakuro is such a person, as well as the archivist of the Mud Whale and nicknamed "The Destroyer" (he's clumsy.)

Life for them is simple if not a bit difficult. It isn't until they discover another ship that things change. The sand of the desert quickly pulls in anything that goes on it, so they require skimmers that are pushed by Thymia in order to traverse the sand. The other ship is deserted save for one girl who attacks Chakuro but faints shortly after and a mass grave.

Having never met another person who wasn't born on the Mud Whale, they take her back to their ship. After she recovers a bit, she shares some troubling news. That not only are they not alone in the world but there's a reason they're confined to an aimlessly traveling ship in the middle of a desert. They're descendants of criminals that were cast out a hundred years ago, and now the empire responsible for their exile has come to finish the job. Shortly after an attack on the Mud Whale commences, and the fight for their lives begins.

All in all, this is an interesting anime. The visual effects, especially in the more metaphorical scenes, are stunning. The voice acting is well done. And the overall concept is executed well enough. If you're looking for an action-packed anime then you'll be somewhat disappointed. while there is action in it, it isn't the driving force behind the show. Rather, it weaves a story of connectedness that a community needs to survive in the face of a threat seeking to annihilate them.

Though it's not that deep, events in the show mirror how a group of people can react to an outsider trying to become a part of that group especially when they're from a people that are oppressing them. It also how such events can fracture or divide a community, furthering "othering" within a community that is already "othered."

But that is not the ultimate purpose this show serves I believe. Without giving too much away, it serves to tells us that emotions are a part of who we are as humans. We are no better or worse without them, they simply are what makes us us.

To bring this to a close, it's an interesting even if it gets a bit dull, I usually like much more action in a show, but the story is good on its own merits. I'm curious to see where it will go. I won't say it's a must watch, but it certainly has the potential to become high on my list of highly recommended animes. If you have the time give it a watch, if the way the second episode ends doesn't grab your attention then I don't know what will. Hope you give it a watch!