It is the epitome of a box on wheels, but I like it that way. 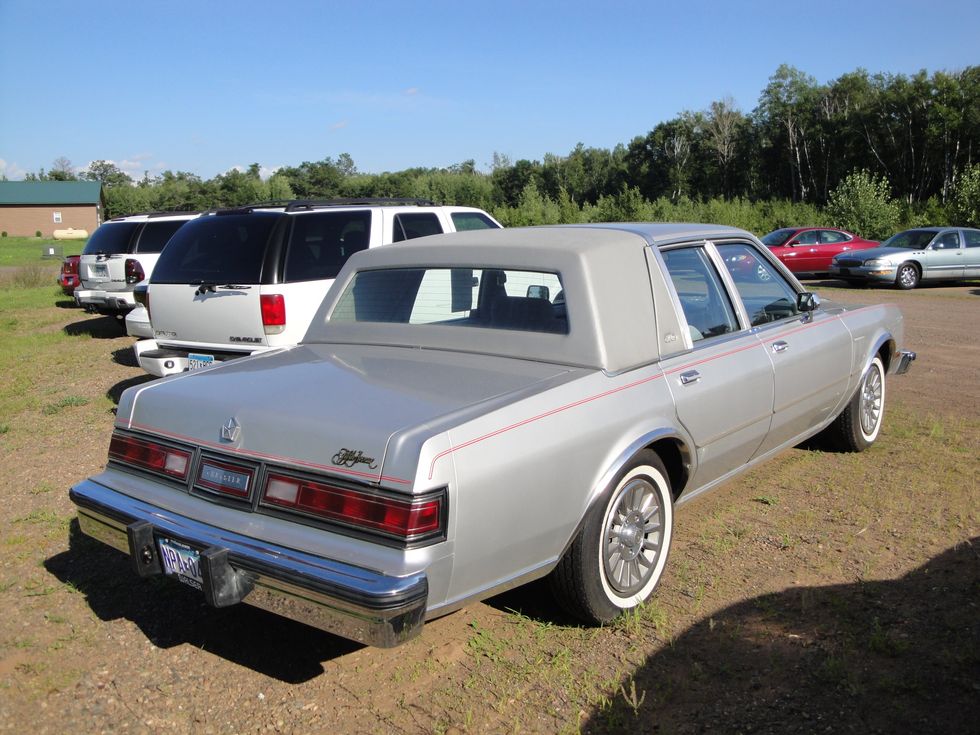 I've always loved the classics; in my room at home, I have a Zenith CRT television from 1985 that I watch TV on. I like cassettes, so I have a Marantz SD321 cassette deck. I love old films, so when I was younger, I bought a JVC video camera that films directly onto VHS tapes. I am enthused with the old, grainy look of film, that extra layer which speaks volumes in movies. I'm sure every film lover has said this, and you've heard it numerous times, but it's true.

One thing I haven't been able to get ahold of is an old car, a classic car. I currently drive a 2018 Mazda CX-5. Not exactly the look I'm going for. Sure, the car is nice and reliable, but it just doesn't fully cut it for me. Thank God my brother drives it too, otherwise I would trade it in for…

Tan, for all of you wondering what color I'd want it to be. This car shouts Jack Premus. If you look at a picture of it, (click here) it's one of the boxiest cars you'll ever see, it gets horrific gas mileage; it does have a tape deck though, so we're in luck there. It is old nonetheless.

Most people would scoff at the sight of such an old junker, but not me. I love its squareness. It would be perfect rolling up to Fordham in my Chrysler with jeans, a white T-shirt and shades on. Heads would turn my way, books would drop out of the hands of bystanders, professors would fantasize about their glory days in the mid to late 1980s. I'd be the most confident guy in the world, pulling up to my apartment off-campus in the Fifth Avenue, seeing my buddies out on the stoop and tossing them a cigar. This is my dream, at least one of them. Others include going to law school, moving to Rhode Island, being successful. The regular old drab.

Having a Fifth Avenue is just me. I chase the meaningless in life; as I said before, many people look at a Fifth Avenue (or any other old car for that matter) and dismiss it for being old. However, I love the character these old cars hold, something that has changed over the years and exists in a different way in our modern times.

I am a fan of the old; but it doesn't mean we should discount the new. No, the new has its place (and is certainly better than the old) but my love for the old surpasses logical reasoning and cost effectiveness. Logically, it is ridiculous to buy an old car because it is inefficient, unreliable, and costly to maintain compared to new cars. I, as well as many other people, choose to overlook this in favor of a certain character and romance associated with these older machines and technology. I love my MacBook Pro, and it does everything I need it to do perfectly, but I enjoy using my Commodore VIC-20 (1980) so much more. It is just a matter of preference.

My rant, long as it was, is now over. If there is one thing you should leave with from this article, it is that the Fifth Avenue is a sick car, and when you see one pulling into the Fordham rotary, you'll know it's your favorite (and repeatedly late on article-submitting) Odyssey author.