I love my blue collar husband

Why I Love and Cherish My Blue-Collar Husband

His drive, dedication and focus outshine his work clothes every day. 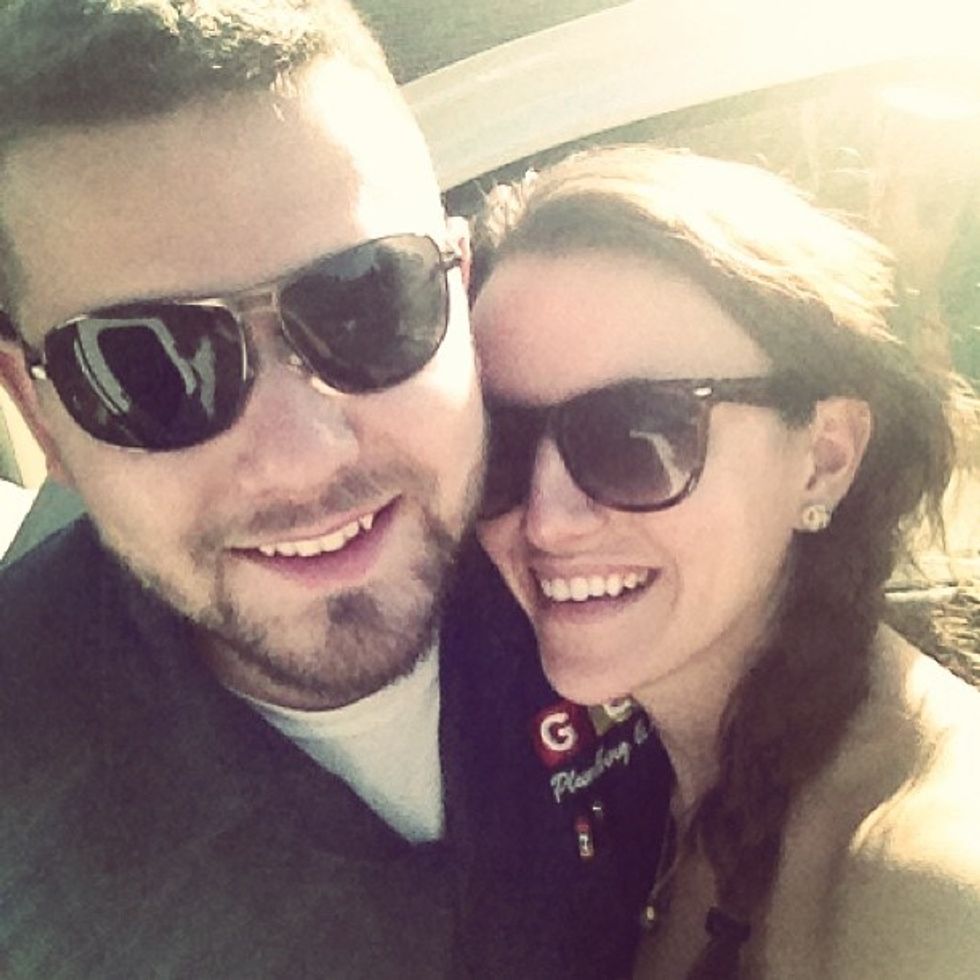 He comes home from work and I smell the scent of old copper pipes before he even walks into the door. His hands are calloused and rough from entire mornings and afternoons working under houses and his face is often smeared with black grease. I have to do laundry almost every day to keep up with the dirt he tracks in on his blue uniform. He is tired as soon as dinner is over and wakes up before anyone else in the house is even stirring. He is a plumber by trade, and a husband and daddy by choice and I am forever grateful for him.

If you were to ask my husband when he was 16, during the year that we first met in the halls of our local high school, what he wanted to be when he grew up, chances are he would have given you his trademark side grin and said he wanted to be an actor. In fact, he toured the campus of UNC Wilmington that year and seriously considered enrolling in their theater production and fine arts program. Yet, during the tour, he asked a current professor and professional actor one poignant question that changed the course of his life forever. "What is your family life like?" he had inquired. The man paused for a moment and replied "Especially at first, this job can be hard on a family. Acting is rarely stable. In fact, most days it's feast or famine. You either have a great gig that pays the bills for a few months or you're left waiting tables waiting on the next offer to come in. It makes it hard to provide for a family and be there for them when you're needed the most."

Upon hearing that, my husband almost immediately gave up any dreams of Hollywood and instead, went to North Carolina State University to major in business. At the time, he wasn't sure what kind of business he wanted to pursue, but a few years down the road, the answer fell into his lap. His 85-year-old grandfather was thinking of giving up the family plumbing business and wanted to know if he was interested in taking it over. A B.S. in Business Management under his belt, he agreed this would be a natural next step. He studied for, took and passed his state licensing exam. We moved back to our sleepy little hometown, I took a job as a technical writer and he became a professional plumber.

For five years, he went to his grandparents' house every morning, suited up in his blues, and helped his grandfather get into the old work truck. Together, they would help customers, fix leaky pipes, repair commodes, install water heaters and just about anything else that anyone needed to be done. We went shopping for steel-toe work boots, learned how to repair them on a dime and make them last as long as possible, and invested in long johns for the cold season when winterizing a home was enough to chill you to the bone. We became a working man's family, used to long hours, emergency repair calls in the middle of the night, and a hamper that always smelled of metal fittings.

The job gave his grandfather something to look forward to. It gave my husband a chance to spend time with his grandparents. His grandmother would fix them breakfast and lunch and they made some of their most sacred and cherished memories around that small, modest white kitchen table during our newlywed years. With a minor in graphic design, he helped modernize the company just a little, giving it a new logo, creating a magnetic sign for the truck, printing business cards and even creating a website advertising their services. Yet, at the core, the business still had the same heart. They were still the two local plumbers that would help an elderly woman fix a running sink at midnight or install a fleet of new commodes in a shiny new office building with equal gumption and drive.

Now, his grandmother is in a nursing home and his grandfather has moved into an assisted living facility, spending most of his day driving to see her and spend time with her in the shared, communal living room. They are preparing to sell their little house in the middle of town, the one where they shared so many meals during those formative years. It's the same place I would bring my babies in the afternoon to help make apple pie, watch television or raid their incredible ice cream stash. My husband manages the company on his own, though he plans to expand in the future. Turns out, it's just not as fun riding around in the work truck without your trusted companion and mentor by your side.

We have two children now, and every afternoon we wait by the old screen door to see papa pull into the driveway. Even though I'm sure his day full of manual labor was exhausting, overwhelming and stressful, he still finds the energy to stoop down to their level, swoop them both up into his arms and twirl them around on the driveway as the sun sets. He's our hero and we are blessed to call him ours.

Today and every day, I am grateful to be yoked to someone who knows the value of hard work, is dedicated to his craft and gives so much of himself on a daily basis to provide a comfortable life for himself and those he loves. No, it's not as glamorous as a cushy office job. Yes, there are days when I wish he was home at 5:00 on the dot, wearing a suit I didn't have to deep clean every evening. Still, I wouldn't trade this setup for the world. He works hard and loves deeply and that is a combination that is not easy to come by in today's society. We are forever thankful to be on the receiving end of such devotion and will work just as hard to make sure he feels equally cherished.

Madison Franz
The Narrative
1120256
Photo by Brooke Cagle on Unsplash

Madison Franz
The Narrative
655598
Photo by Manny Moreno on Unsplash