Music in the night
Odyssey

Music in the night 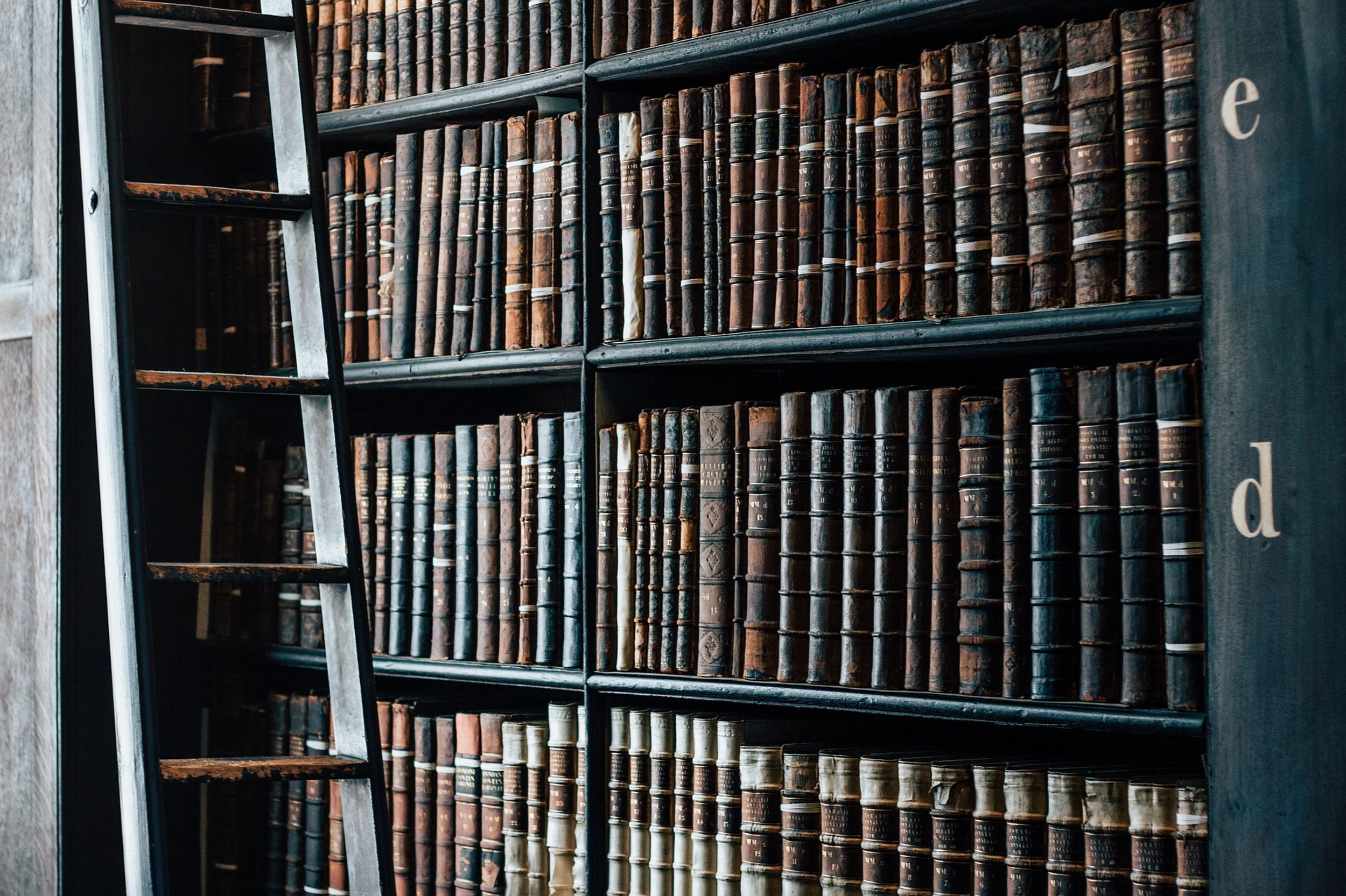 Books seem to become more pleasing to the senses as they age. Ancient bindings and the smell of crumbling paper have a certain appeal that is difficult to recreate with modern materials. But this graceful aging carries a curse. The old books last lifetimes as long as they are not handled. We are allowed to watch their spines crack and pages wither over the course of centuries, settling to read the revised editions as the originals waste away before us.

I do not recall the time of year, only that it was at night. I was working in the town library, moving a well-worn collection into our archives to be preserved for future scholars. It was a time-consuming task that required patience and delicacy. Being younger than the other librarians, I had volunteered to attend to this task after closing.

The squeaky wheel on my cart was the only sound that accompanied my footsteps through the aisles. A few lights still burned at the entrance and at the archive doorway, leaving great swaths of dark space between each location. However, I could have walked through that place blindfolded I knew it so well.

Thus, I was quite alarmed when my cart hit something. I heard heavy steps move away from me, pages rustling. Clearing my throat, I announced myself.

“Excuse me, the library is closed for the night.”

There was the sound of coughing followed by heavy feet shuffling about.

“My mistake,” a sickly voice replied. “I was still looking for something.”

“Which book were you looking for? I could probably help you find it if you’d like.”

There was another cough as I heard the stranger move closer.

“That would be appreciated.” He had foul breath. “It is a book of songs, local author.”

I visualized the labyrinth of shelves. We were in the history section, which meant that poetry and music would be two aisles over, regional works would be among those. Glad for something to distract me from cataloging the archives, I turned toward the music shelves.

Behind me, I heard the slow, noisy steps echoing after me. It was the first time I knew of anyone staying after hours, but I supposed it was not all that strange. Books appealed to certain readers, and if one book was worth searching this long, it must be truly special to someone.

“The book you’re looking for. It must be a good read to spend this much time trying to find it.”

“I’ve not read it yet.” He paused, starting to cough again. “But I was told that the music was worthwhile.”

“An odd way to think about music,” I thought to myself. But I figured that people can feel differently about such things.

We had reached the shelf.

“It should be somewhere around here. I will fetch a candle if you’ll wait here.” I was interrupted by the sudden brilliance of a match blazing to life. In its flickering light, I noticed something about this patron of literature. His fingernails were overgrown and sharp like claws, and rather than anything of modern fashion, his massive, bent form was covered in a threadbare cloak that hid his face completely.

“It is very close.” He stated with a note of enthusiasm. The hood began sweeping along the shelves, almost brushing against the spines. The light began to flicker out. As the darkness claimed the aisle once more, I blinked, realizing that I had been staring at the unusual figure. Without the light, I began to panic. Squinting, I could still make out the shape pressed against the shelves. At first, I thought I was mistaken, but after a minute or two of the sound, the sound of sniffing was impossible to ignore.

“I’ll go get that candle.” I found myself speaking to fill the silence. With that, I hurried as fast as I could in the darkness to the light by the desk lamps. My hands shook as I opened the drawer with the candles, I begged them to hold steady as I lit the wick.

The stranger met me on the way to the book. A thick book bound in cracked, black leather clutched in his arms. He was shaking.

“I see you’ve found what you were looking for. Now if you’d tell me the title and your name you can take it.”

The figure did not move, just stood there shivering slightly.

“I cannot do those things.”

“If you are stealing from the library, I will have to report it to the police. Don’t do anything rash.” I heard more composure in my voice than I felt in speaking. I was not ready for this. Nor was a ready for what I saw when he removed his hood.

He had no eyes, oddly enough my first thought was “how is he going to read?”. Instead of eyes there were mouths, tiny lipless mouths filled with pointy teeth. The same was true of its ears. His skin was a grayish hue, stretched against gaunt features. Instead of a nose were two slits that twitched with each breath. His proper mouth seemed to be normal, but as it was closed, that did not mean much. Short messy hair covered the top of his head.

“I need this book.” He repeated.

“What are you even going to do with it?” I managed to sputter.

The horror shook its head, replacing the hood. “I can give you something in exchange.”

“Something for your book.” I didn’t find the clarity to explain that the book belonged to the library and was not my own possession. “A song in exchange for this music.”

I sat, leaning against the bookshelf covering my eyes, shaking. The creature seemed to take this as an acceptance because soon the silent library was filled with strains of singing.

It was unlike anything I had heard, but I doubt I had heard any such singer. There were no words to the song, none that I recognized anyway. Nonetheless, it was wondrous. Impossible notes, in keys that didn’t exist. But instead of being entranced by the music, I was painfully aware of it. The song’s beauty had a darker refrain, something that seemed to whisper, screaming at times, that nothing mattered and that nothing ever would. Even as the song ended, I felt it echoing through the fibers of my soul, mocking me, as if my life were some sort pf joke.

I heard the heavy footsteps beginning to move away.

“What are you going to do with it?”

“You are right. I can’t read it.” There was a sigh of remorse. “With the right words, I can still taste them sometimes.”

I heard the door close, but I did not get up for at least an hour afterwards. The song still played for me in all its perverted glory.

I still hear it.