How To Have Proper Movie Theater Etiquette

Talking, Crying, Chewing, What Ever Happened To Movie Theater Etiquette?

The unofficial rules you should follow if you go to the theater. 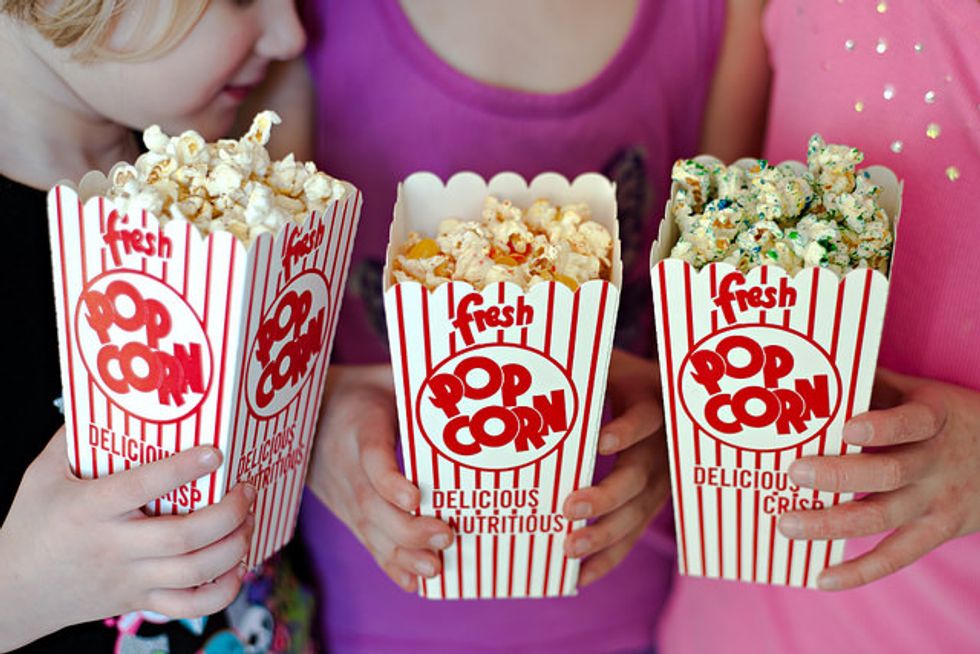 Movies are often made to be viewed on the big screen, which is why we go to the movies. I personally like the experience. The loud sounds, the big screens, the popcorn and candy, the darkroom. I pay a lot for that experience.

That's why, at the risk of sounding petty, I have to ask: Please, stop going to the movies if you're just going to be annoying.

I mean, whatever happened to movie theater etiquette?

It's like people have forgotten how to behave in a movie theater!

I know it might seem silly, but I pay too much for tickets and snacks to have my seat kicked and listen to other people whisper. I don't know when it happened, but people seem to be disregarding the societal rules we've established to make going to the movies fun. In case you're one of those people who've forgotten how to act, let me remind you.

Please, for the love of god, arrive on time. It's distracting when someone shows up late and is awkwardly maneuvering around people to find a seat. At the very least, sit on the ends of the rows instead of climbing over other people to sit in the middle of the row.

Along with that, please remember that there is limited space in the theater. Whether you're finding your seat or simply readjusting during a long movie, be mindful of the space you have. I don't want my chair kicked repeatedly because you can't get comfortable. If you're sitting in the middle of the row, don't get up repeatedly. Keep your elbows in if you're sitting next to someone. Respect others' personal space.

Turning your phone off is another way to show respect for your fellow moviegoers. I don't want to hear your cell phone ring. If, for whatever reason, you really need it on, please silence it. If you're expecting an emergency call from your sister in labor or you're worried about the babysitter, maybe you shouldn't be at the theater.

Since you're expected to keep your phone quiet, you should be quiet, too. I don't want to hear you and your friends whispering behind me for two hours, and no one in the theater wants to hear your commentary. If something funny happens, feel free to laugh. If something terrifying happens, you can gasp. If you're at the theater solely to get attention, please take your over-the-top reactions to a sporting event or something.

If I go to see the newest Disney-Pixar film, I expect to see children there and it doesn't bother me. I don't care if you bring your toddler to a children's movie, especially since it was made for them. I do not, however, expect children to be in the audience if I go to see the newest slasher film. In that case, I will be annoyed. I mean, come on — who takes their young children to see an R-rated in the theater?

And, like, I would expect anywhere else, you should be eating and drinking quietly. Wait till a loud scene to open that candy wrapper (or be smart and sneak your own candy in — you can buy it at Target and put it into Ziploc baggies that don't make noise and can hold lots of candy). Don't suck on the straw when you're clearly out of soda. Chew with your mouth close.

Please, have some respect for other people.

I don't want to come off as a snob, but there are certain rules for seeing a movie in the theater that people seem to disregard nowadays. It might not be a big deal to you, but it is to me. I go because I'm interested in the film being shown and because I want to see it on the big screen with popcorn and a slushie. The cost of going to movies is expensive, but it's worth every penny when I can actually enjoy it.

Theatre Used To Be The Opiate Of The Masses, Now It's Just A Luxury For The Rich