Why Modern Christianity Struggles: Loving God Before Living Like Him.
Odyssey

Why Modern Christianity Struggles: Loving God Before Living Like Him.

It's easy to say things; it's harder to do them. 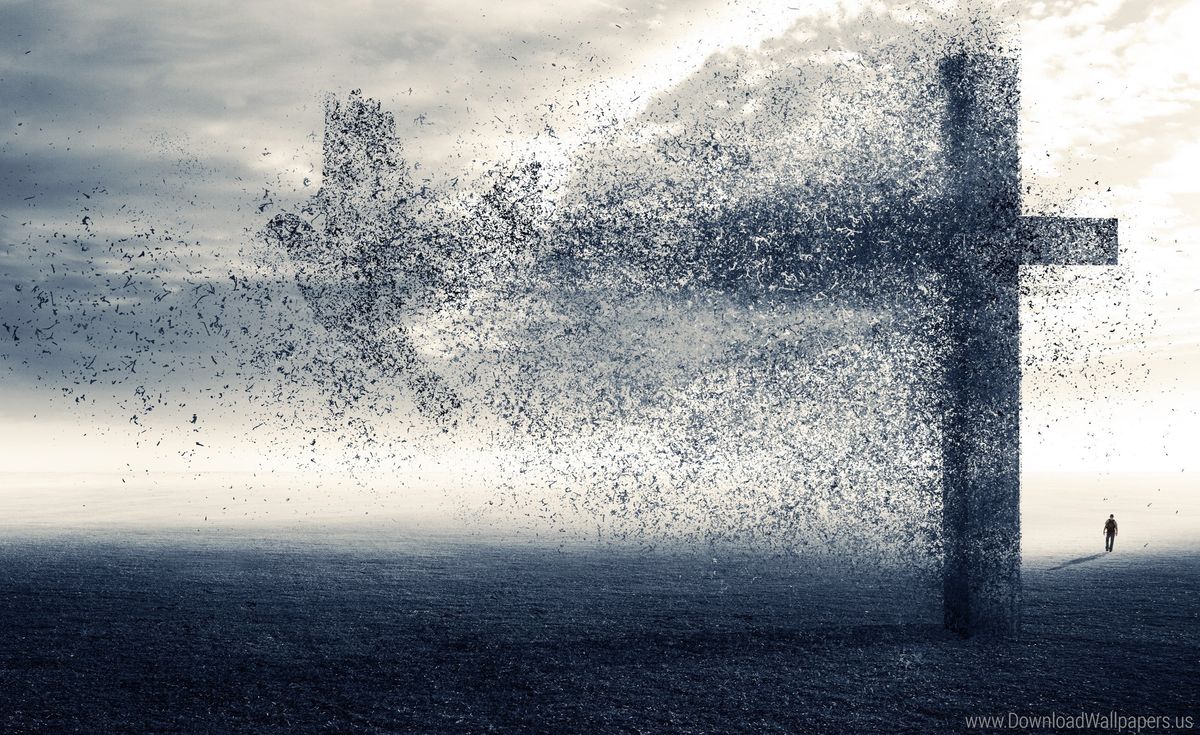 As a nontheistic child, my relationship with the Abrahamic faiths followed a rather typical path; one of adversity and trepidation. While not raised Christian, the mainstream, Protestant and Roman Catholic ideas of what exactly God was pervaded every aspect of life and society around me. Street preachers and overly zealous friends were always eager to outline the meticulous, excruciating fate Yahweh had in store for supposed “sinners,” and without a means of really knowing what it was that the Judeo-Christian god wanted, I was often left terrified by the prospect of burning for eternity for the simple act of not believing.

Reading the Bible wasn’t much of a help either. To anyone below a certain age, freed from the influence of a guiding hand to manipulate one’s reading of the holy book, the initial image presented by both the Old and New Testaments was one of horrifying violence and strict, unforgiving laws. Even with the concept of a “new” covenant to replace the one espoused by Abraham and Moses, the idea of Hell and persistence of suffering beyond death underlaid every verse, like a hammer ready to be brought down without notice, crushing anything deemed unworthy to walk in the light of creation. Needless to say, my attempts at understanding faith in the “one true god” (whose names were surprisingly numerous, despite it’s supposedly singular nature) always fell flat, and for a long while, I refrained from ever associating with the concept of a god.

Still, one can’t hide from the diversity of the world forever. As I entered higher levels of education, it was inevitable that I be brought into contact with increasingly foreign faiths. These faiths were held in the highest regard by the people I would soon be calling my friends, and to understand them, I had to dive deep into the practices they held sacred. As such, I revisited the Bible, along with many holy texts I had never considered touching earlier in life, and discovered a new world of understanding in their pages.

With that understanding, I came to understand the Abrahamic faiths as more than just justifications for tribal warfare and strict societal management. I took the time to read philosophical and theological works and analyses from all three descendants of the Hebrew Patriarchs (Judaism, Islam, and Christianity), and understood that there was inherent compassion in each. Still, with that understanding, there also came a stark and troubling knowledge of the failings modern worshipers had brought into each faith, the very reasons why children like myself were increasingly so repulsed by the concept of submitting to any force other than ourselves.

It all came down, I realized after a while of pondering the matter, to the actual effort put in by believers to follow in the footsteps of their god, and where that effort lead them. Muslims, for example, are on average incredibly hospital people, and stunningly devoted to adhering to the rules outlined by the Qur’an. They pray five times a day, travel across the globe on one of the most perplexingly elaborate pilgrimages in existence, and even go so far as to fast for an entire month. As a result, they come off as genuine, because they live in the exact manner that their god and prophet urged them to follow. It’s no wonder, then, why their faith is the fastest growing on Earth.

Christianity and Judaism, however, have both suffered a decline in numbers over the last few decades. For the Jews, this is only the result of two millennia of persecution by other religious and cultural groups, but for Christians, it largely lies in the inability for adherents of the faith to truly agree upon a singular lifestyle to follow, as well as their inability to follow it.

Most Protestant Christians follow the tenet of “Sola Fide”, or the concept that it is by faith and faith alone that their souls will be saved. Martin Luther espoused this idea when he split from the church, largely because he viewed acts-based salvation as a means by which the Catholic church could extort people for money; the more tithes you gave, after all, the more likely you were to buy your way into Heaven or purgatory. However, like many of Martin Luther’s ideas, Sola Fide was taken to an unfortunate extreme by those who chose to follow him. While it deemphasized the need to give money to the church, it strengthened a false perception that one could easily walk their way into paradise by proclaiming the name of God, abstaining from what they view to be sinful, and then not worrying about anything else.

Such is, ironically, the opposite of what Christ prescribed in his ministry. Time and time again, he calls not for austerity and isolated sinlessness, or for solely preaching to others, but for action and charity to be given, to the utmost extremes of what can be given. To “lay down one’s life for their friends” (John 15:13), “sell your possessions and give to the poor,”(Matt. 19:21), and “love one another as I have loved you”(13:34) are the key laws he lays down for his covenant to Christians, as opposed to the strict, unforgiving mosaic law he criticizes people like the Pharisees for following instead of their compassion. The evangelist James and John even state that “faith without works is dead”(James 2:26), and that love is greater than faith, clearly emphasizing that it’s service to one another, to the point of disregarding one’s own physical comforts, that proves true loyalty to God. After all, as John says, “Whoever claims to love God yet hates a brother or sister is a liar. For whoever does not love their brother and sister, whom they have seen, cannot love God, whom they have not seen”(John 4:20). These Brothers and sisters are not only other Christians, but also (and perhaps even more so than the faithful), those who the law of Moses reviled as wretched; sinners, transgressors, and those who don’t fit the frame of what society deems to be normal.

Many Christians today believe that street preaching and shunning those of different lifestyles is proof enough of their faith. Even when they do associate with supposed sinners, it’s often with an implicit and condescending attitude, one which shows that they tolerate the existence of others only because they think it will get them into Heaven. It’s the sort of attitude which drove me and countless others away from the faith, and is the opposite of what Christ wanted. He emphasized that it’s our love for one another, before our love of God as a separate bing, or our desire to receive a divine reward for our deeds, that proves we truly understood what he taught. It’s when we give up all we have, placing deeds before prayer and unconditional sacrifice before communion, that we come to live in God’s light, enveloped in true love that is without requisites or presumptions.

While I’m not a Christian, my study of Christianity and other religions like it has helped to deepen my appreciation for what the Messiah taught. It teaches a path that is not narrow because of any laws, but rather because it requires one abandon their egos entirely in lieu of helping the whole of mankind. It is to walk exactly as Christ did, always striving against the desire to live for oneself alone, and to offer up your whole life in service to better those of others, regardless of the lives they live. Muslims seem to understand this well enough, and live much as Muhammad did; if Christians did the same, perhaps fewer people would be so turned off by their faith, and fewer children terrified of their God.

Caitlin Marie Grimes
University of South Florida
7851
Beyond The States