Being A Moderate Doesn't Make Me A Nazi

Being A Moderate Doesn't Make Me A Nazi

Learn fom my experience so you don't force the same ignorance onto others. 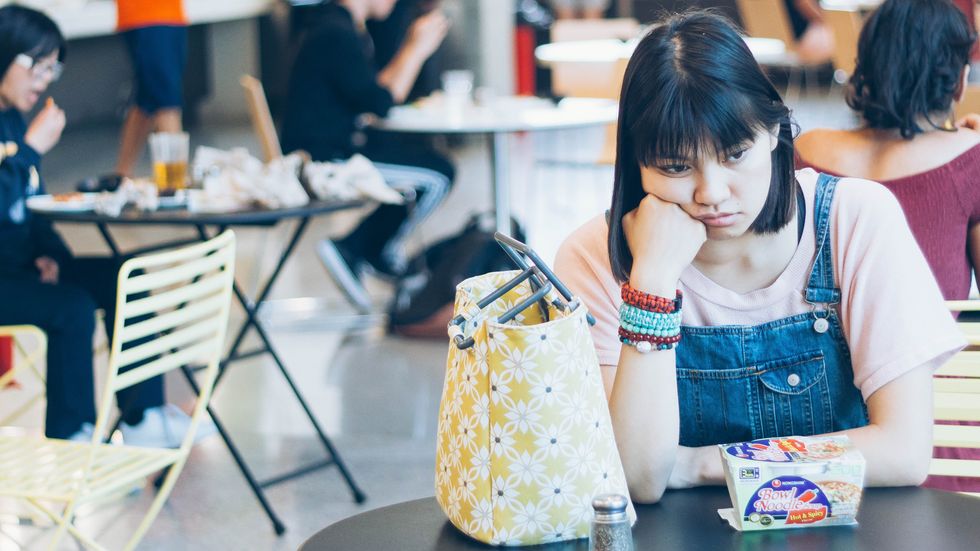 The first thing I would like to say is your political beliefs are only your own.

However, there is a recent experience I have been through that called my attention to write this article. As you've read in the extreme title, this experience was not fantastic.

I have just finished my first week at a liberal arts college with a blazing headache that isn't just from the amount of work they have given us. No, the main source of my headaches have been the school chat on a Discord server.

Now, I have been exposed to the extreme right side of politics since a young age. There would always be that one student carrying a Trump flag on their backs around school or that one person giving a million reasons as to why we need a wall. I had gotten used to seeing that kind of behavior from my peers. However, I have never seen or experienced the other side of the spectrum until this week. The very first week of college.

My friends were in the server a lot more than I was. I was mostly focused on making friends outside of the internet or doing my work on time. I never really went onto the server or had a reason to until someone mentioned how there was a huge fight going on. In the chat where the argument was being held, there was a person — known as person A — saying that being a centralist (moderate) means not caring about oppressed people. This came after a friend of mine told her that he was a centralist that leaned a little more to the right. Which is nothing bad. It's just another political view.

After person A made that comment, everything seemed to blow up around us. The amount of hostility with every word they texted seemed to slap my friend's face without the need for them to even be there.

"So does this mean you sh*t on other people's right to live?"

"You're being a fascist,"

"You're no better than being a nazi,"

"You're oppressing millions of oppressed people with your beliefs,"

"Your self-proclaimed idealogy is wrong and supports oppression which is just like what the nazi's did,"

It was a mess. Everyone was in disarray after those statements.

Person A — my friend — tried to defuse the situation, but ended up adding fuel to the fire. I was shocked and horrified that someone like that really existed. Someone so full of hostility and assumptions just based on people's political views. Even the extreme rights back at my hometown seemed like saints compared to the things my friends and I were being accused of being and doing.

Person A really believed that being a moderate or rightist made someone a fascist and a nazi?

It was too shocking to believe but the text was written perfectly clear.

No, Person A, being a moderate does NOT make anyone either of those things.

A moderate person in politics is a person who does not go towards either side on the political spectrum. Another name for moderates is centralist, which refers to being in the center of both sides.

To be moderate is to say you don't have any particularly strong views towards either side, which is perfectly okay.

For a bit of clarity on the insults and accusations being sent our way:

Fascism is a form of authoritarian ultranationalism characterized by dictatorial power, forcible suppression of opposition and strong regimentation of society.

A Nazi is a member of the National Socialist German Workers' Party that believed in intense nationalism, mass appeal, dictorial rule, and was created by Adolf Hitler.

I did find it interesting to know a good amount of college students at my university considered themselves to be moderatists. In all honesty, it makes sense as to why a person would want to be a moderatist over leaning towards any direction. College students usually don't know exactly what their beliefs are. Especially during the first bit of it. Most of the students would want to have more information in order to have a solid, set idealogy for any side.

Personally, I believe we all need to accept and understand each other's perspectives on politics/every day things in order to progress as a society. Yelling and insulting other people will only cause hostility and make others uncomfortable.

Hopefully, people will be able to understand that before it's too late to turn back from the extreme lives they live.